Saoirse Noonan’s second minute goal was crucial as Cork took charge of Group 1 of the TG4 All-Ireland Senior Championship with a slender victory over neighbours Kerry.

Victory over Cavan in Birr next Sunday will guarantee Ephie Fitzgerald’s side a spot in the last four, but they were made to fight all the way for this win, as ten points from Louise Ní Mhuircheartaigh almost carried Kerry into the knock-out stages.

Playing against the wind in the first-half at Austin Stack Park in Tralee, Cork got off to the perfect start. After 30 seconds Ciara O’Sullivan kicked their opening point from the right, and in the second minute Áine Terry O’Sullivan laid on the pass for Noonan and the Nemo Rangers player hit the net.

Noonan had a second great goal chance in the fifth minute, but she chipped over the bar to give her side a 1-2 to 0-0 lead. 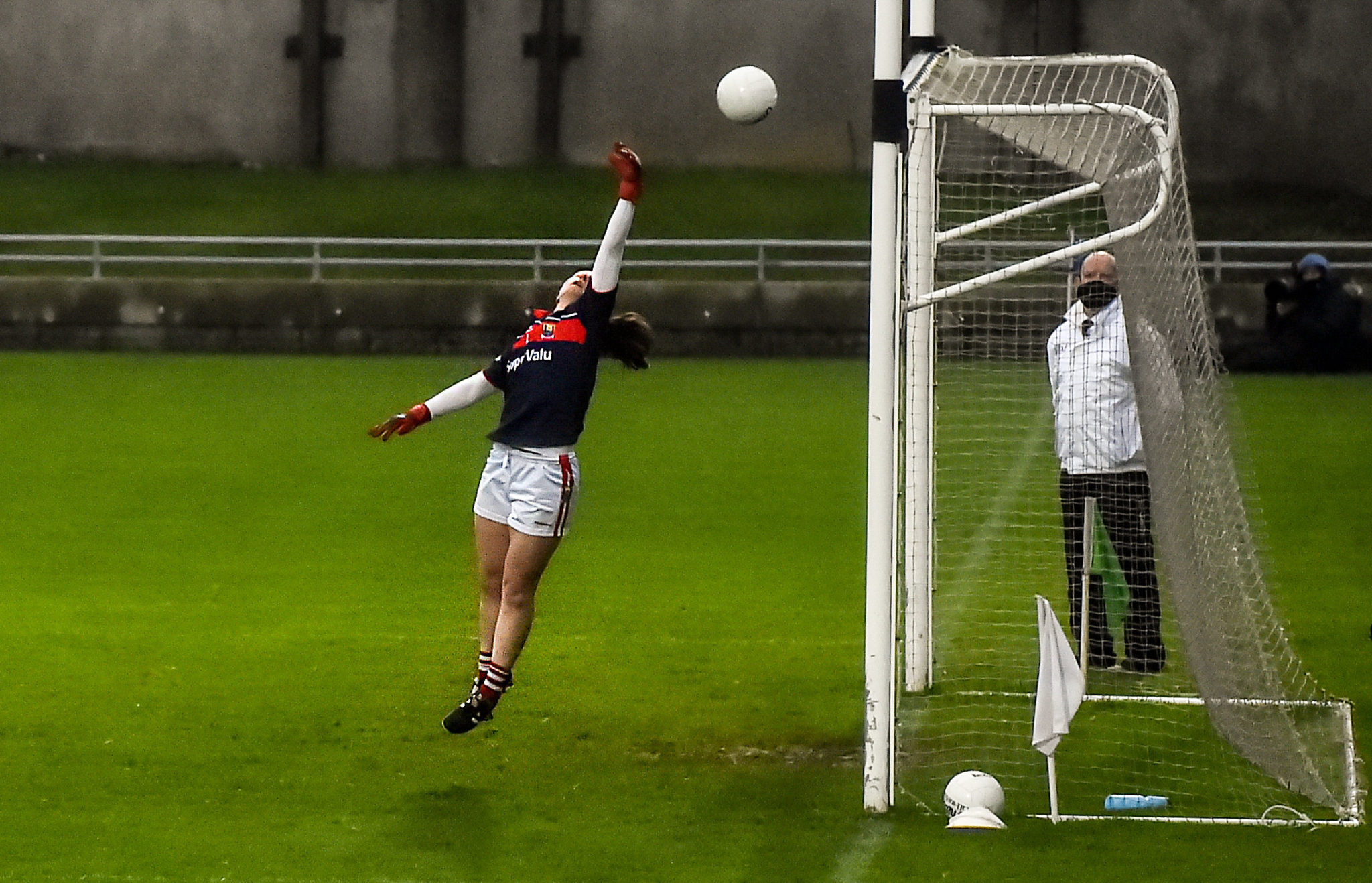 It was a fierce start from the Rebels, but Kerry soon found their groove. It all started with an excellent effort from the right, which captain Anna Galvin curled over, while a Síofra O’Shea point on the run further settled Kerry.

From there Ní Mhuircheartaigh took charge of the action. A free and a point from play got her on the board, before she curled over a second free from the left to level matters in the 16th minute.

Cork managed to wrestle clear as Doireann O’Sullivan scored from distance following Ciara O’Sullivan’s good work, but both sides also left goal chances behind them. Andrea Murphy hit the side net for Kerry, and 60 seconds later Orlagh Farmer saw her shot crash off the crossbar at the other end.

A couple of frees from Ní Mhuircheartaigh were matched by Orla Finn before half-time, and although Martina O’Brien denied Murphy a goal, her shot went over the bar via the crossbar and Kerry led by 0-9 to 1-5 at the interval.

Sensing defeat Kerry rallied again and Ní Mhuircheartaigh landed two frees, and after Doireann O’Sullivan put three between the sides again, Hannah O’Donoghue was hauled back by Ciara O’Sullivan as she sought to get the breakaway equalising goal.

Ní Mhuircheartaigh’s free cut the gap to two with time ticking away, but there was still time for Noonan to cap a fine display with an excellent score at the death.