Over the next two months on OTB AM, we will be appointing a county representative from every one of the 32 to choose their sporting Mount Rushmore, with Mayo up first.

Nathan Murphy was appointed the man with all the pressure on his shoulders for the green and red selections, and after a sleepless night has finally come up with his top four.

We will be going through each county in detail across the coming eight weeks, and we do want to hear your suggestions!

Our own Beast of Ballyhaunis said he was finding it difficult to choose his last two for the list in particular.

"There are two stand-out candidates that are automatically straight on the list, and then there's about ten people fighting for the last two spots..."

Without further ado, here is Nathan's explanation behind his Mayo Mount Rushmore choices:

"[She] is quite simply the greatest ladies footballer of all time, and Mayo's greatest footballer. Cora Staunton - nobody but nobody can dispute her place on Mayo's Mount Rushmore." 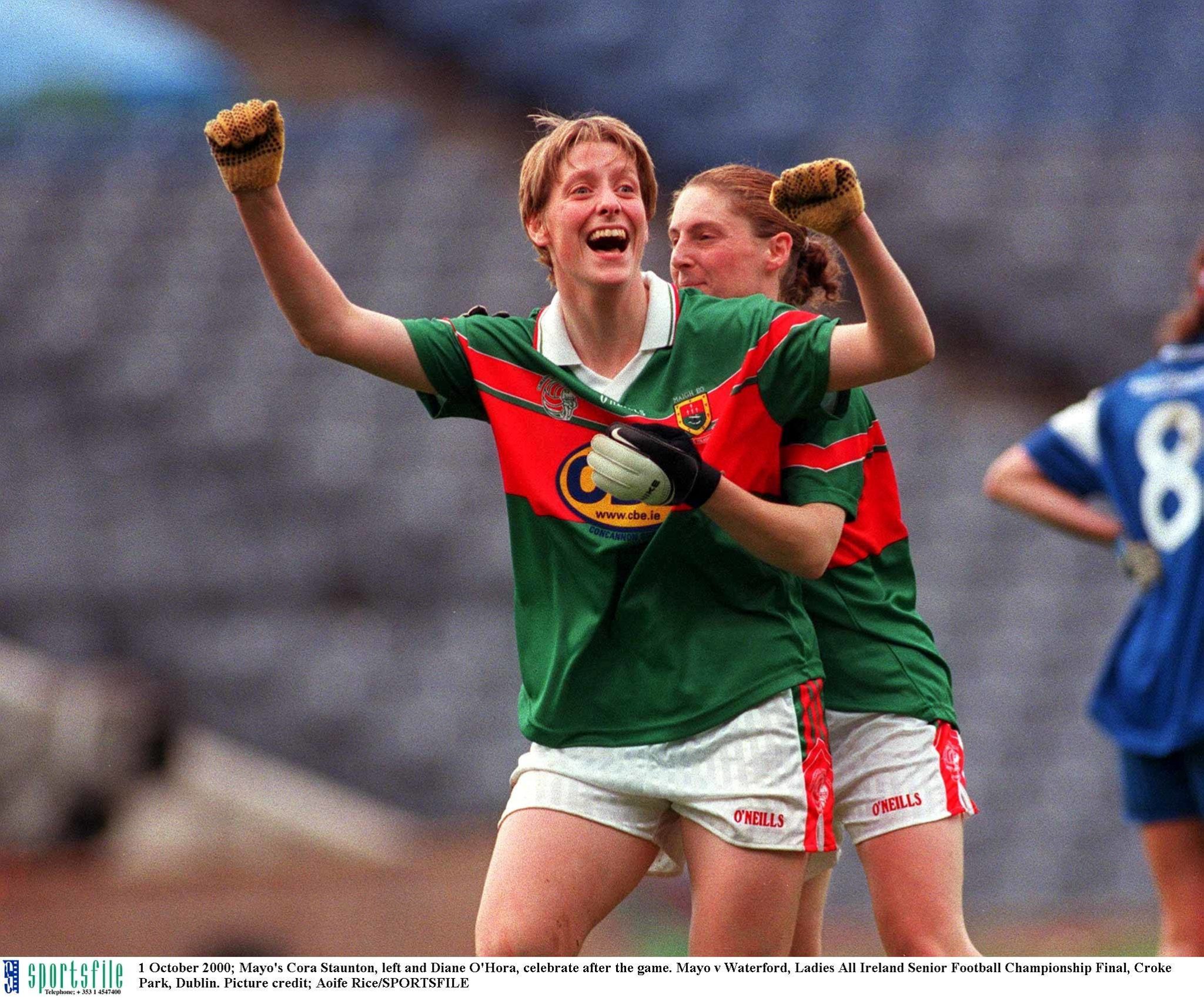 "There are two real icons in Mayo - Croagh Patrick, and Liam McHale's legs.

"Liam McHale's legs alone would deserve to get him onto this, but add in the fact he's one of Mayo's greatest ever footballers, and what he did with the basketball team in Ballina in the 1990s earns him his place.

"There are many of them who have lost two or three All-Ireland titles. So the fact that he's won two National Cups and a Super League with Ballina, in that glorious era of basketball in this country, I think Liam McHale for that reason deserves his spot. 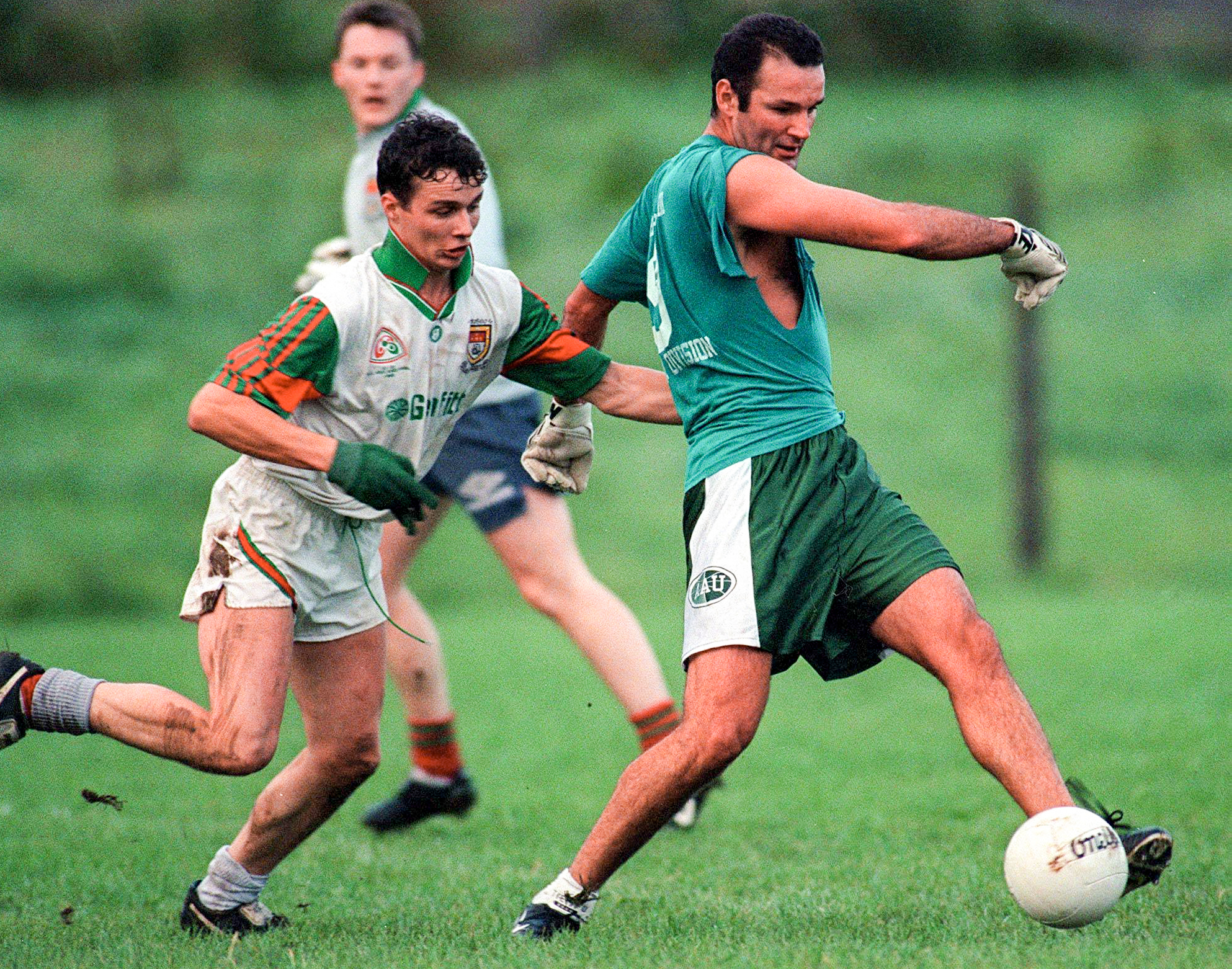 "After much consideration, and blinded by the fact that we give him so much abuse on a regular basis, sort of ignores the ridiculously good career he has had... he is Mayo's greatest celebrity fan now - my third choice is Kevin Kilbane.

"One hundred and ten caps, Kilbane has one of the most ridiculous records in modern-day football. Ten consecutive years of international football without missing a competitive game, 66 straight games!

"It's insane! We love to take the piss out of him, but what he did... fourth-highest all-time caps holder. We need a bit of variety in this list, and Kilbane is without question Mayo's greatest ever soccer player.

"He wears the county on his sleeve, in his heart, wherever he goes in the world, over in Canada he's jogging around at the moment, fully kitted out in his Mayo tracksuit.

"Ten years in the Premier League... and to go ten years without missing a competitive [international] game is just ridiculous."

Ger was adamant Nathan only picked Kevin to get an invite to his wedding and help him get a deal from the Mayo tourism board, but the above arguments give the 43-year-old a solid claim. 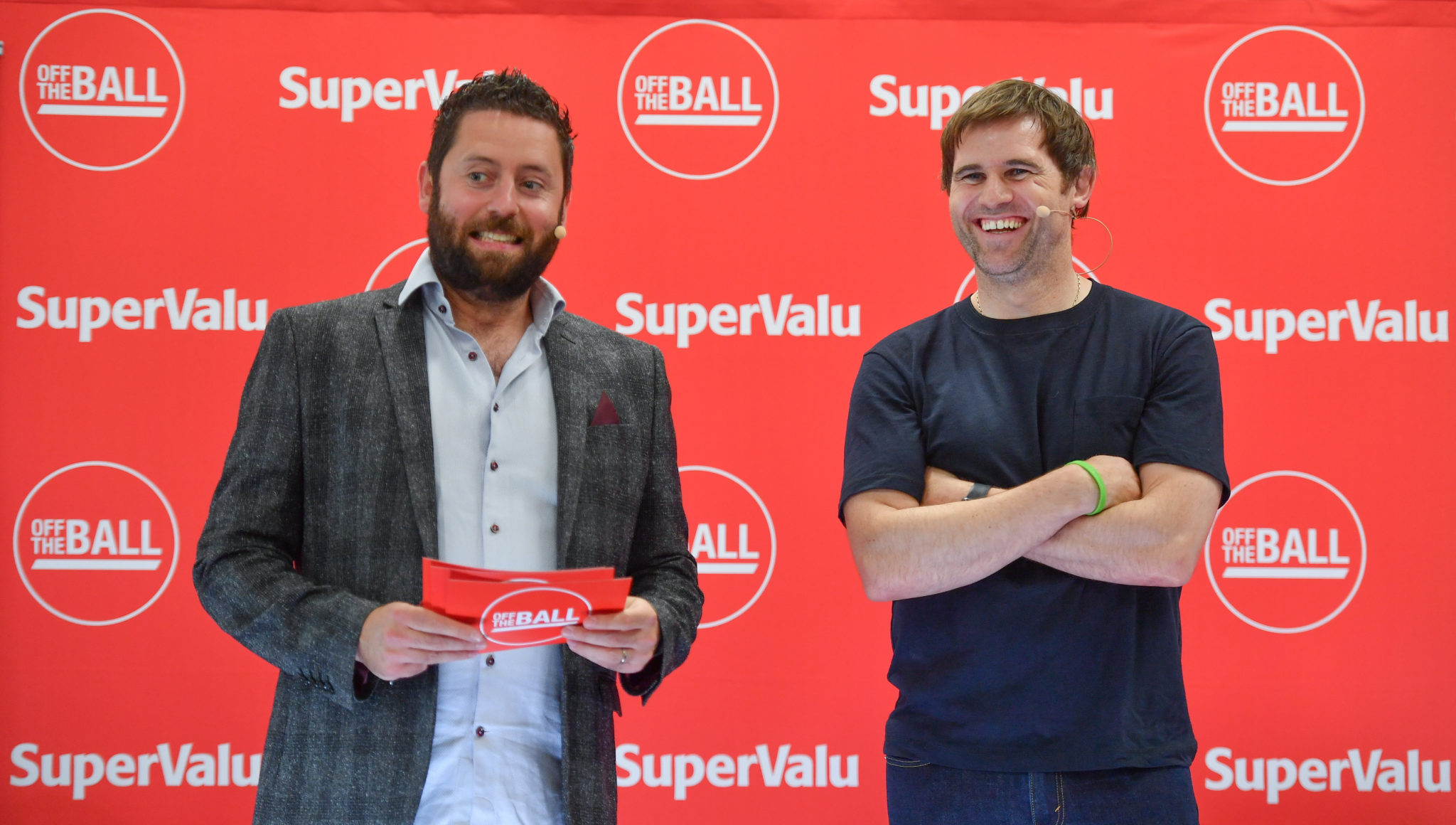 7 August 2019; SuperValu, Irelands largest grocery retailer with over 220 stores nationwide, teamed up with Irelands leading sports broadcasters, Off The Ball, to bring their award-winning show on the road this summer, to celebrate SuperValus 10th year as sponsor of the GAA Football All-Ireland Senior Championship. Joined by a host of special guests, the SuperValu Off The Ball roadshow landed in CLG Acla, Achill, last Wednesday, 7th August. In attendance at SuperValu Off The Ball roadshow are Nathan Murphy, Off The Ball, and Kevin Kilbane, Former Republic of Ireland Footballer and Off The Ball Presenter, at CLG Acla in Achill, Co. Mayo. Photo by Sam Barnes/Sportsfile

Nathan ackowledged this was the most difficult decision to make, and having the last face sculpted into Mayo's Mount Rushmore is an honour any of these names would be worthy of.

Former Manchester United and Scotland star Darren Fletcher, does he come into the mix? A second-generation Mayo man with a holiday home in Achill.

We also saw a social media campaign waged for European and World amateur boxing champion Ray Moylette - as Nathan says "unfortunately you do not make Mayo's Mount Rushmore - YET. There is still plenty of time in his career." 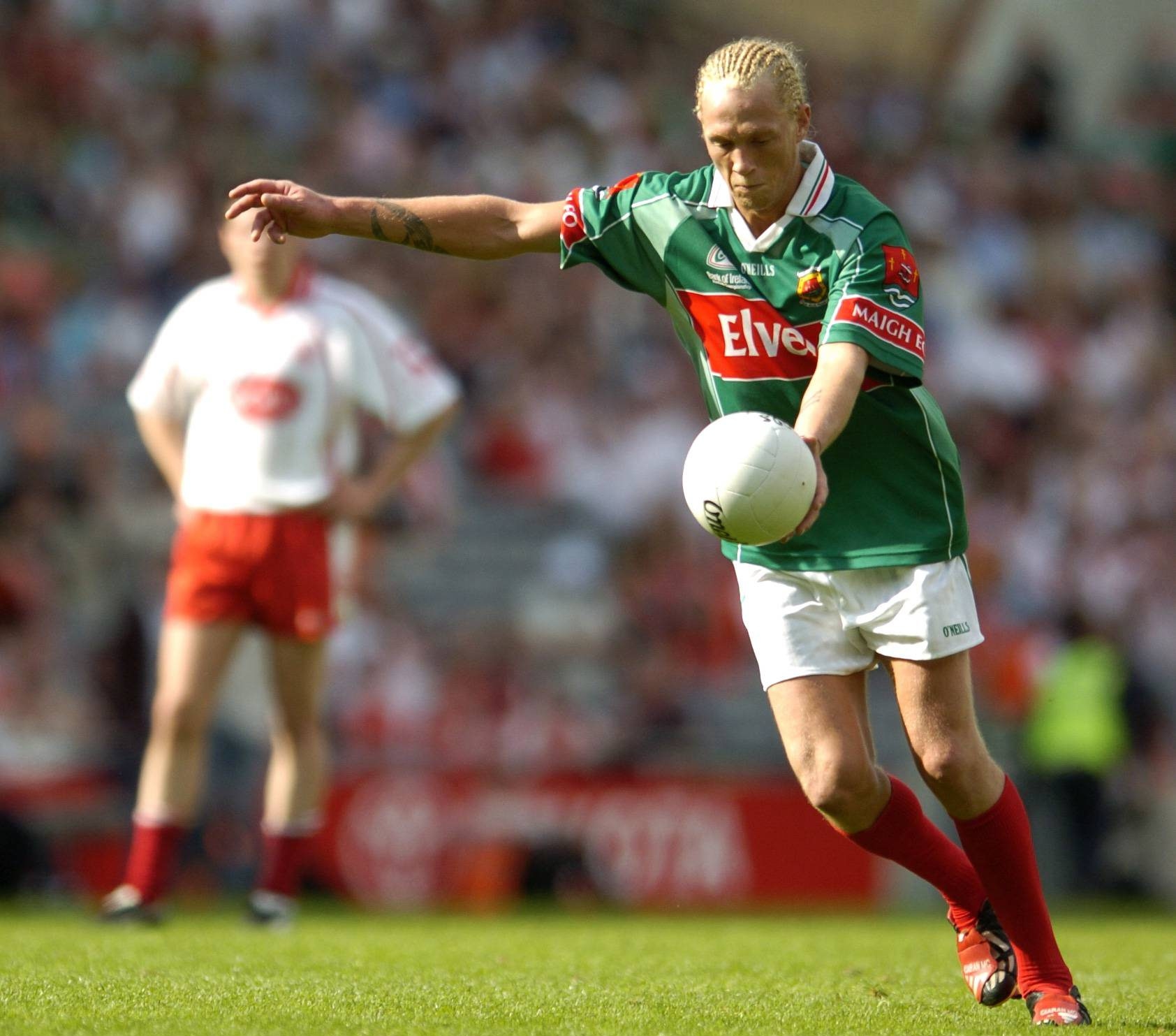 Nathan also mentions athlete Sinéad Diver... five-time Olympic medalist Martin Sheridan (over 100 years ago)... Dermot Flanagan and Tommy Langan, the two members of the 1951 All-Ireland-winning team that ended up on the Team of the Millennium...Willie Joe Padden "was a name that came up again and again and again"... David Brady...Lee Keegan and Andy Moran, the county's only two Footballers of the Year.

The final decision came down to Lee Keegan, Martin Sheridan and Ciarán McDonald, but Nathan ultimately went with the latter.

"Ciarán McDonald sums up everything that Mayo is about. It's not necessarily about the medals, it's about the story and the mystique, the journey. He has all of that in spades.

"And it's hard to imagine a Mayo Mount Rushmore without Ciarán McDonald's cornrows. It would be a difficult thing to sculpt it's gotta be said, it's gonna probably add several years to the construction."