Speaking on Tuesday's OTB AM, Cuthbert explained that there had been considerable "apathy" surrounding the code in recent years - including during his own spell in charge.

"People were looking for a roadmap, a plan of how we go forward. Obviously over the last couple of years, including my own time with Cork, our performances weren't good enough.

"At the stage where we're at, there was quite a lot of apathy on the ground in Cork.

"People were just moving away from it and footballers were losing more and more support. I'm sure they too were feeling a small bit left alone. The plan has given a new lease of life to the set-up and to the Cork football family."

Over the last couple of years, including my own time with Cork, our performances weren't good enough... 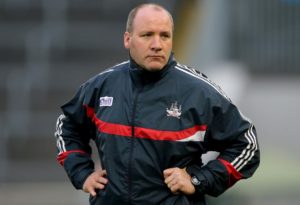 He went on to stress the importance of the report being organic from those involved in Cork GAA and that it addressed their issues alone - touching on last week's theme of returning 'Corkness' to the county.

"Cork has particular issues and particular strengths. They have particular traditions and all these factors have to be central to the plan. If you borrow from somewhere else - 'this is what Dublin did or this is what Kerry did' - it won't work.

"In our own context, we're very aware of the challenges that we have. The plan represents a road map around those challenges and to move Cork football forward."