Tipperary's Michael Quinlivan joined OTB AM after their incredible Munster title win on Sunday against Cork.

Quinlivan was relatively fresh considering Tipperary ended an 85-year Munster hoodoo, saying this was 'not what I envisaged' for 2020.

The remembrance of Bloody Sunday's centenary played  a major part in the occasion and Quinlivan spoke of the effect on the Tipp players.

"I sat at home on Saturday evening watching the commemoration with my parents, and none of the three of us spoke to each other. There wasn't a word said.

"Then you start to realise that it is worth a little bit more. When you walk into the dressing room in Páirc Uí Chaoimh and the jerseys are hanging on the wall then you really do start to realise.

"You have two options then. You can let it overtake you and freeze in the moment, or else you can roll with it and make it make you ten foot tall.

"I think, hopefully, we decided to go with the second option. We thundered into the game, especially in the first five or ten minutes. We started really well and managed to keep that going then throughout."

Quinlivan on Tipp playing with a smile 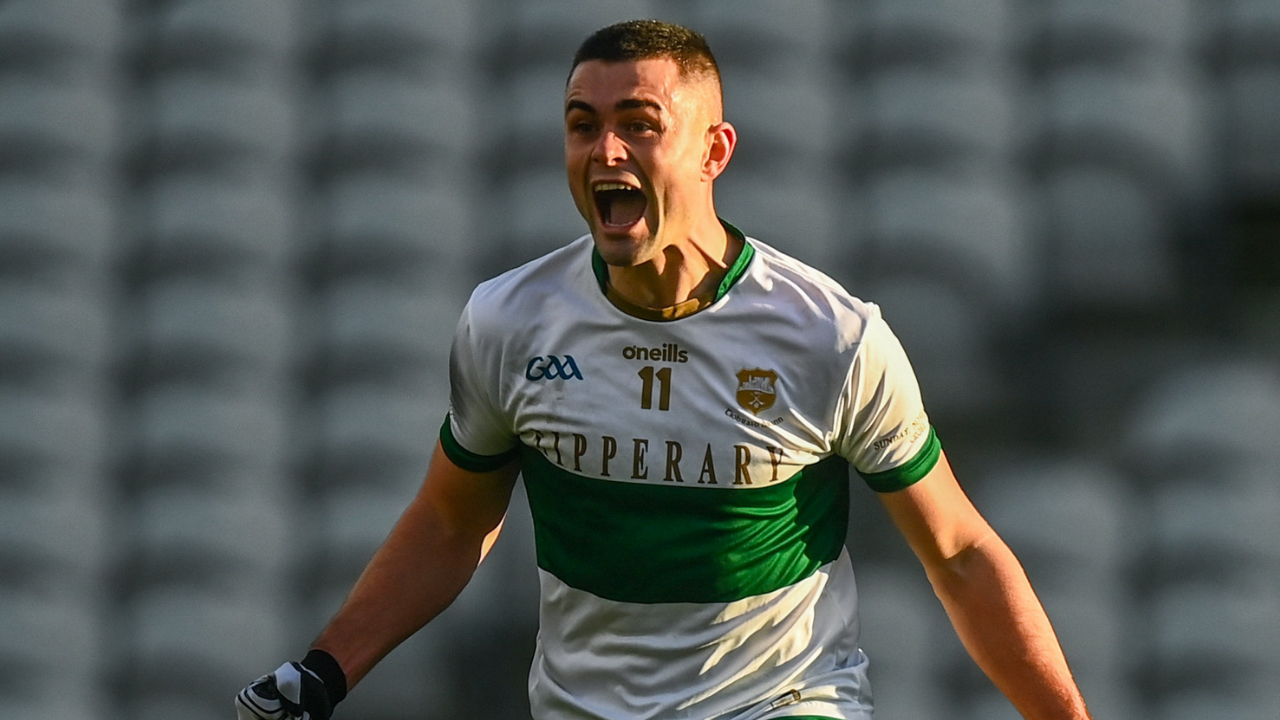 Quinlivan respects that hurling is the primary sporting concern for the Premier, but hopes that Sunday's win might encourage some youngster to play with the big ball too.

Given the fun that the Tipp players seemed to be having on Sunday, it should be a great advertisement for the sport in the county.

"I wasn't laughing during the game but a hell of a lot of that team would have known each for a long time. When I kicked the ball, I looked over at Coleman and he was just laughing at me, thinking 'I dunno, it must be your day today!'

"I couldn't stop laughing at him. I can't take him seriously on the field at the best of times, so that's where that came from! But it's much better to be playing football with a smile on your face."

Emotional @TipperaryGAA boss on their historic win, on a historic weekend | #Tipp https://t.co/XPBiAJTjDl

It was a smile shared from the touchline as well, and Quinlivan let us into the power of David Power.

"David is brilliant - he has been immersed in Tipperary football for such a long time.

"2011 was when he first came on the national radar but within Tipperary he had taken underage teams all the way up and you would have seen him at the matches with his dad, Michael.

"His love for Tipperary football goes well beyond what you would be able to see on the screens. He is brilliant to pull a management team together and he really gets buy-in for his players.

"We have continuously delivered for him and hopefully we can keep it going now."

Next up for Tipp is Mayo, who will prove to be a tough ask for the Premier lads, but Quinlivan is confident that a fit and firing Tipp side can put it up to them.

"We are going to be underdogs for a reason. Mayo are a very, very good team that have blooded some brilliant young players this year and have been able to mix that with some very experienced players off the bench to close out games. They are going to be a tough team to beat.

"We are under no illusions that it is going to be a similar situation to what we dealt with in Cork. But we have that experience of having been in there for an All Ireland semi-final before.

"The fact that we are Munster champions does give us an extra bit of confidence as well. I don't think that it will count for much once we get out on the field because the Championship is just a completely different ball game and when you go to Croke Park that is when the real fight can start.

"But we'll dust ourselves down, we'll enjoy it but we know full well that they are waiting for us."

'Can't send them to a Hunger Games isolation camp!' | Jamie Wall on GAA