Money and the GAA has dominated the discourse in the build-up to the beginning of the 2019 Allianz national football and hurling leagues this weekend – and this morning Paul Rouse joined OTB AM to discuss how he believed the GAA was moving away from its founding principles.

Rouse, a UCD historian and Offaly Football manager in 2018, also debunked the claims from the GAA president John Horan, this week that there have been no price increases to inter-county match day tickets since 2011.

Rouse highlighted the increase of five euro in 2017 at the quarter and semi-final stages as contradictory to Horan’s remarks.

“Although there have been claims that there has been no price increase since 2011, and that has been said by, for example, the GAA President John Horan, it’s just not true”

“The GAA press release came out and it said that there was no major review of ticket prices since 2011. Now that is the ultimate in spin, its utterly disingenuous and it leads you to believe that there were no price increases since then,” said Rouse.

“But there has been a series of price increases since then, most notably, for example, in 2017, so memories cannot be that short, of a fiver being put on ticket prices for the quarter-finals and semi-finals, so the notion that there have been no price increases from 2011 we can just dispatch that straight away”, he added.

Horan had said: "I think history will show that, you know, we raised it in 2011, we're going up in 2019, when will the next increase come? It may not come for another eight to ten years. So, in an 18-year time frame if you raise your prices once I think that's reasonable.”

Now that is the ultimate in spin, its utterly disingenuous and it leads you to believe that there were no price increases since then 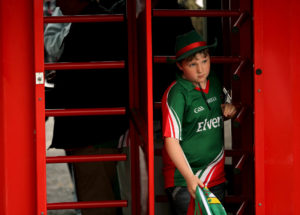 Paul Rouse highlighted the misinformation regarding prices into the media by Horan and the GAA press release was being accepted as fact, stating former Monaghan player and pundit Dick Clerkin’s use of the stat on OTB AM as one example.

“And it has had an effect because it has been picked up by other commentators that there have been no price increases since 2011, for example, on your show earlier in the week Dick Clerkin said it and its just wrong."

Regarding points made from the GAA that the economic recovery was part of the reason for price increases, Rouse said that All-Ireland tickets were now higher than they were at the height of the Celtic Tiger.

“The ticket prices for an All-Ireland Football or Hurling final are now 30% higher than they were at the height of the madness of the Celtic Tiger”, said Rouse.

“The League prices for division one and two matches are at least 33% higher than they were during the Celtic Tiger years”, he added.

Paul Rouse expanded on the above points in his brilliant Irish Examiner column remarking that the GAA was moving away from its founding principles.

Debate has raged all week around the GAA’s decision to raise the price of tickets to the Allianz Leagues by five euro, and All-Ireland finals to €90 - with Dick Clerkin, Anthony Moyles and Tommy Walsh all weighing in with their thoughts, you can catch up on all of that here.