Galvin said in a statement released via social media that he and his family have moved back to the west of Ireland due to the COVID-19 outbreak in Dublin.

"My business has also undergone significant growth in the past few months and needs attention," Galvin said in the statement.

"I have enjoyed the past 16 months watching, coaching and promoting football in the county since June 2019.

"I would like to thank the Wexford County Board for the opportunity and support.

"Thank you to the players and backroom staff also. I have strong belief in the talent in the county.

"I wish everybody associated with Wexford football success in the near future." 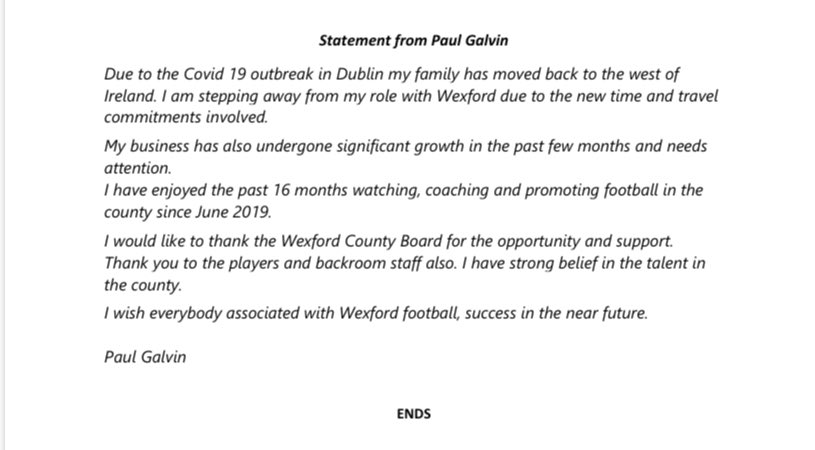 Wexford GAA accepted the decision made by Galvin, and released a statement shortly after.

"It is without doubt that Wexford football is in a much stronger position thanks to [Galvin's] efforts during this time, which is reflected in the senior team's results to date which have placed the side in contention for promotion from Division 4 of the National Football League," the statement said.

"The role of an inter-county manager is a constantly evolving one with an ever-increasing level of commitment required, and particularly so this year in light of the pandemic.

"We appreciate and understand the changes in Paul's personal circumstances which have led to his decision and we wish paul and Louise well in their new home in the west of Ireland and their new business endeavours."

Filling in the newly-vacated role, Wexford have announced that Shane Roche will step in as a interim Senior Football Manager for the remainder of the 2020 Inter-County season, ahead of the upcoming National League and Leinster Championship. 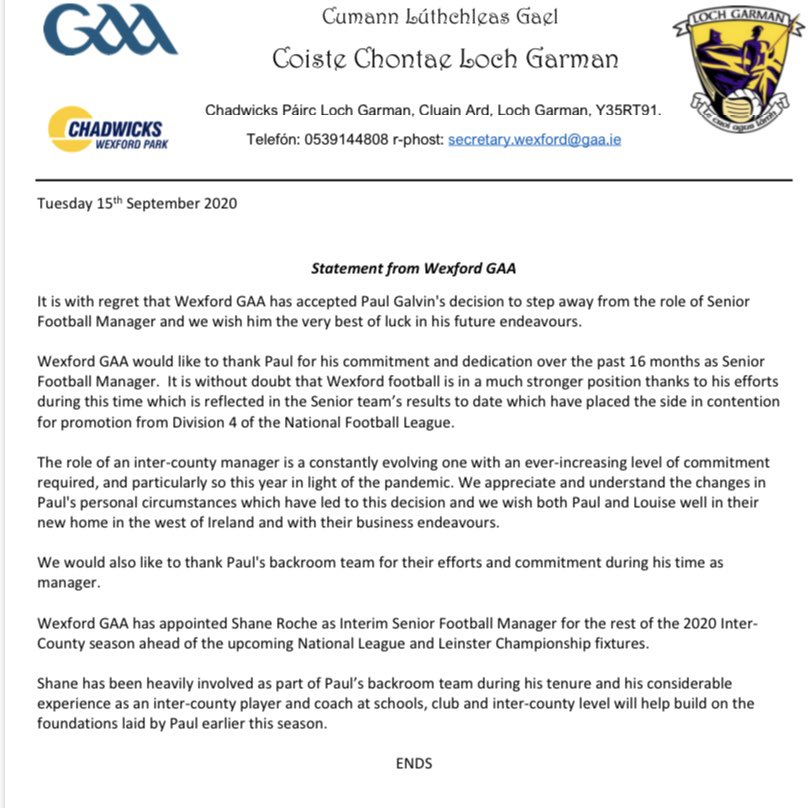 "Shane has been heavily involved as part of Paul's backroom team during his tenure and his considerable experience as an inter-county player and coach at schools, club and inter-county level will help build on the foundations laid by Paul earlier this season," Wexford's statement said.

GAA say no resumption of activity until Easter at the earliest