With sport at a standstill the world over, Antrim's Paddy Cunningham spoke to Off The Ball about his inter-county comeback after a six-year absence and how it may now have disappeared before really getting (re)started.

Sligo's footballing fraternity isn't alone in assuming that fortune shall shine brightest on them sooner or later. It was this, perhaps, that drove fans in their numbers to Markievicz Park for the county's opening home game of the league campaign against Antrim in early February.

After a winless 2019, their defeat of London in Ruislip the week before had given Paul Taylor's side the air of a team that could look up and wonder what might be.

Young, hungry and willing, the promise alone of witnessing Red Óg Murphy, a teen-aged AFL recruit who had opted to leave Melbourne for Sligo's full-forward line, surely tempted more than yours truly alone to make the journey back to the north-west.

Without fail, Murphy delivered on the hype scoring 0-3 from play. Yet, this day belonged to a counterpart nearly 15-years his senior in the Antrim forward line.

"Who is that number 13 for Antrim," came an inquiry from my left. "God, he never misses," affirmed the person to the right. The designated program-holder in the middle, one needn't look down so as to inform my parents that this was Paddy Cunningham.

"I suppose it was unknown to me how I would do when I came back," the Antrim forward explained to Off The Ball over the phone. "I just knew in my head that I wasn't done yet.

"In hindsight, I wish I hadn't waited this long."

At 34, Paddy Cunningham has returned to the Antrim set-up after a six-year absence. Just as things were getting going again, fate found a fresh and exciting new way of toying with him. 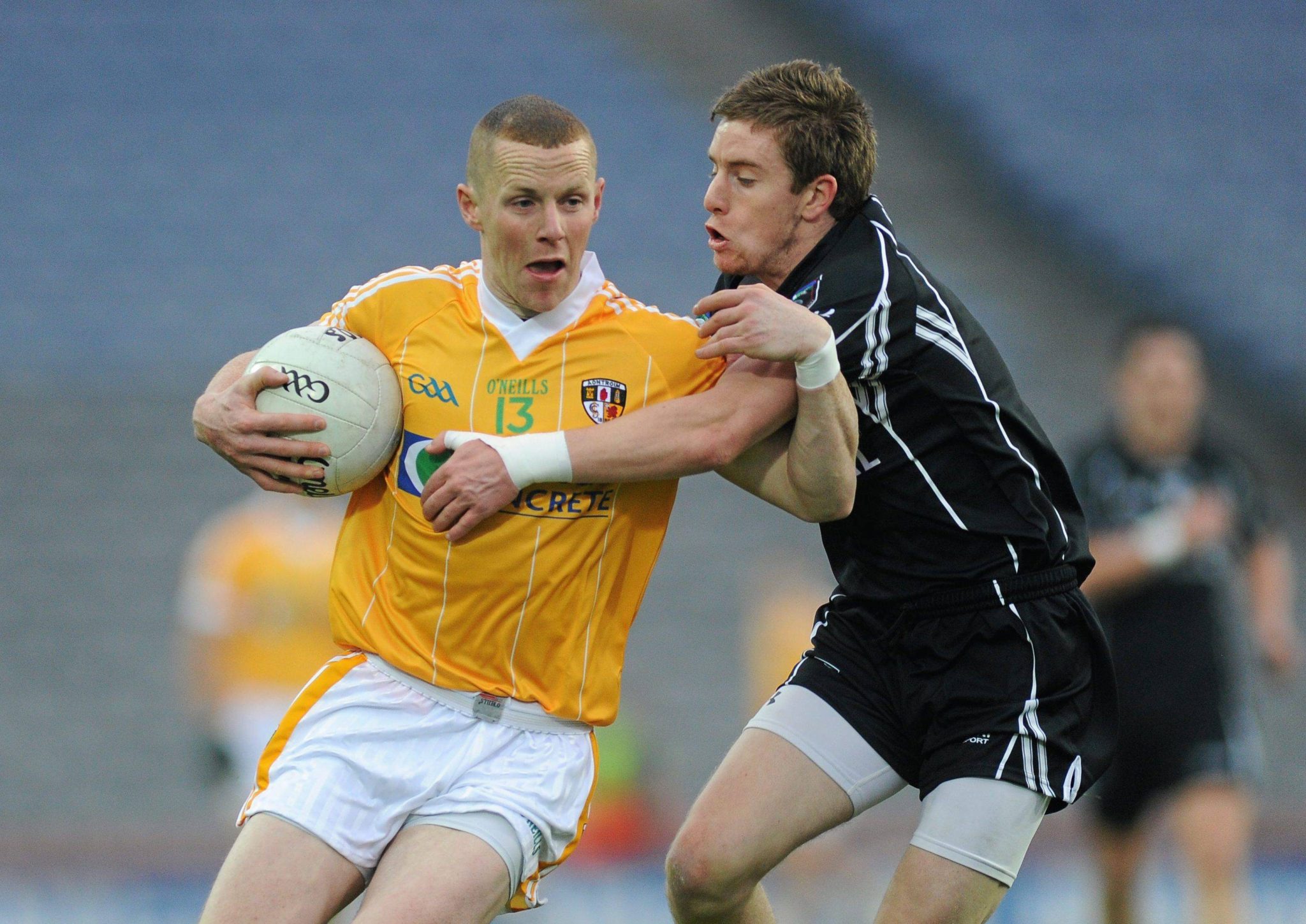 It was with no small sense of awareness regarding the world's one burning issue that talk was shifted toward Gaelic football with Cunningham.

Although he had continued playing club football with Lámh Dhearg throughout his absence from the county scene, his readjustment to the pace of proceedings was immediate.

"I just went out to enjoy it this year," he admitted of his initially humble expectations. "There was no pressure and when I came back first I remember saying to wife, Claire, that if I only played 5 minutes a game it would be a bonus, you know?

"But then that competitive nature kicks in and I said to Lenny (Harbinson, Antrim manager) that I'm not just coming back to be a positive voice in the dressing-room. I wanted to play.

"At that stage, I think he'd only seen me as a 10 or 15-minute man, but I got a lot of work done and I proved to them that I had something to offer."

In Antrim's opening day defeat of Wexford, Paddy Cunningham displayed the product of a winter spent gearing up to help his county's charge out of Division 4.

As yet in possession of what Cahair O'Kane of the Irish News described as an 'intelligence in the way that he orchestrated even the Antrim attacks in which he didn’t touch the ball,' the 0-6 Cunningham knocked over proved crucial as they overcame Paul Galvin's side.

The following week in Sligo, an improved personal tally of 0-9 wouldn't be sufficient for the win, but it certainly allayed any fears that Cunningham had been wrong to indulge thoughts of a comeback. 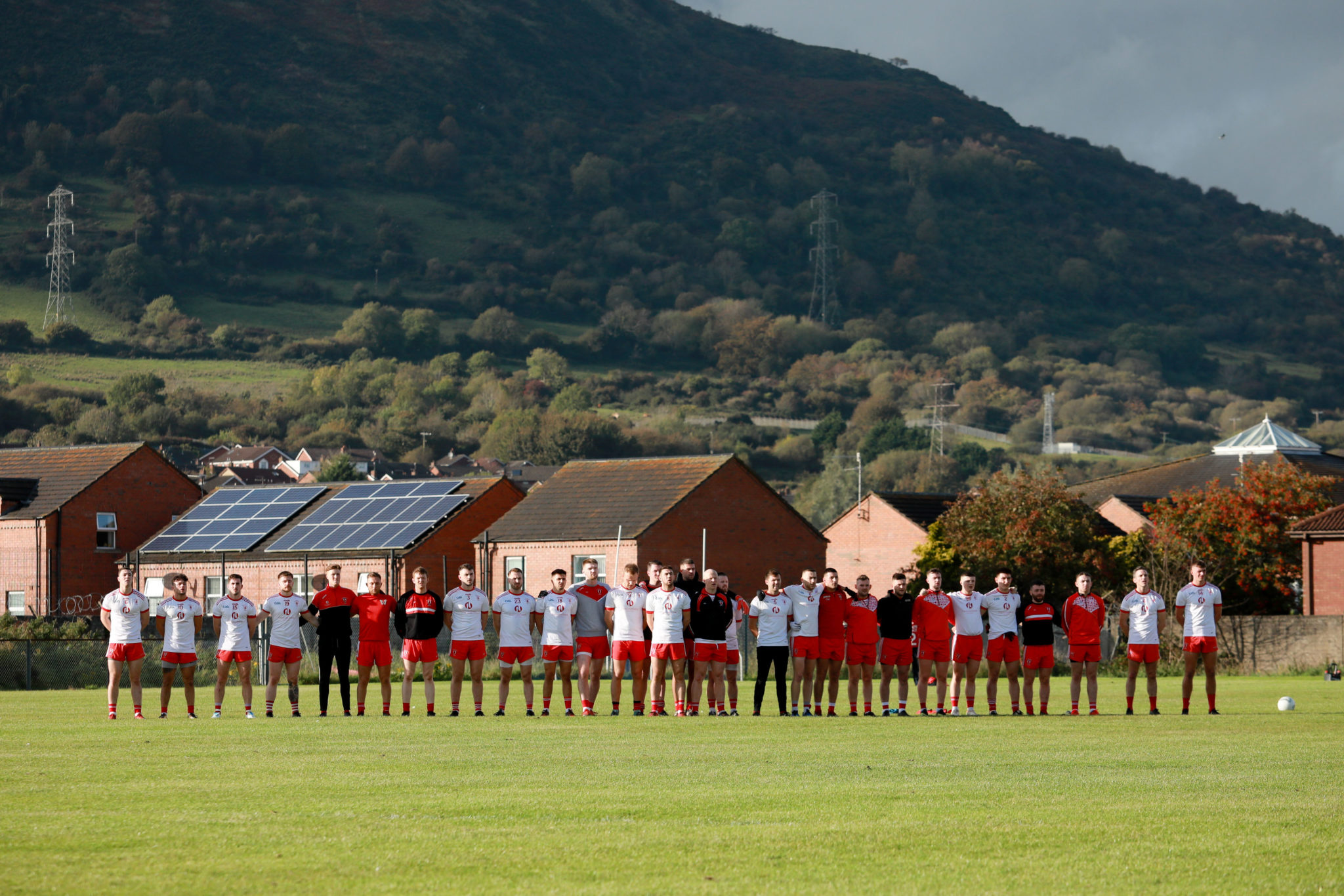 Diagnosed with Crohn's Disease in 2011, a condition that causes an inflammation of the bowel, he refuses to pinpoint this tremendous strain on his well-being as the motivating factor behind his decision to walk away from inter-county football in 2014.

At 28, he had simply grown weary of the slog required for what can seem like scant reward. It was perhaps this willingness to follow his own mind that has brought out the best in Cunningham amid the current uncertainty surrounding the spread of coronavirus.

"It has certainly put things in perspective," he remarked of the Covid-19 pandemic. "It has probably heightened my anxiety too with having Crohn's because, obviously, I'm at a higher risk of contracting the virus.

"So, my main focus is keeping my family safe and, to be honest, once we were told that we wouldn't be playing football, sure, it was a bit disappointing but as this becomes more frightening football has just paled into insignificance.

"We complain often enough about not having quality time at home with our families so now let's just take the positives out of this situation and do more of that. We need to look after one another."

An appeal from @paddyc13 to our young people this evening .

Listen to what your being told, spend time with your family . Be supportive, let’s get through this together and take the steps we are all being asked to take. @mlchealth #Fightback #StayAtHome #JoinTheFightBack pic.twitter.com/tY1gn2FgKH

As another Belfast resident Joe Brolly attested to on OTB AM, Cunningham has been impressed with the role being played by the GAA in Northern Ireland.

One among many inter-county players urging people to take heed of the repeated warnings about the spread of coronavirus, for a brief moment in his conversation with Off The Ball, Paddy Cunningham allowed his mind to drift back to football.

"I suppose when I sit down now and talk about it," he surmised, "I could well have played my last game for Antrim. I mean, I'm 35 in May and there might not be any more football this year.

"Obviously, I'm hoping and praying that there will be because this is not the way anyone would want to end their career, but I'll still keep myself ticking over.

"We'll take each day as it comes and I'll remain hopeful that I will put on the Saffron jersey again."

Nevertheless, as such things are rectified for better and, unfortunately, worse, the prospect of this sharp-shooting corner-forward having just one more crack at the Ulster championship would be a soothing balm for hands becoming increasingly too cracked to wring.

Colm Cavanagh back for Tyrone