Now is the time for outdoor sport to return in earnest and in full, according to Armagh All-Ireland winner Aidan O’Rourke.

Since the onset of the COVID-19 pandemic in March last year, all sport for non-elite teams and athletes has been on hold, with only isolated training exercise permitted for most of the last 13 months.

While Ireland remains in a hard lockdown with no sign of non-elite sport returning any time soon, other countries including Northern Ireland are beginning to see a return to group outdoor sport across the board.

Speaking on Friday’s OTB AM, O’Rourke was adamant that now is the time for the Republic to let outdoor sport return in full.

“[I would like to see] an immediate return to sport at all levels outdoors, through regulated sports clubs,” O’Rourke said.

“Two weeks later, kids are only back on the Monday. So, even if you take that, and I am involved in sport, so I am looking at international best practice all the time, non-contact is an anomaly.”

O’Rourke claimed that the restrictions currently in place in Ireland are based off of the justifiable caution from last year, however he believes that there is new evidence that suggests that full training can resume outdoors.

“It makes absolutely no difference and putting that restriction on has no impact on the transmission of the virus,” O’Rourke said. “That is an early 2020 view when we were very cautious about how we resumed [training].

“Also, groups of 15, there is nothing [to prove that it works]; show me the data to prove that minimises the risks of transmitting the virus.

He is of the belief that a return to outdoor sport is a 'no-brainer'. “So, you may detect that at this stage I have gone past the point of using softer language and tipping my hat to people.

“The opportunity this presents to people who are involved in sport to get out and do something healthy, build good habits around their lifestyle, there are no downsides to this.”

A matter of trust

Speaking on OTB AM, O’Rourke was of the opinion that the restrictions being put in place currently on sporting activities are based on an issue of trust.

“The argument from those who are making it at the other end is that we cannot trust people to go to their local soccer of GAA club,” O’Rourke said. “We can’t trust them not to use the dressing rooms; we can’t trust them generally.

“That is a social comment I suppose on the people we have elected, but for me, particularly for the GAA as first and foremost a community organisation, I do trust people.

O'Rurke added that he believes sport returned safely to an extent last year. “I saw the protocols that were built last summer and autumn, I saw how safely sport was delivered, I have seen the research internationally that shows zero transmission during the playing of sport outdoors.

“So, I am beyond the point of saying, ‘I hope we get there in the next few weeks’, it is nonsense, we should have gotten there already. The world has gone mad.” 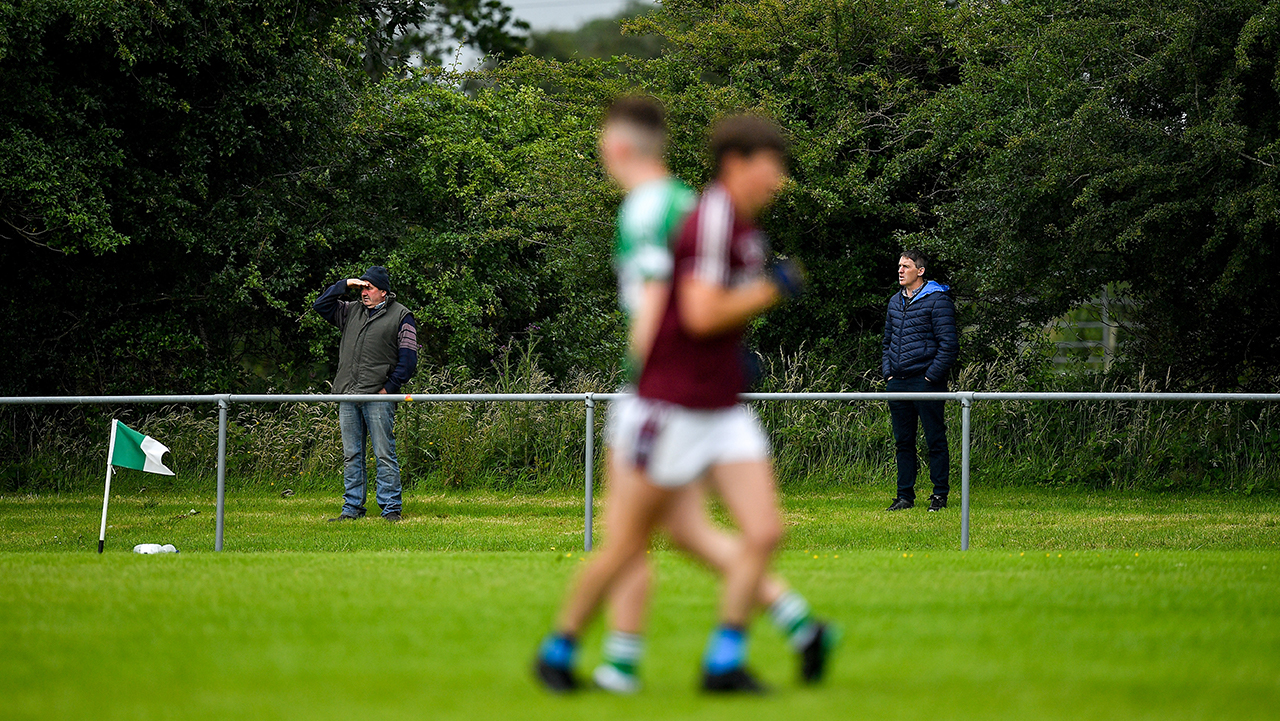 The benefits of outdoor sport

It is O'Rourke's belief that there are significant benefits for kids as well as adults involved in playing sport, which he suggested outweighed the risks.

“Those benefits will be fairly obvious to any parents who have a child involved in sport,” O’Rourke said.

“There is a judicial review ongoing in the north which looks at the impact of depriving kids of sport outdoors during the pandemic and looks at just how much of an overreach that has been.

O'Rourke added that some of the kids in his own social circles have been affected by the lack of sport. “[In terms of] the benefit of sport, I have seen instances in my own social circle of kids’ personality disappearing, their behaviour changing.

“Kids are within their family group for prolonged periods of time. Remember now with small periods off, we are in this more than 12 months."

O'Rourke is of the opinion that kids need the structure of sport in their lives. “Kids adapt, but the benefits of being outside, being healthy, having structure in their week, being able to socialise with their friends two or three times a week, just having those social connections are massive to where kids are in terms of their development.

“The pandemic of physical and mental health that we have coming down the road here, which has been pushed back and pushed back, is going to probably be more difficult to deal with.

“It is not just kids. There has to be a balance… and not for one minute am I dismissing the danger and impact of COVID, but there comes a point where we have to move on.

“We have to learn to live outdoors more than indoors, and we are well past that point.”

'It was alarming how poor Kerry were defensively' - Aidan O'Rourke