Dublin goalkeeper Ciara Trant joined Monday's Off The Ball to reflect on her team's 1-10 to 1-05...

Dublin goalkeeper Ciara Trant joined Monday's Off The Ball to reflect on her team's 1-10 to 1-05 victory over Cork in the Ladies' All-Ireland Football final.

Trant said she was "on top of the world" after the Dubs secured their fourth title in a row.

"Today I was reading people compare us to the men's team which is huge for us, for anyone to be compared to them," she added.

It was not plain sailing for Dublin though as they struggled in the first-half and trailed by a score of 1-03 to 0-03 at the break.

"We had three scores from 12 shots at half-time. We were making simple mistakes that were giving Cork energy and zapping ourselves of energy," Trant explained.

"It wasn’t Cork dominating us, it was us making mistakes. We needed a couple of minutes to compose ourselves."

The break was just what Dublin needed and they came out flying in the second half.

"Cork only scored two points in the second half. It was a great defensive shift but it was driven by the intensity that our forwards were putting in defensively," Trant said.

"Thinking back on it now, I spent most of the second half on our 45 metre line because our forwards pinned them in and hounded them. We didn’t give them any oxygen.

"Our forwards were disappointed in the first half but they really stepped up and changed the game. They made up for it and they are the reason that we won yesterday." 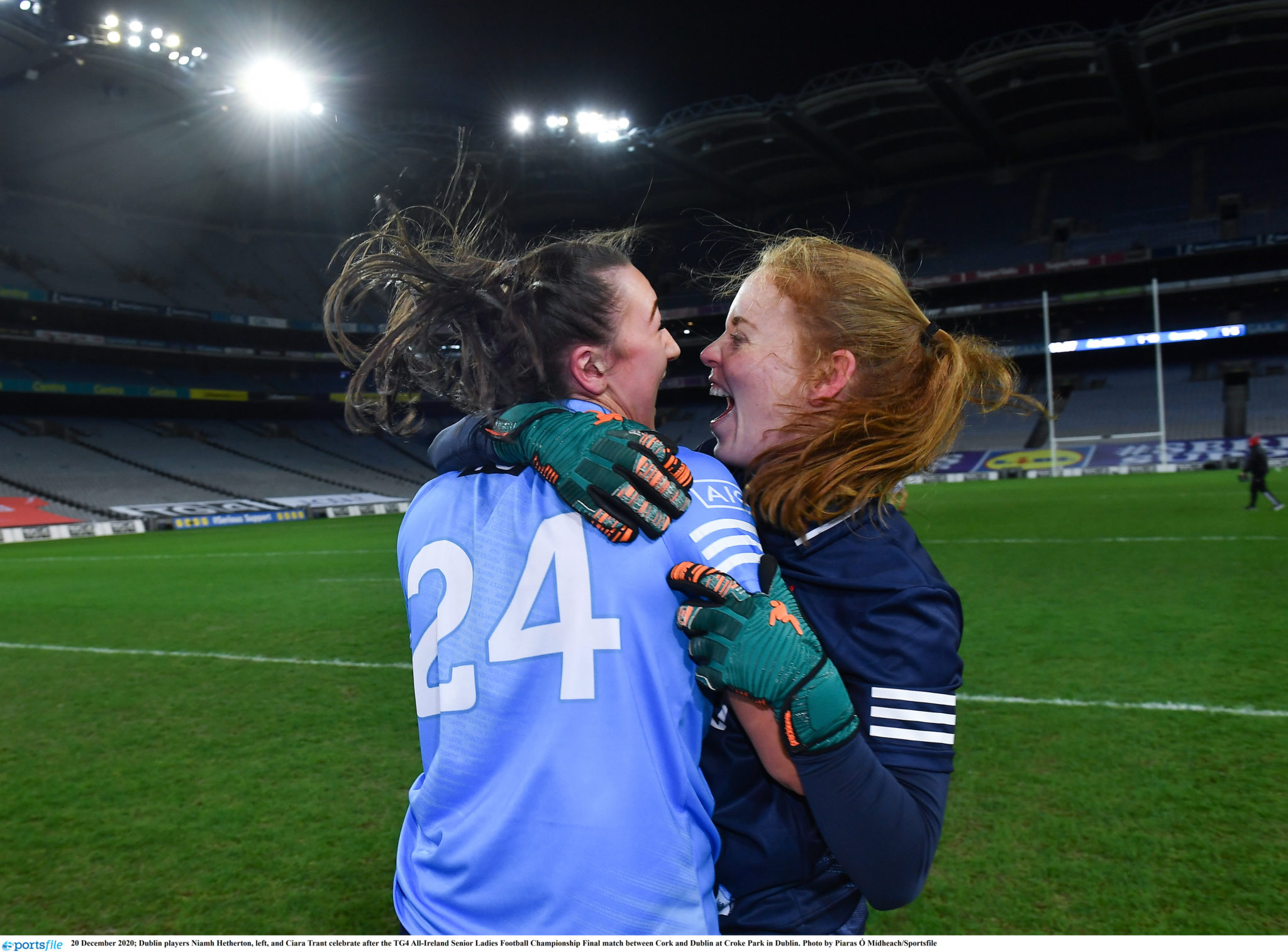 Dublin manager Mick Bohan spoke of his immense pride after the full-time whistle.

"In a year of years like no other, with something that none of us have ever experienced before we're just immensely proud of them [his players] to have represented themselves as well as they did.

"I hope they gave some enjoyment to the people who support us throughout the year who were watching on television at home.

"We'll look forward to Christmas now - a bit of downtime to reflect on the season that was."