The GAA are in line to receive a €10m revenue boost if Proposal B passes at Special Congress la...

The GAA are in line to receive a €10m revenue boost if Proposal B passes at Special Congress later this month, according to former Meath minor football manager Conor O’Donoghue.

Proposal B would would see the championship played over a league-style format, while provincial championships would be played as 'pre-season' competitions.

GAA delegates will convene at Croke Park on October 23rd, and will be asked to vote on two proposed new championship restructures, Proposal A and Proposal B, with a minimum 60% backing required for either proposal to come into effect from next year.

O'Donoghue, who is a member of the national calendar fixtures task-force, published a report which assesses the financial implications of Proposal B.

Speaking on OTB AM this morning, O'Donoghue explained that the increased number of games under Proposal B would bring a significant revenue boost.

O'Donoghue told Ger Gilroy and Eoin Sheahan: "The fact that you're multiplying the number of games by three or thereabouts, it gives you much more scope to take in revenue."

"We're talking about 65% additional revenue vs. their three-year average in the few years before Covid."

"For me, the numbers of games here is going be your friend from a financial perspective."

O'Donoghue also argued that the increased number of fixtures would make the football championship a very enticing product in terms of TV rights.

"Clearly, the big thing from a sponsorship and a media rights perspective is live television, because live sport is where it's at in terms of advertising," O'Donoghue said.

"The GAA puts all of that money back into the association - that money goes back to the counties."

"There's just a big opportunity there, but nothing has been taken into account on that front either - that side of the revenue issue has been completely unexplored." 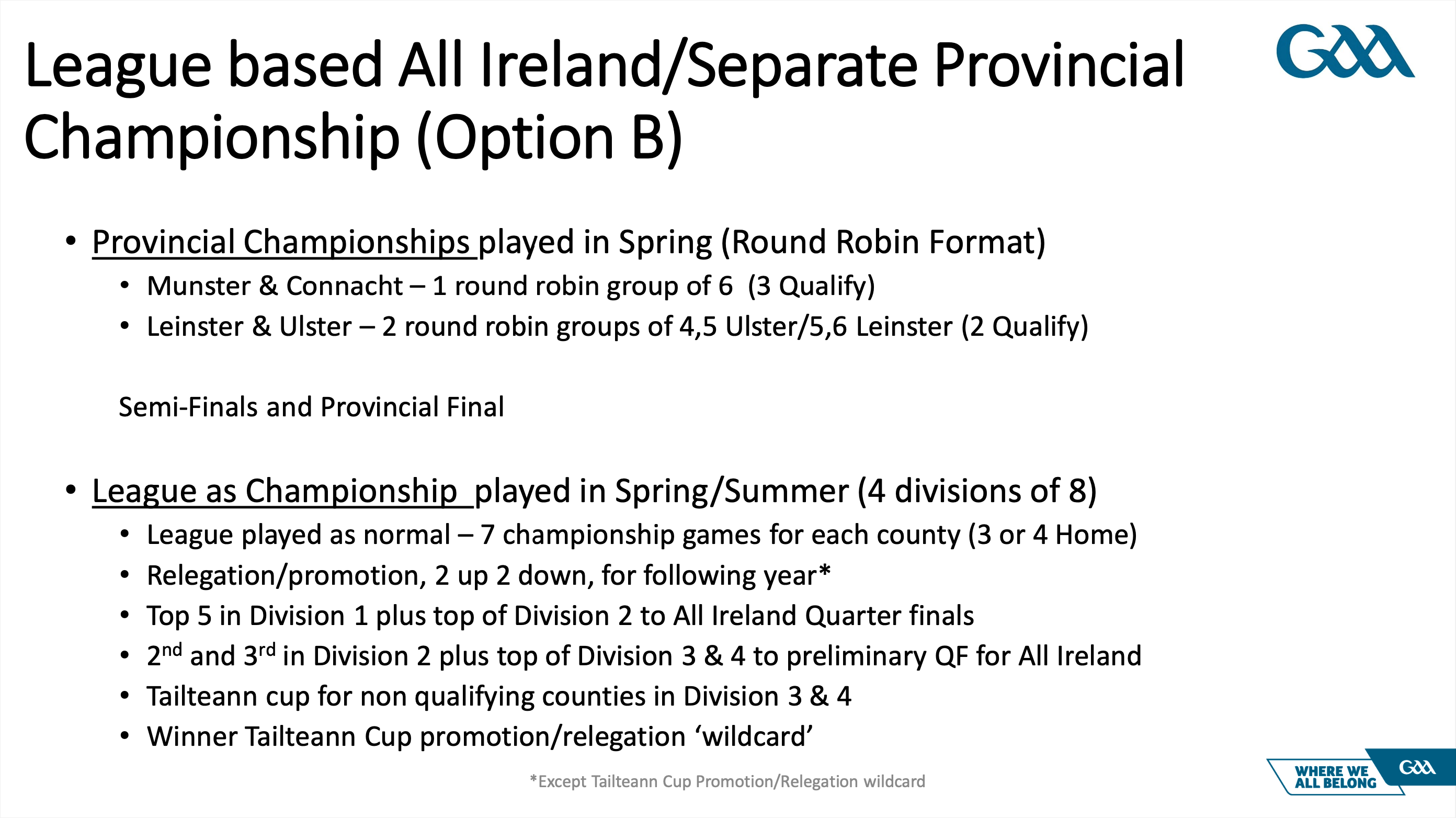 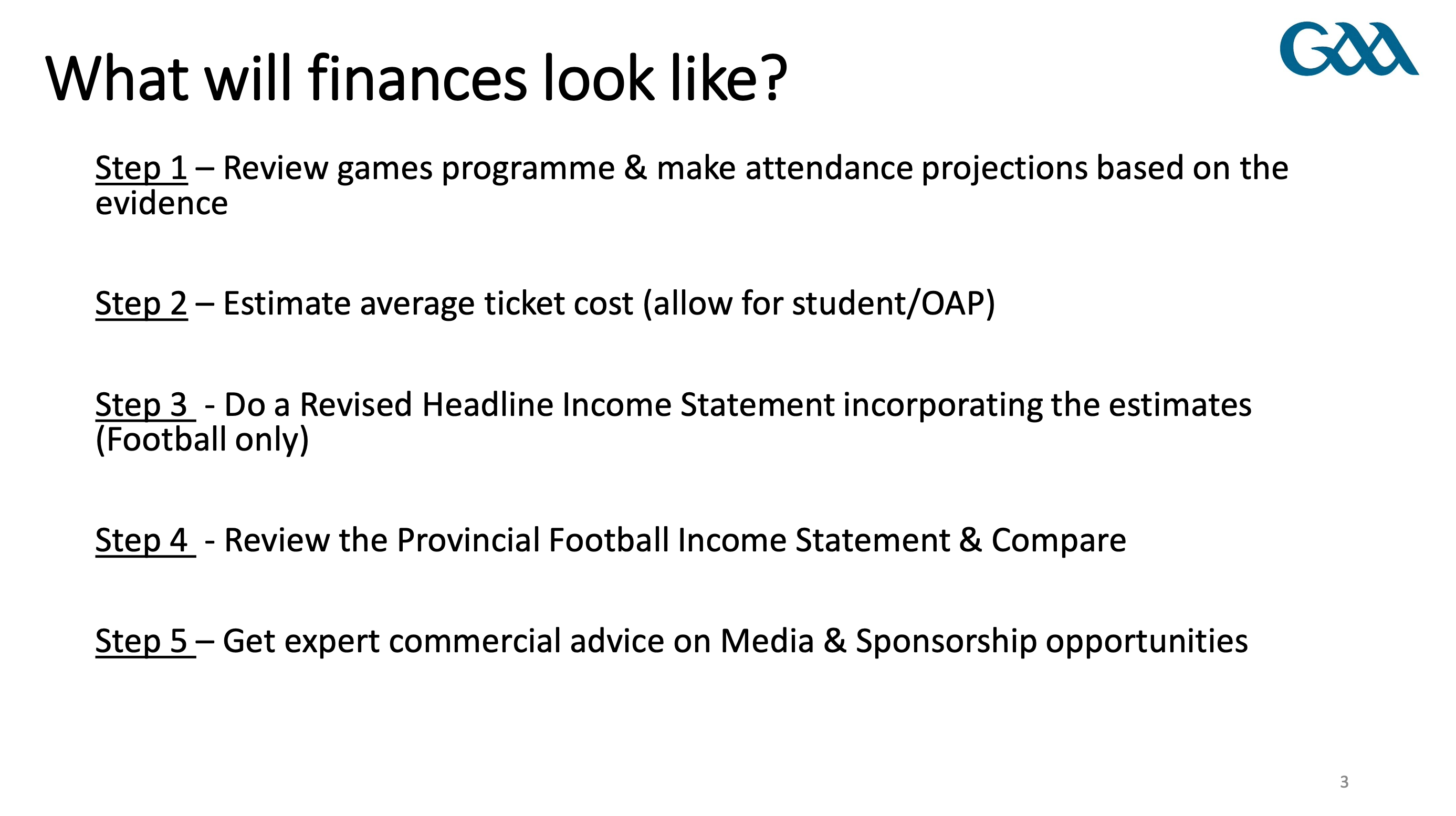 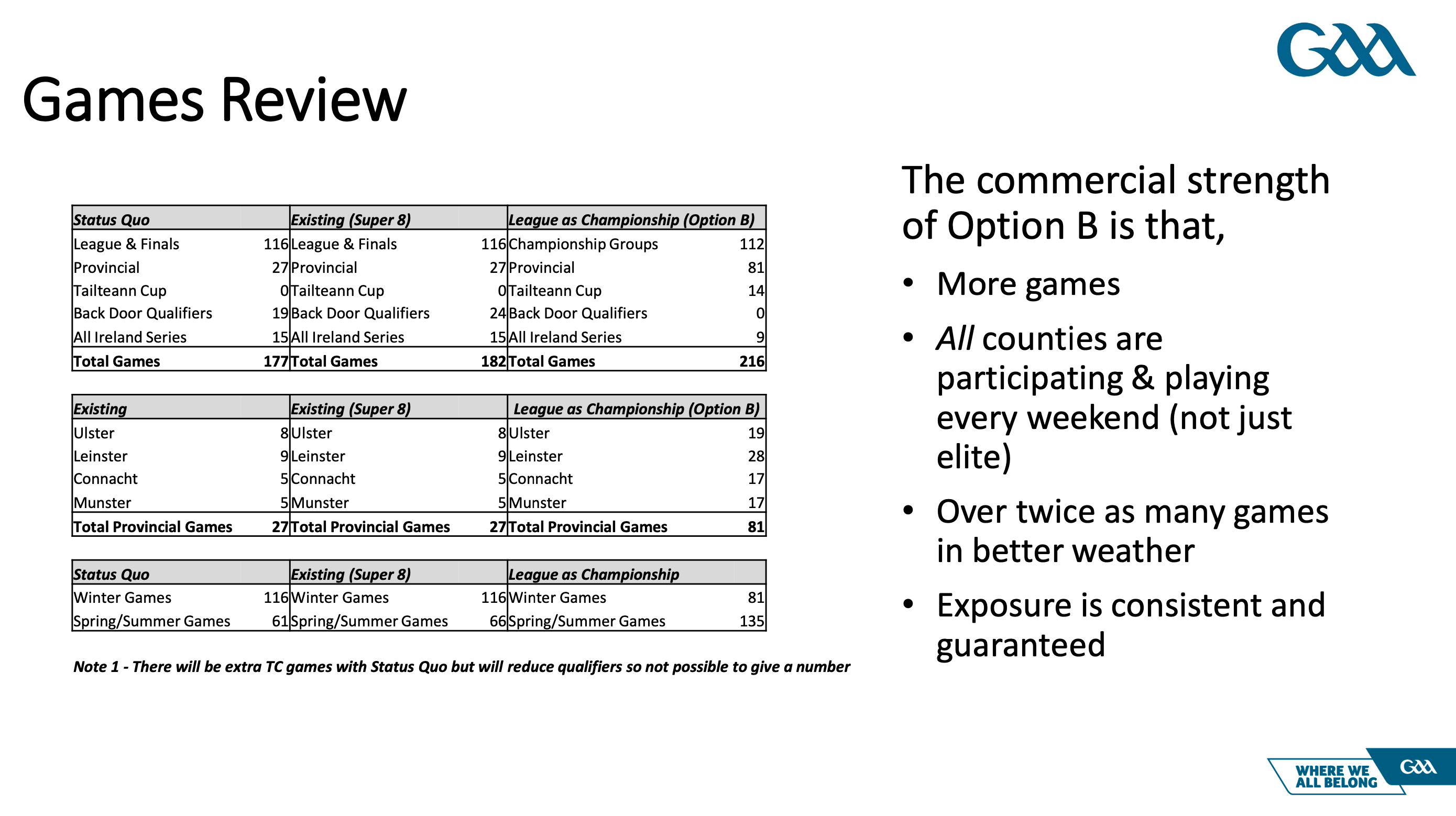 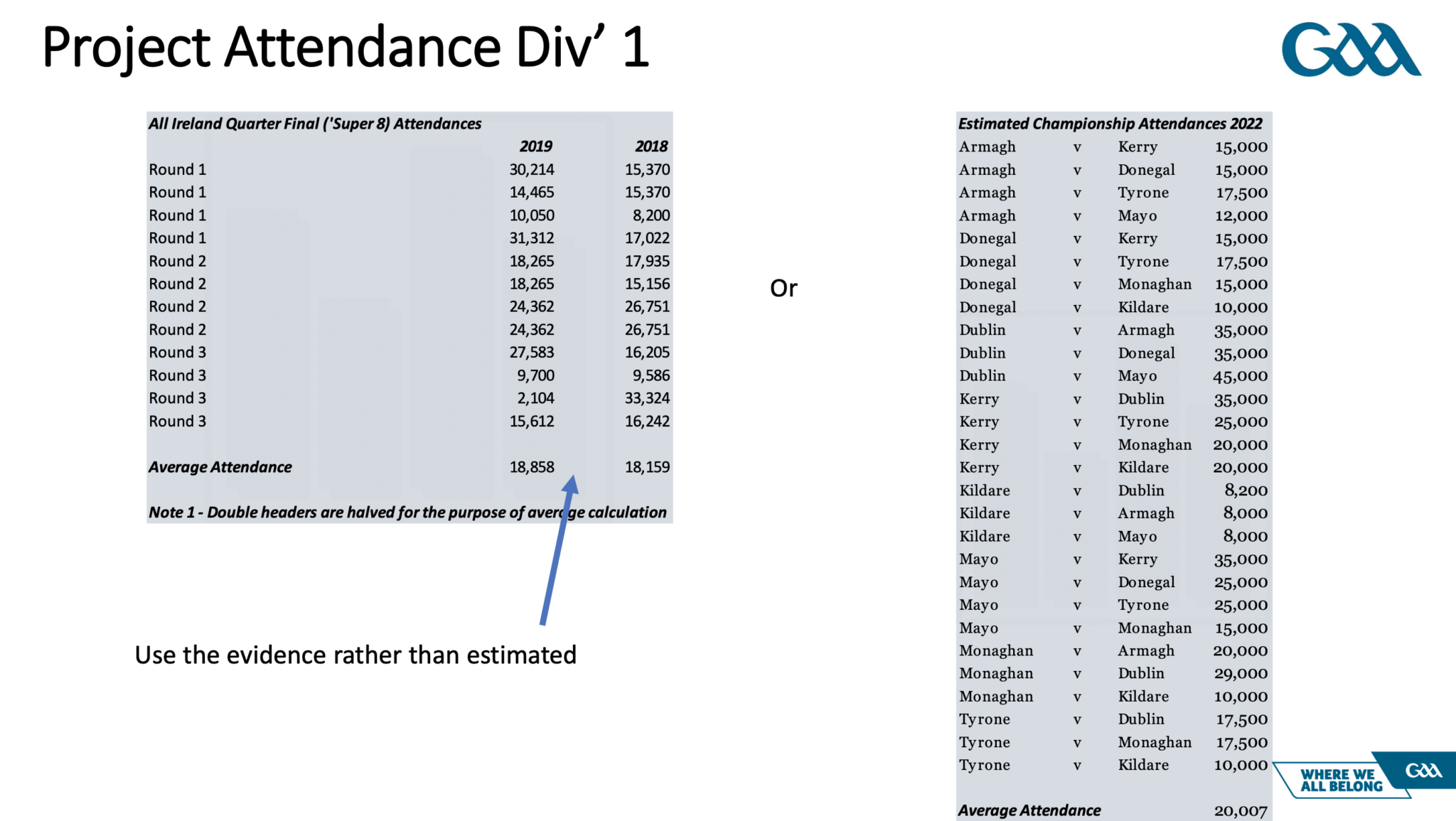 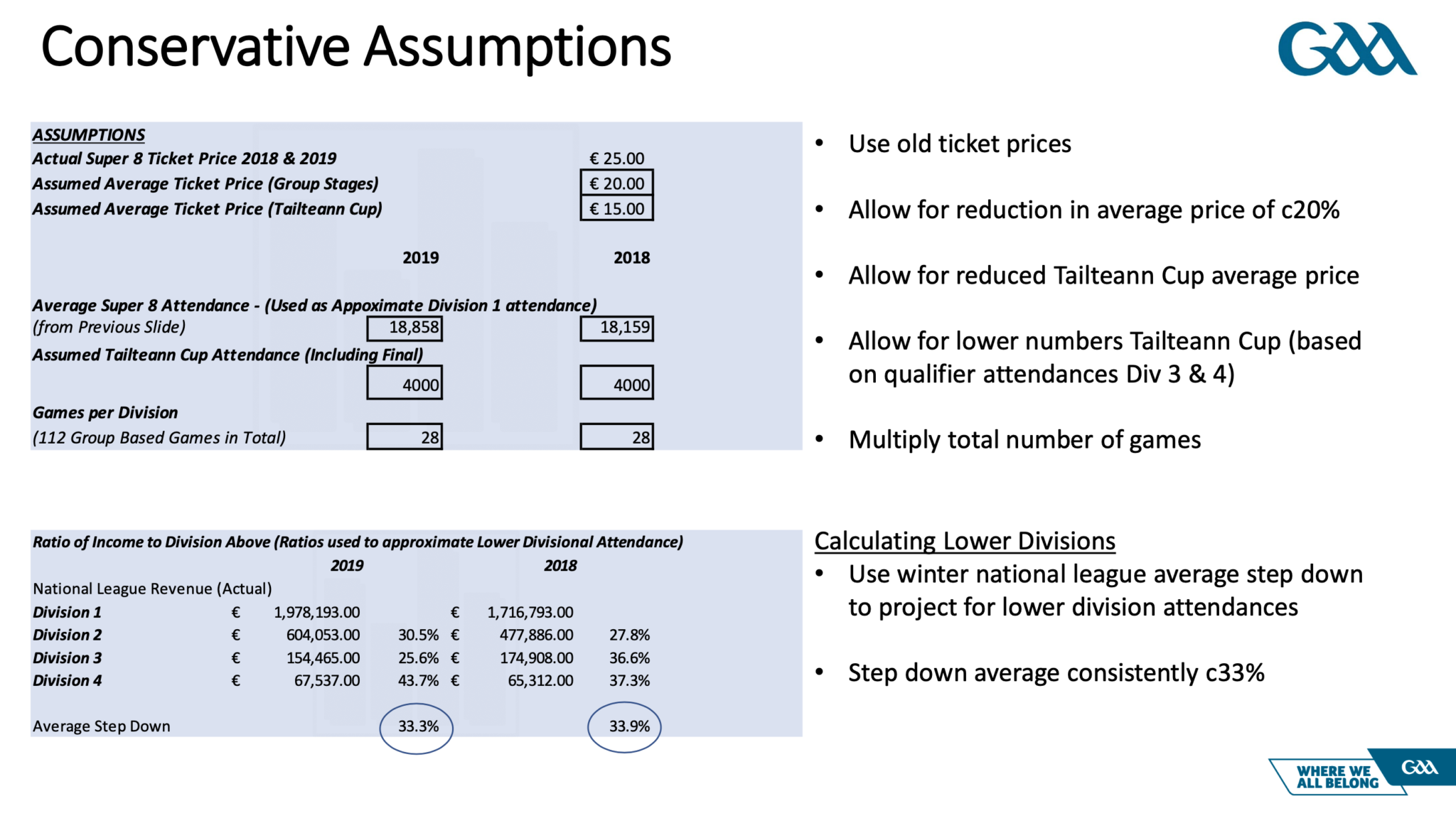 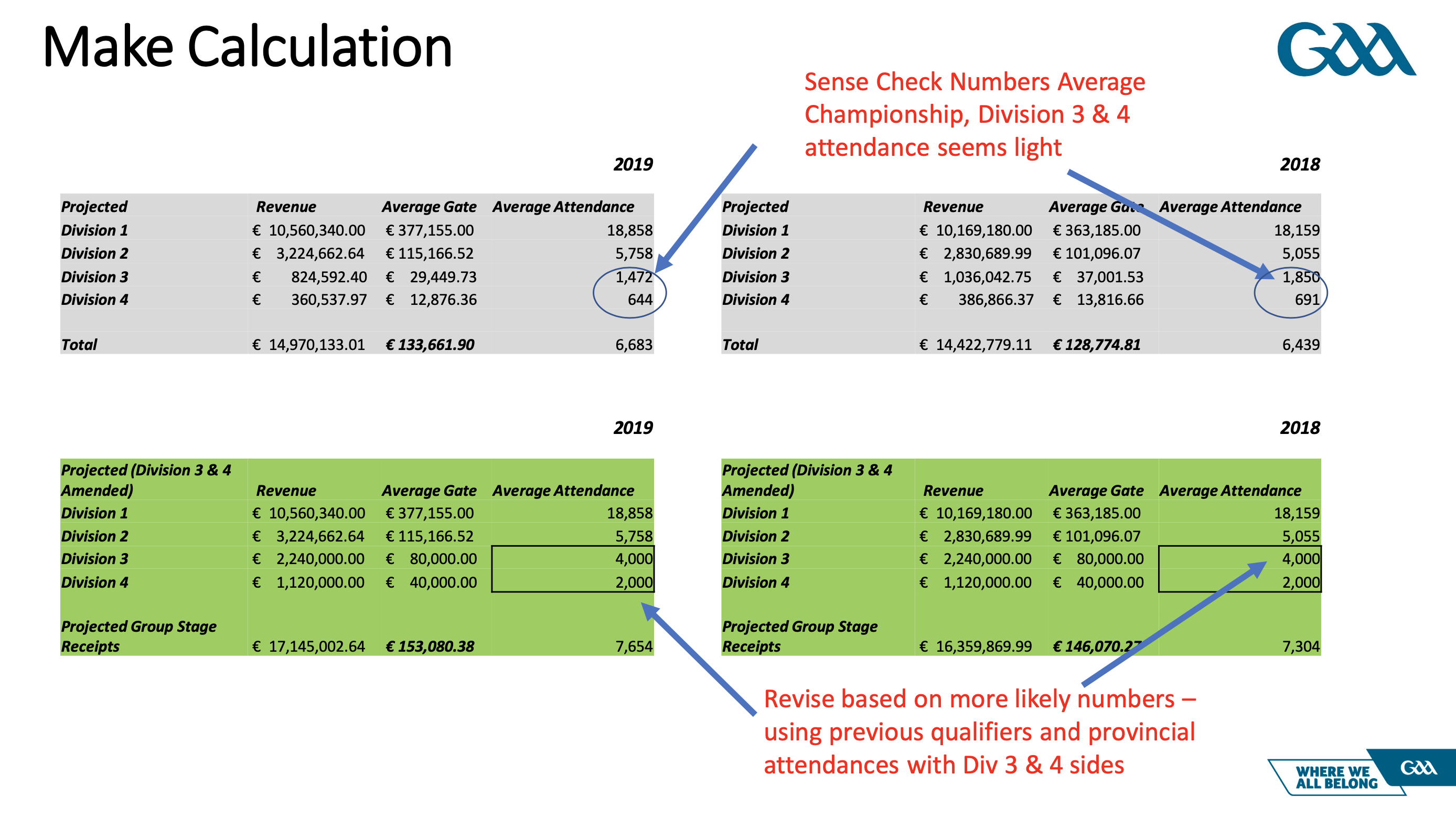 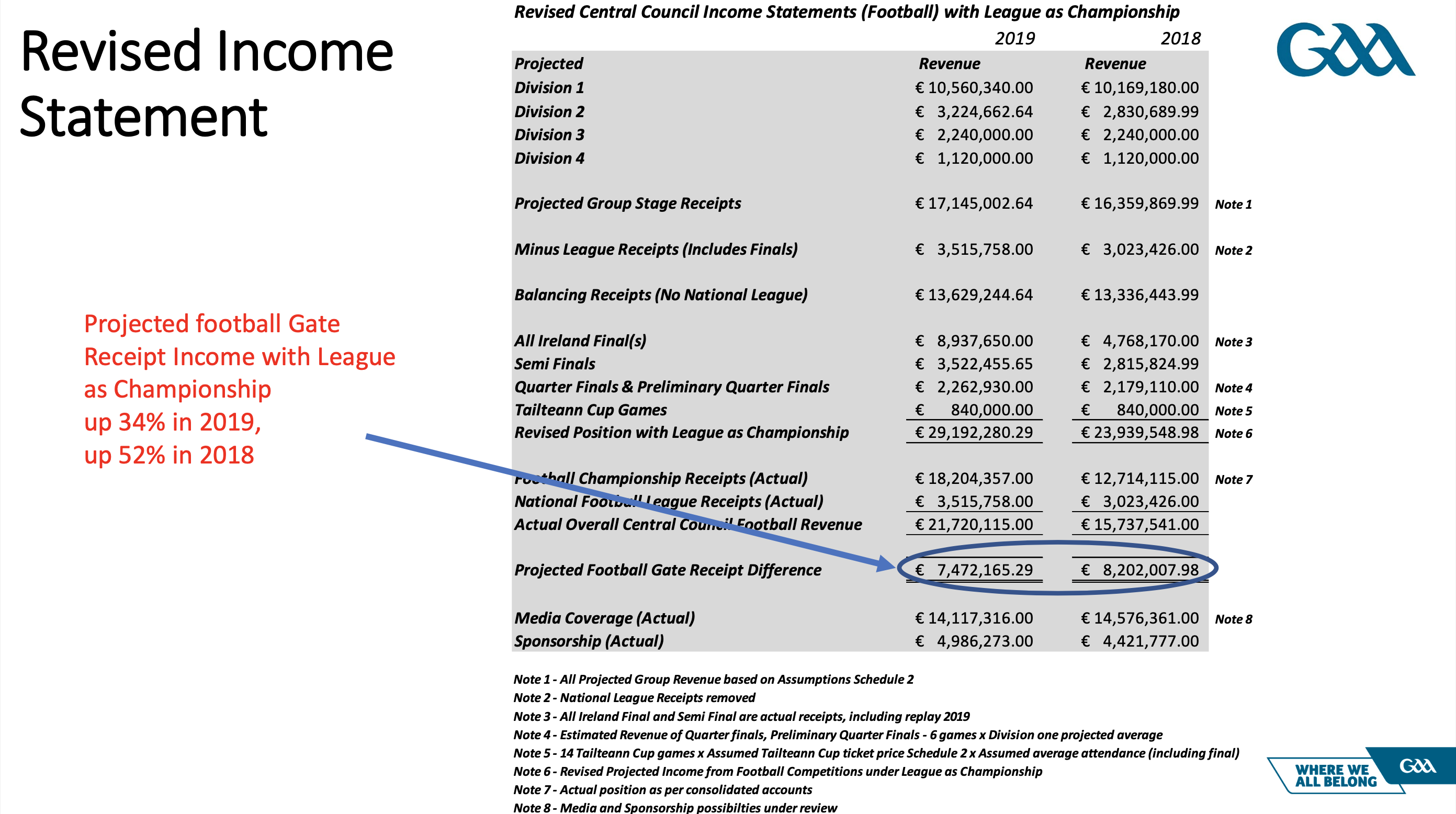 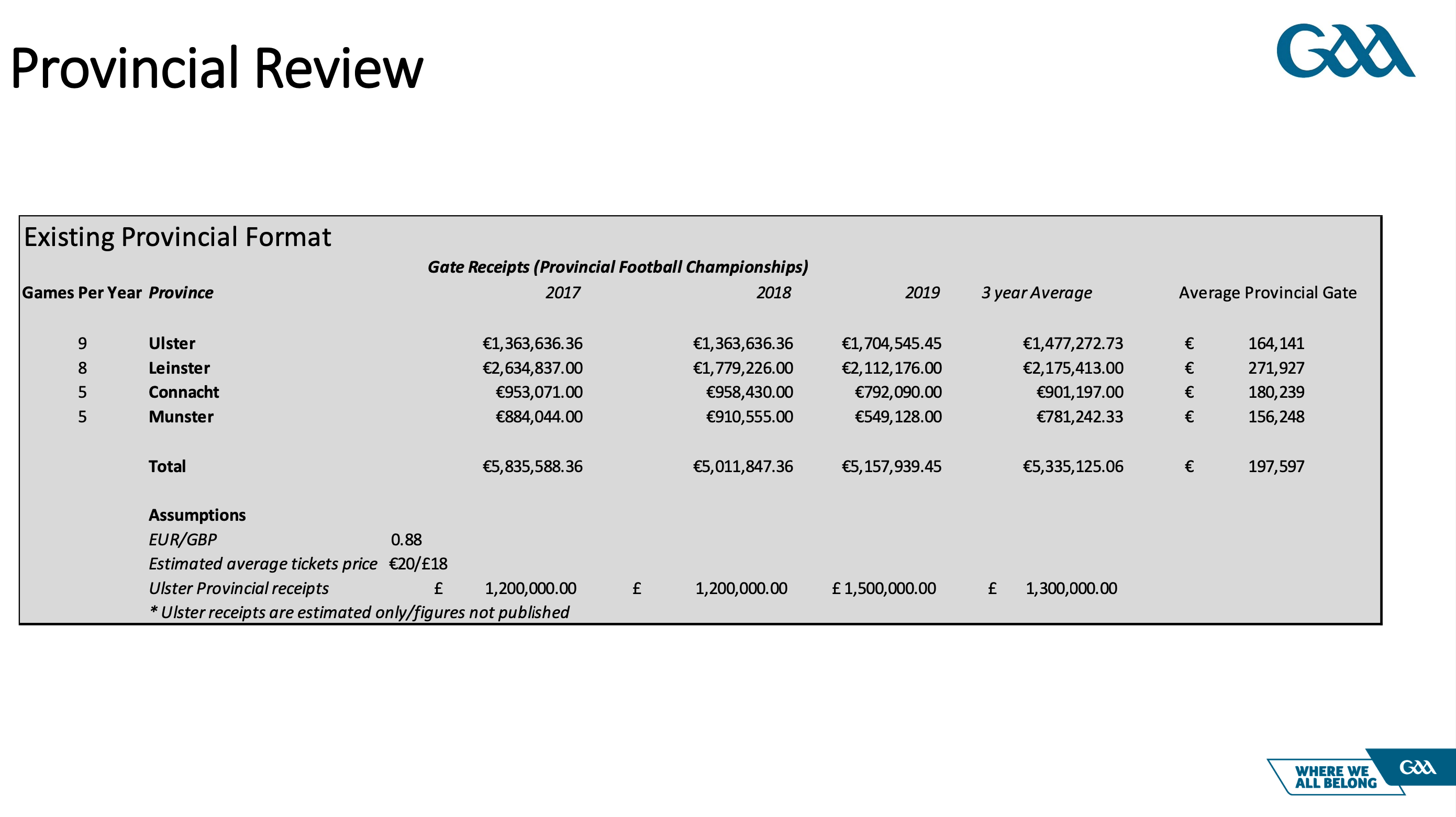 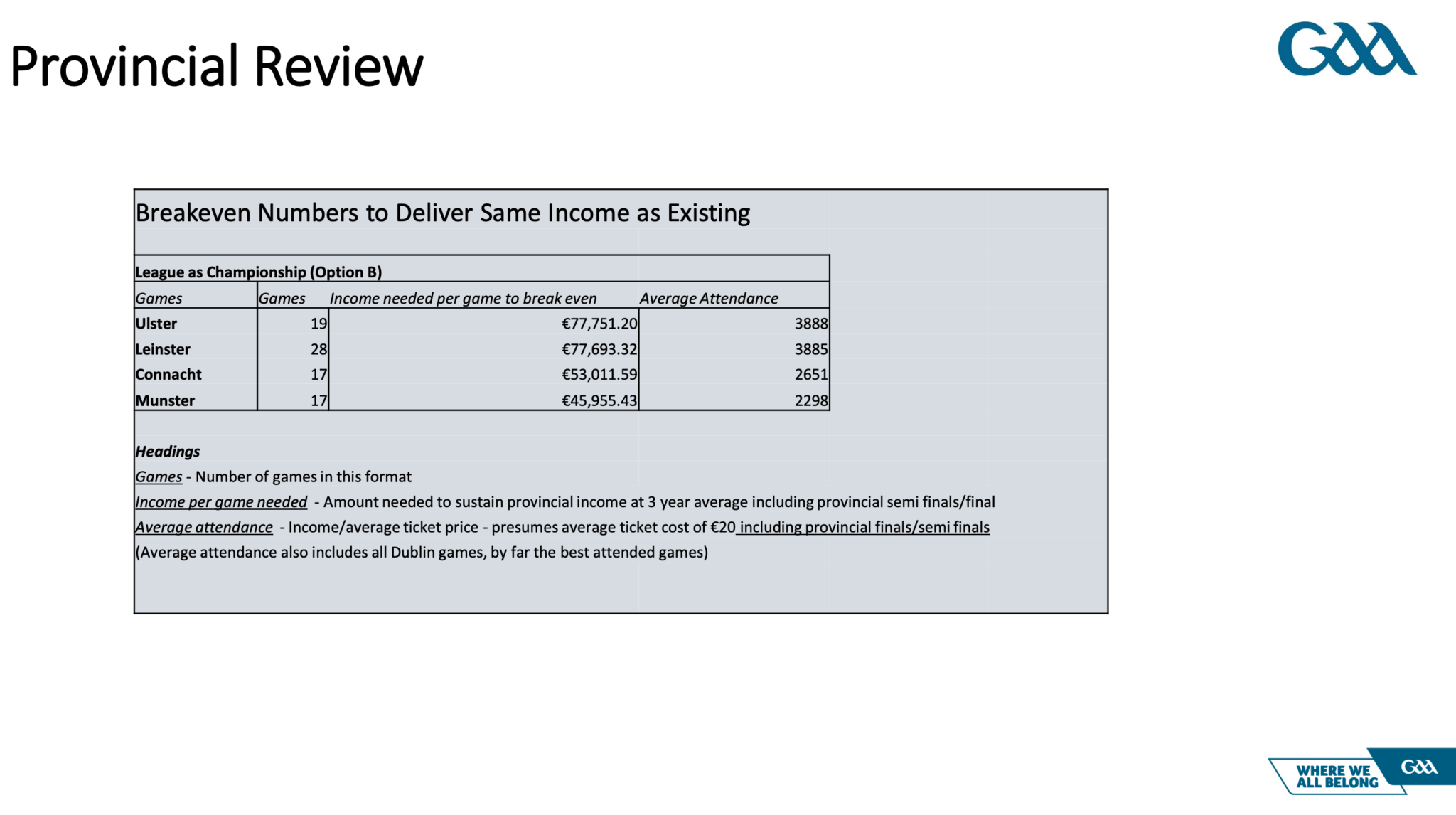 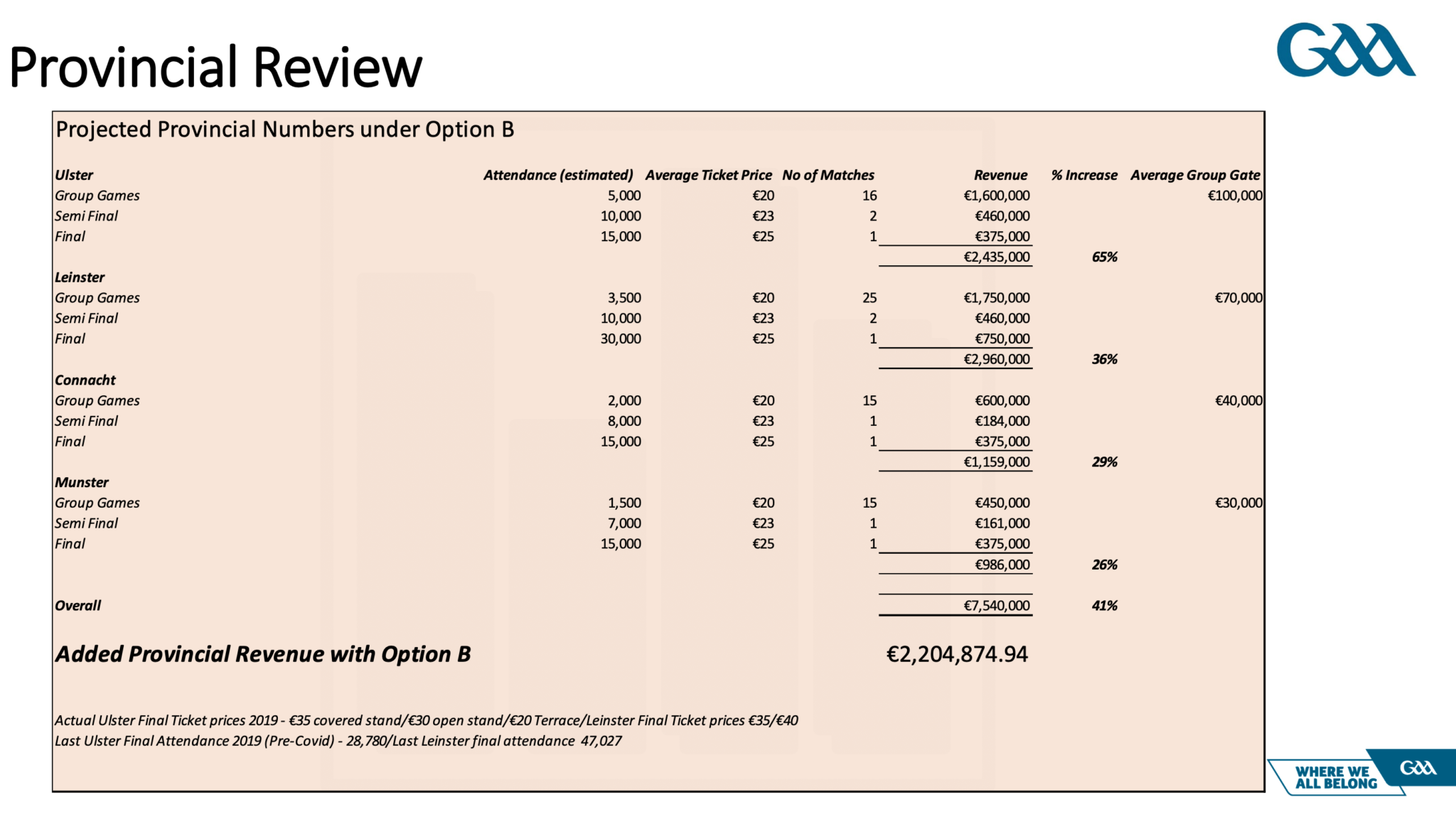 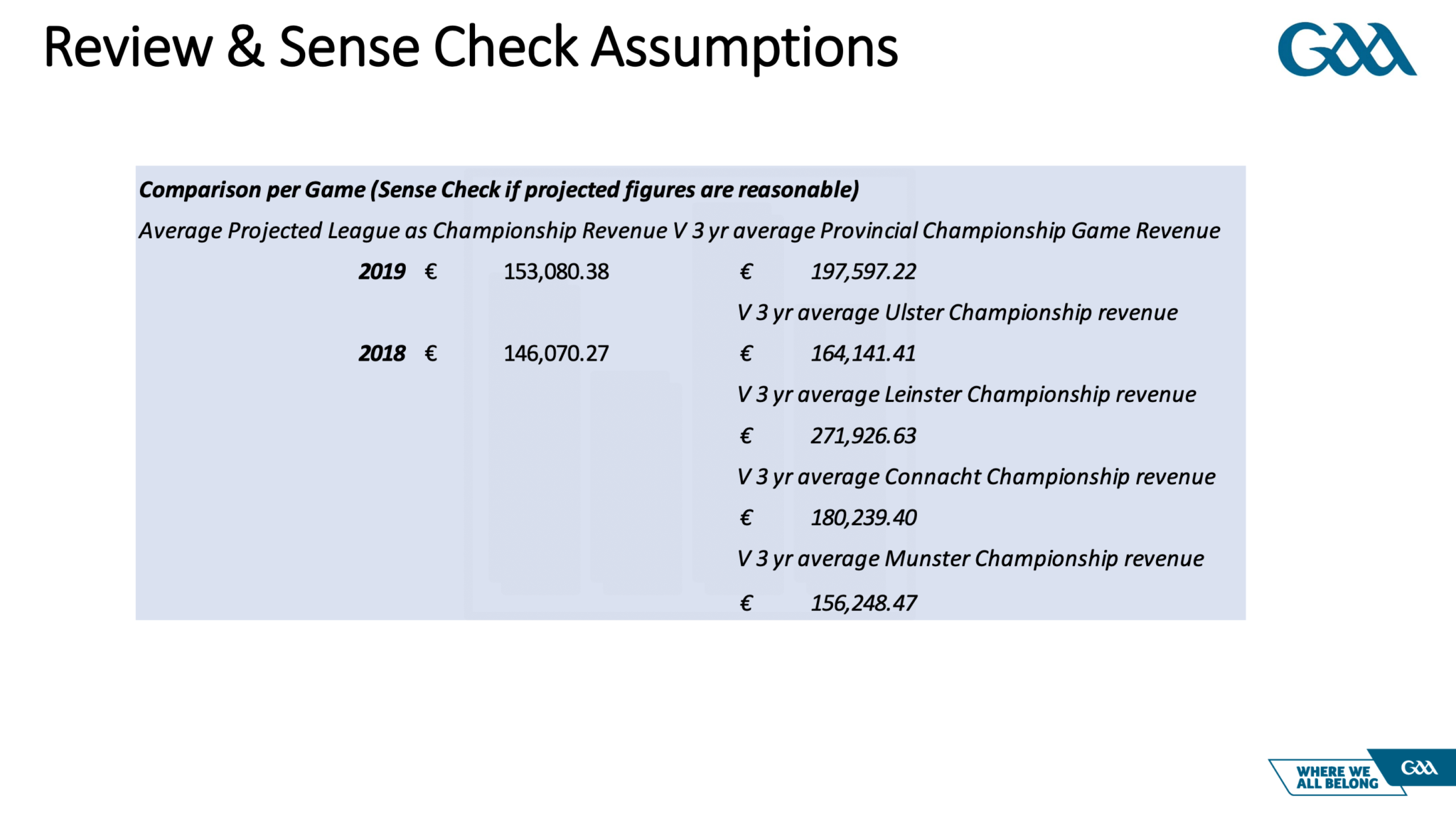 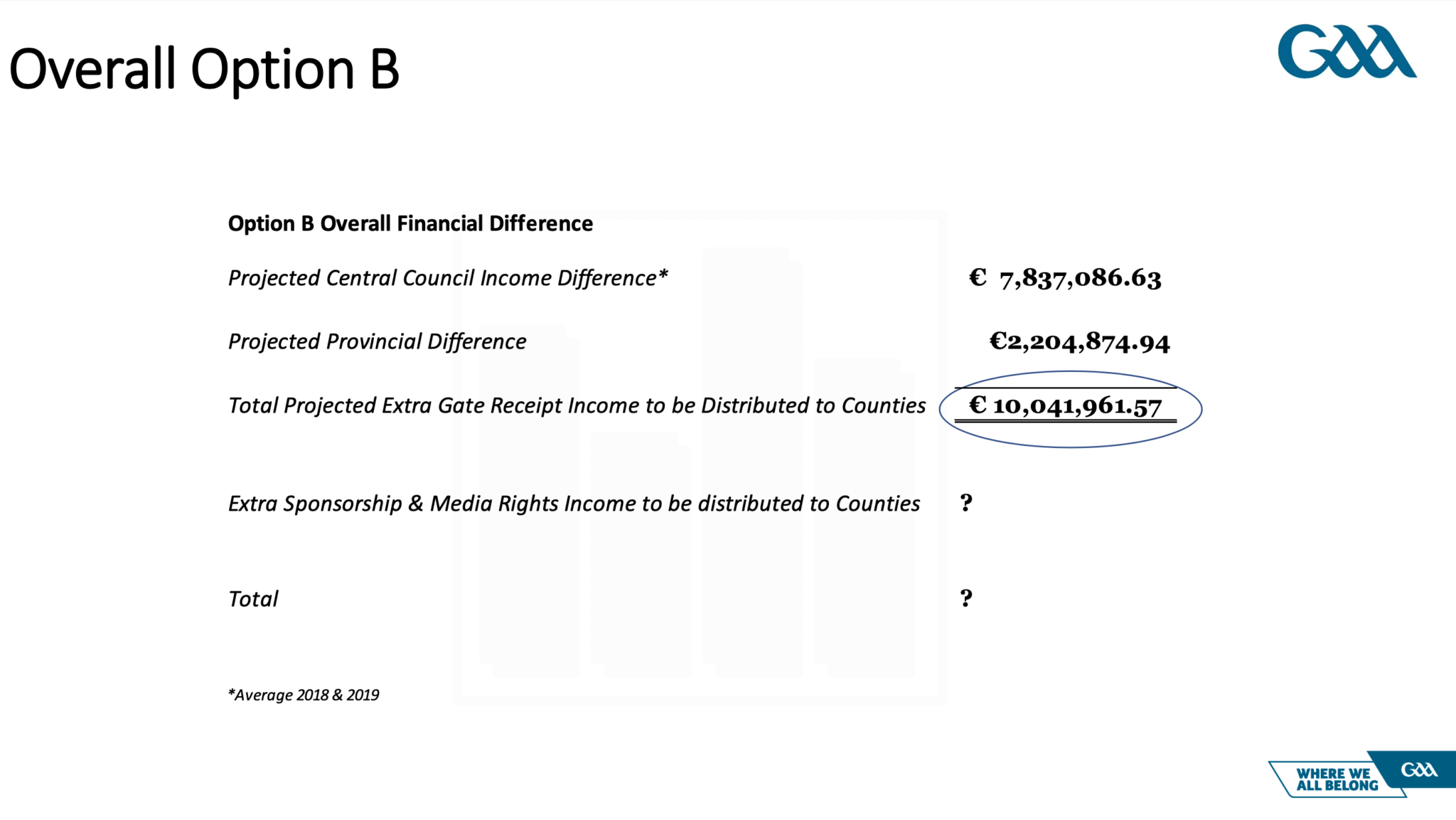