Niamh Cotter won’t be a fun person to be around this week but once her exams are over, she will hopefully have another Lidl NFL medal to cherish.

Her third League title with Cork would be a personal achievement on its own, after she took a year out from the game to concentrate on her studies in Canada.

Now 22, Cotter is in her final year of Law at UCC, but has only two of her five exams completed. She won’t put down the pen until next Thursday.

“I will be an anti-Christ for the week,” said Cotter.

“But my mum is going mad altogether because my brother is doing his Leaving Cert, I am in my final year and my sister is doing her exams in Pharmacy as well.

“My mum will be more relieved than all of us when this is over.”

But rather than being distracted by a huge game on the horizon, Cotter has instead used it as further inspiration off the field.

“It’s good to have the football because it really does focus you on your study,” said Cotter.

“If I had the whole day to get something done in the library, it could take me the whole day, whereas I know I have training in the evening so I have to get it done before 7pm, it is good to have that balance.

“There are limited coffee breaks but it’s worth it.” 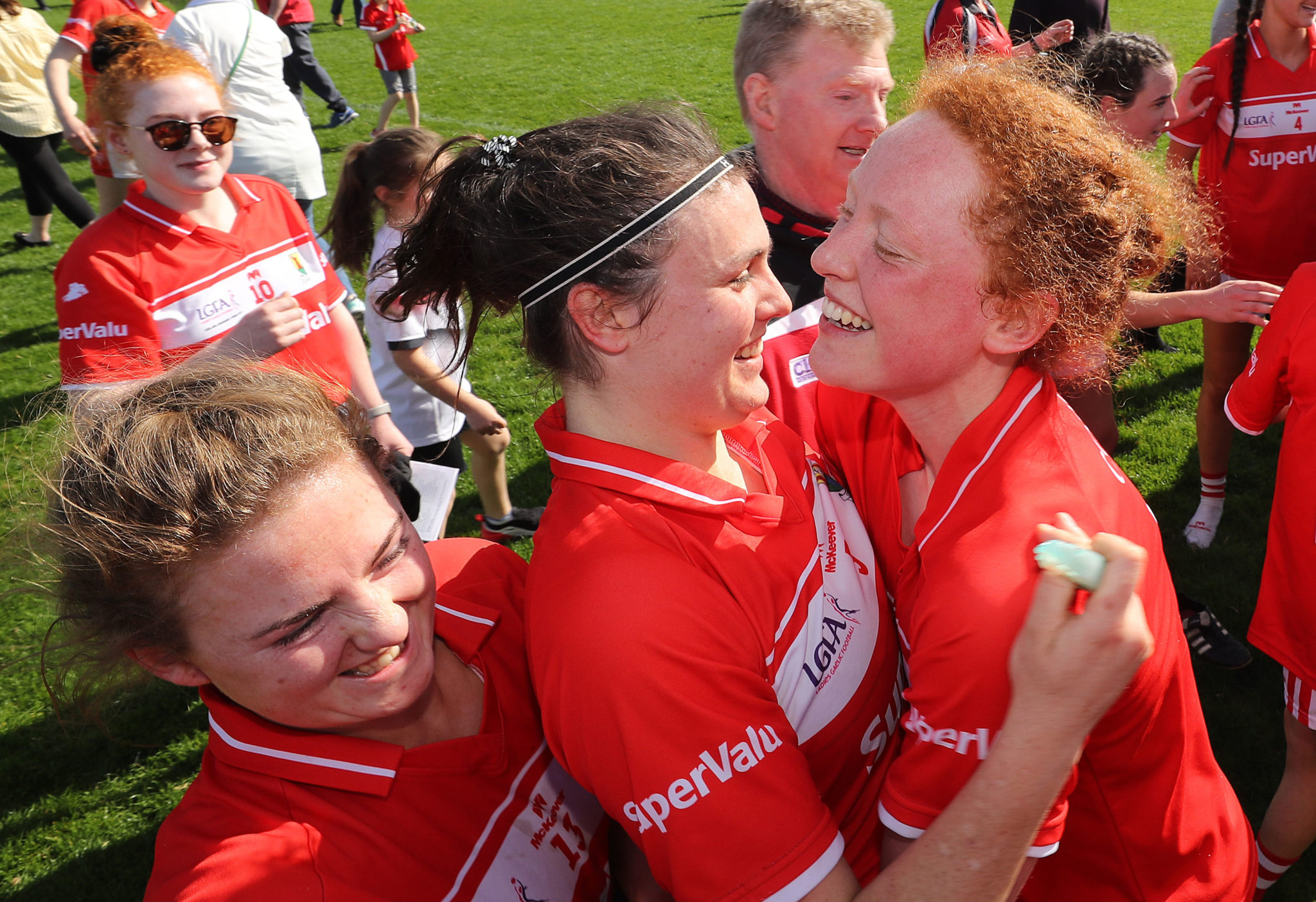 Cotter is from Glengarriff, a small village in west Cork, and she plays for the Beara club.

She is still so young in footballing terms and has already won an All-Ireland, when she was part of the extended Cork panel in 2016.

During her formative years she fell in love with athletics and basketball, as well as Ladies football.

Coláiste Pobail Bheanntraí gave her the basis for her athletics career and coming second in the 3,000m All-Ireland helped to spark interest in USA, where Notre Dame signalled their interest.

But having entered the Cork minor set-up, and learned what it felt like to be part of a team, the rangy midfielder chose to turn down a potential scholarship abroad.

She headed for UCC instead and continued playing basketball on the side. But Law and Ladies Football are two main interests right now. As part of her degree she had to take Erasmus last year, and Cotter chose Université de Montréal.

“We lost the All-Ireland semi-final to Mayo in 2017 and I had to fly out the following morning from Dublin,” said Cotter.

“I was bawling for the next 24 hours. I thought about losing the match and if we got to the final I was going to be flying home in a week and a half. I wasn’t prepared to be heading off for the year.

“It was an emotional 24 hours, but I would be emotional at the best of times.”

Cotter stayed in Canada after her Erasmus, relocating to Vancouver, to work there, for the summer months. She eventually returned to Ireland in September, a couple of weeks before Cork were cruelly denied by Dublin.

“When the girls got to the All-Ireland final, seeing them run out onto Croke Park, I was saying I would love to be running out with them,” said Cotter.

“The lads were onto me for the whole time that I was away. I was no sooner landed back on the ground in Ireland, that I was given a gym and running programme to get me back up to speed.

“The lads actually had me back in as water-girl for the final. It was great that they let me back to get involved in the setup. It was hard to see them run out and then when they lost as well, seeing the heartbreak.

“It would really drive you on for this year. Just hopefully we can come good again.”

Cotter is back in the engine room of the Cork midfield this season, and she has been an inspirational figure in their drive to the Lidl NFL Division 1 final.

Galway beat Cork 1-8 to 0-5 in Mallow on 2 February, but Cotter hopes for a different result in Parnell Park this Sunday.

“It would be massive to win it. There is a real championship feel to the league at the moment, especially the latter stages,” said Cotter.

“We played Galway in the first round and we are really disappointed in our performance that day. We are looking to drive it on for Sunday.

“We prepared well. We had a great win over Dublin which will hopefully stand to us, a really attritional, physical game. We have started playing better as a team in the latter rounds of the league. We have started to click.

“This is a massive opportunity for us to say we haven’t gone away and we are serious contenders again this year.”