Tyrone goalkeeper Niall Morgan promised his father as a young boy that he would one day win an All-Ireland for Tyrone. On Saturday evening, he honoured that promise as one of the key weapons to a historic day in the Ulster county's history.

Speaking on Monday's OTB AM, Morgan spoke about the team's difficulties this season and the motivation needed to bring the Sam Maguire home.

The keeper described the victory as "utter relief" after securing Tyrone's first All-Ireland title since 2008. The scenes at the full-time whistle were full of jubilation as the players celebrated the final victory.

"I always wondered what the feeling would be like if we ever got to win an All-Ireland," Morgan reflected. "I ended just folding myself up like a baby and started to cry."

The Edendork St. Malachy's star put in another blistering performance in Croke Park with 0-3 scored, but it was his deep runs into the outfield that made all the difference. 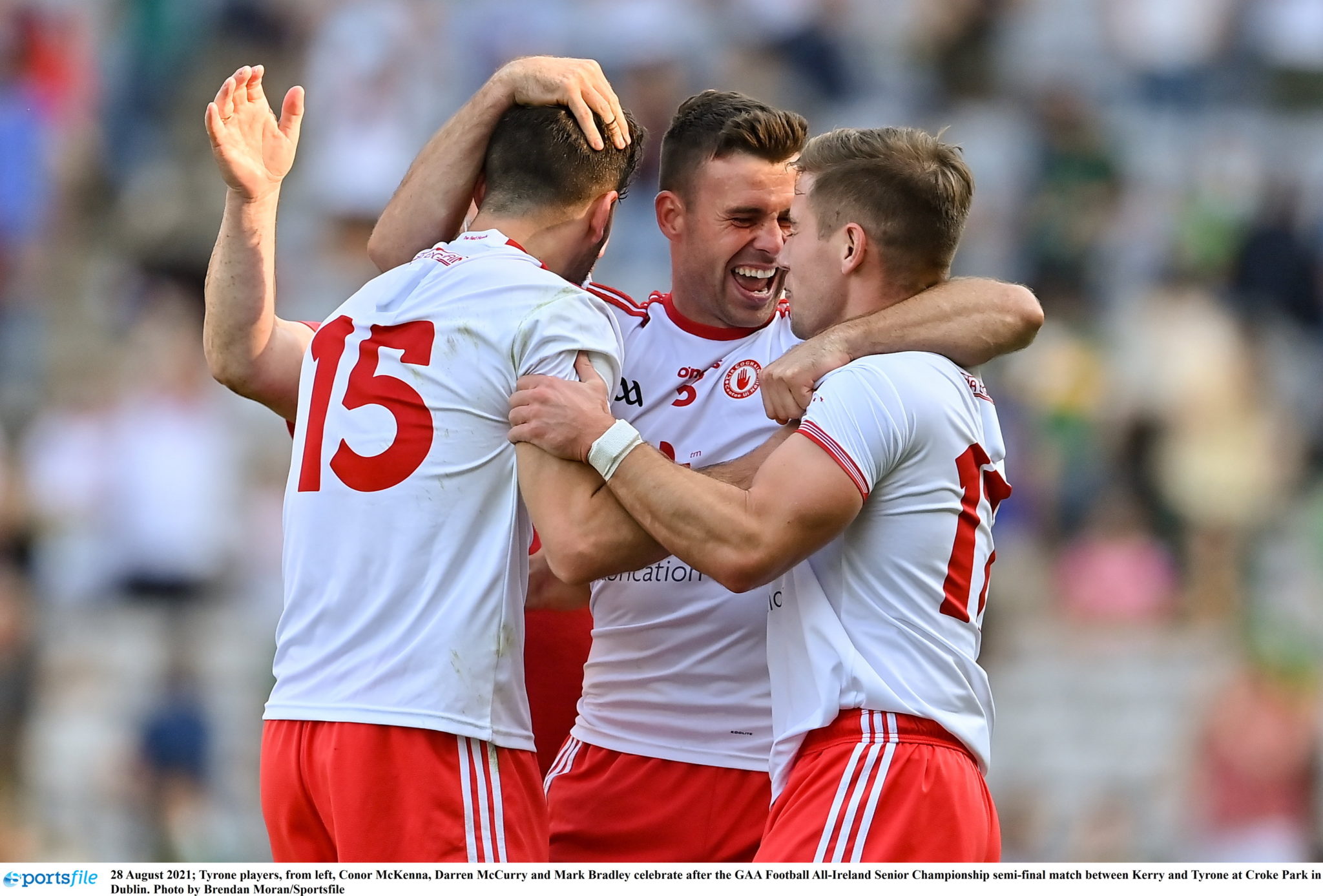 Morgan, who plays outfield at club level, made numerous runs into space with the ball to create chances for the forward line. His displays have challenged the traditional view the role of the goalkeeper, as the sweeper-keeper offers a new challenge for counties to copy or counter.

Morgan noted the victory was made even sweeter, knowing the sacrifices made to lift the cup paid dividends.

"It's nice to prove to yourself that the sacrifices were all worth it."

While Morgan was able to use his team's hard work and dedication as motivation, he also explained the promise he made to his father as a young boy was added incentive. The Dungannon native promised his dad he would win an All-Ireland with Tyrone one day.

"When I was younger, I made a promise to my dad. After Tyrone got beaten in a backdoor game he was distraught. I made a promise that I would win an All-Ireland for him someday. To be able to fulfil that promise was just amazing."

After contending for the man of the match award, Morgan kept his promise to his father.

The victory almost wasn't possible due to the outbreak of Covid among several first-team players. Luckily, the semi-final fixture against Kerry was postponed to accommodate the squad.

"We were told the team were definitely not going to be fit to play," claimed Morgan. "Some boys still wanted to play but we had to decide. If we were going to play then we're going to do it together."

However, Morgan was not happy with some of the comments made by others claiming the team was getting preferential treatment.

"It was disappointing that some people were coming out claiming we were trying to cheat the system," Morgan affirmed. "It did work out in our favour but Croke Park had the right to give us the extra lifeline."

Tyrone will look to retain their title next year as they come into 2022 as the reigning All-Ireland Champions.

Who is in the running for the Kerry job? | Jerry O'Sullivan's Kerry dream team