Andy Moran and Paddy Andrews discuss Oisin Mullin's departure to Geelong on this week's podcast. Both are in agreement that it is a huge loss for Mayo.

Andy Moran and Paddy Andrews discussed the departure of Oisin Mullin on this week's episode of The Football Pod. Former Mayo man Moran offered insight into Mullin individually and where Mayo stand now as a collective.

Mayo's Oisin Mullin will be playing in Australia next year. The 21-year-old joins Geelong as an international rookie after starting for Mayo in this year's All-Ireland final at wing-back.

Despite his age, Mullin started for Mayo in that game coming off of a serious injury. His selection highlighted his importance to the 2021 team, but it also highlighted how important he was going to be for Mayo over the next decade. Former Dublin footballer Paddy Andrews believes Mayo are losing a lynchpin of their future.

"Oisin Mullin was going to be for the next decade the leader of Mayo's defence," Andrews said.

"We had already seen two amazing years. You could see an absolute leader for the next 10 years for Mayo. Making it seamless that you're losing a corp of iconic defenders that were such a strength for Mayo...it's a bitter blow for James Horan.

Andrews believes that Mullin will thrive in Australia and understands the allure of moving into professional sport.

"It just shows you when you get chances in All-Ireland Finals, you have to take them," Moran said.

"Because all of a sudden time doesn't wait for anyone. We got very lucky because one of the good things from Covid is we probably held onto Oisin for two years more than we should have. He won young player of the year and was an All-Star in his first year against Dublin. Paddy's last year. And then this year he gets injured so it was very tricky for him.

"But he was having a great year up until his injury." 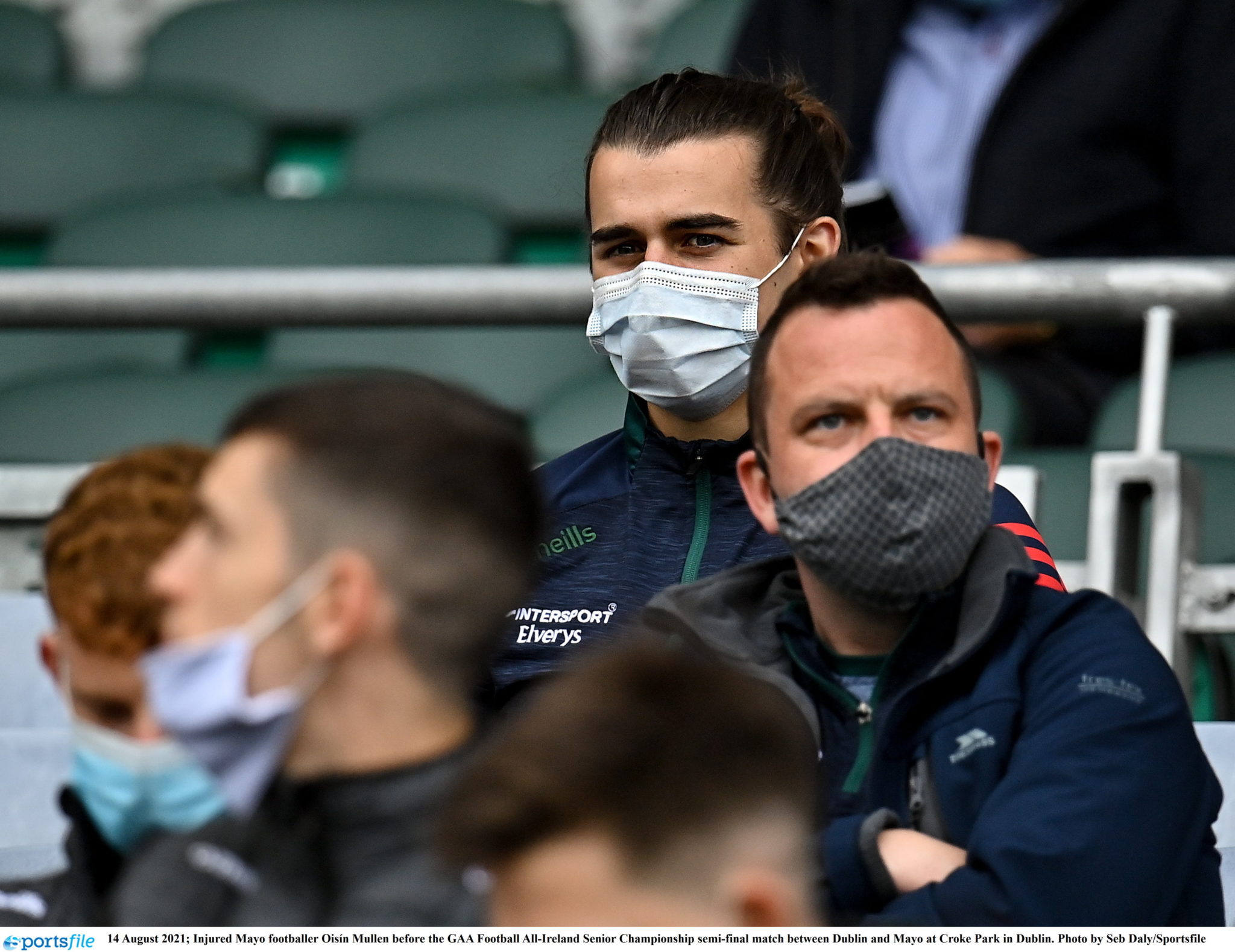 This generation of Mayo football is familiar with the heartache of falling at the last hurdle. Moran is now worried about the future generation, because at the very least this generation was good enough to consistently reach finals and compete against the best teams in the country.

If more of their young stars follow Mullin out of the country, where will Mayo be in 2022, 2023 and beyond?

"What makes it more difficult for Mayo fans is the reality is time is catching up on some of our great players. Lee Keegan had a tour de force in the semi-final and final but Lee is 33. He's a father, a husband. Time is catching up there. Cillian's injury and Aidan. When your best young player that's coming through in a long time is just cut off, it leaves a massive dent.

"The problem is that he goes but in the next year or 24 months some of the other great players might go as well. And the gap then becomes harder to fill again."

Mullin is one of the most celebrated footballers in the country. His fellow countyman Moran believes the hype was fair. He was as advertised on and off the field for Mayo. Moran describes an irreplaceable player on this week's episode of The Football Pod, comparing him to former Dublin footballer Ciaran Kilkenny.

"You don't produce a Ciaran Kilkenny or an Oisin Mullin overnight. They take time. It takes a lot of work."

While obviously disappointed for Mayo, Moran also sees the potential for Mullin as he sets out on a different journey.

"As a person, as a young fella, as a human being, he's incredible. He can do whatever he wants. I know I sound like a dad now when I say this, but he's got manners. He walks into a room and there's no airs or graces about him. He's just absolutely brilliant at everything. He's one of those guys.

"A top 5% athlete in terms of strength, skill and athleticism. The point Paddy's trying to make is, you're Mayo - if you're lucky you produce three or four of these every 10 years. He's one of them and he's gone. Mayo have lost two now in the past 20 years [with Pearce Hanley]. It is hard to take."

Subscribe to The Football Pod on the OTB Sports app or listen on www.otbsports.com. You can also listen to this week's episode on Spotify or anywhere podcasts are available.