McGinley: 'They'll bring that video clip up for years and say it proves the prejudicial things they think about the GAA'

Enda McGinley has criticised the Tyrone senior team's lack of self awareness after a video was shared on social media showing some members of the panel singing rebel songs on their team bus.

The team had just beaten Cavan and were returning home at the time in question.

Mickey Harte this week came out and apologised for the incident, but speaking to Off The Ball's Maire Treasa Ni Cheallaigh, McGinley broke down the negative aspects of the story and the sort of impact it would have on the GAA in the North.

"To be honest it's fairly emotive up in Tyrone regarding it," the three-time All-Ireland winner explained. "There are three very defined positions.

"One position would say it's a disgrace and Mickey was right to apologise. There is the other third who would be nonchalant about the whole thing. A mountain being made out of a molehill and would laugh it off and move on.

"Then there's the other third who think it's a terrible thing for Mickey to apologise. They were just singing Irish songs, why should anyone have to apologise for that.

"For me the truth is somewhere in between. We have to accept that the North is a very interesting place to put it lightly.

"There's a whole section of the North who are very untrusting of the GAA. They see the GAA linked with Sinn Fein and linked with the IRA - which we know it's not.

"But that is how it's seen by a large section of the community up North. I think playing into stereotypes doesn't help that agenda at all. It only reinforces people's prejudices.

"And makes it much harder for people that are in that community who are open minded. I was talking to a surgeon this week - he's a Protestant man - and he always asks me how the football is going. He wants to learn about it.

"He came in this week and says: 'That's desperate. That's just sheer bigotry.'

"It's been reported as a hate crime which I think is again reactionary and stupid. People will say the Northern Irish fans were charged because of some songs they were singing and this is the Tyrone team." 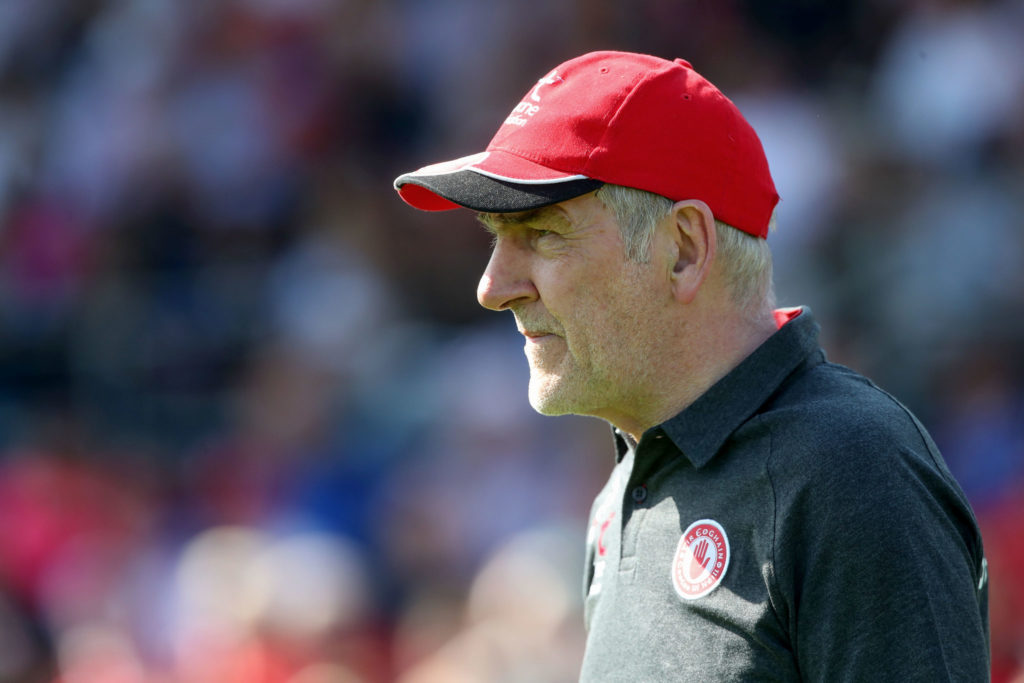 Mickey Harte apologised on behalf of his team this week after backlash to the video.

He continued: "My issue is, it would be bad if Tyrone supporters were doing this. It'd be a [reaffirmation] for certain people of what the GAA is. But this was the Tyrone senior team.

"I remember as a minor and an U21 player under Mickey Harte. He hammered it into us that if we were out at night or wherever they are, as a county player you were there to be talked about and looked at.

"People would take note of what you were doing and would talk about you afterwards.

"Being a county player you are representing that jersey. I think in the modern age, we need to realise [...] any person with any sort of public profile - what you put on your social media represents [the county]."

McGinley went on to say that the players should have been more aware of their responsibility to the county.

"For those Tyrone players anything on social media represents, not just them, but Tyrone GAA.

"It's a messy situation that does not reflect the GAA well. Unfortunately it's been played up by the opponents of the GAA, of which there are many to all the stereotypical things that we're trying to show that we're not.

"That one video clip, they'll bring that up for years. They'll say it proves many of the prejudice things that they view the GAA on."

Enda McGinley confirms he has been approached about Antrim football job