Mayo manager James Horan spoke to media after a good win over Roscommon in the Connacht Senior Fo...

Mayo manager James Horan spoke to media after a good win over Roscommon in the Connacht Senior Football Championship semi-final.

Horan’s men defeated Roscommon 1-16 to 0-13 at Dr Hyde Park in Roscommon on Sunday. He was happy with the way that his side started away from home.

“We started very well, and we were looking forward to that game all week,” Horan said. “We trained well and prepared well.”

Horan felt that the conditions on the pitch aided his side’s performance against the Rossies.

“We knew the surface over here would be brilliant, it suits us, it suits the game that we play,” he said.

“I think Diarmuid [O’Connor’s] goal just before the water break was a great time for us, and a hard time for Roscommon, so that gave us a good cushion to play through the game.” 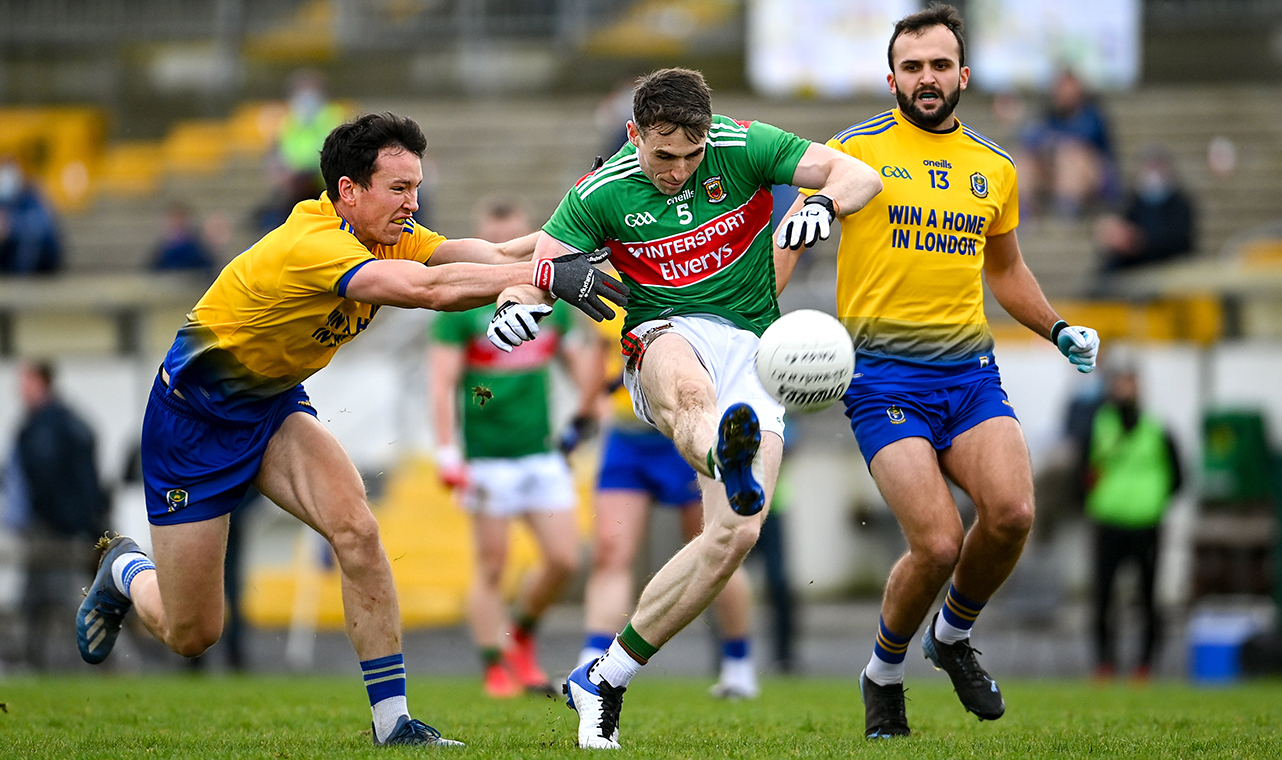 Patrick Durcan of Mayo in action against Tadhg O'Rourke, left, and Donie Smith of Roscommon during the Connacht GAA Football Senior Championship Semi-Final match between Roscommon and Mayo at Dr Hyde Park in Roscommon. Photo by Ramsey Cardy/Sportsfile

Patrick Durcan made one of the great scores of the game in the second half, after a length-of-the-field run, to turn momentum back in Mayo’s favour.

“Paddy’s one was a great score, he ran the length of the field,” Horan said.

“They had got a couple of scores in a row and they were trying to build up a bit of momentum. For Paddy to go up, he started it, linked it and then finished it; it was a great score.

“Paddy was superb again for us, and those scores are sometimes more than scores, they can grab momentum for us as well.”

Although they were convincing for much of the game, Horan was disappointed with some aspects of his team’s play.

“We were strong in a lot of aspects of the game, there is no two ways about that,” Horan said.

“The second quarter we were very disappointed with; we had probably five or six wides in a row, rushed shots, the wrong type of shots and that kind of stuff.

“In the key aspects of the game, the work rate, the energy and working for each other, I thought we were very strong.” 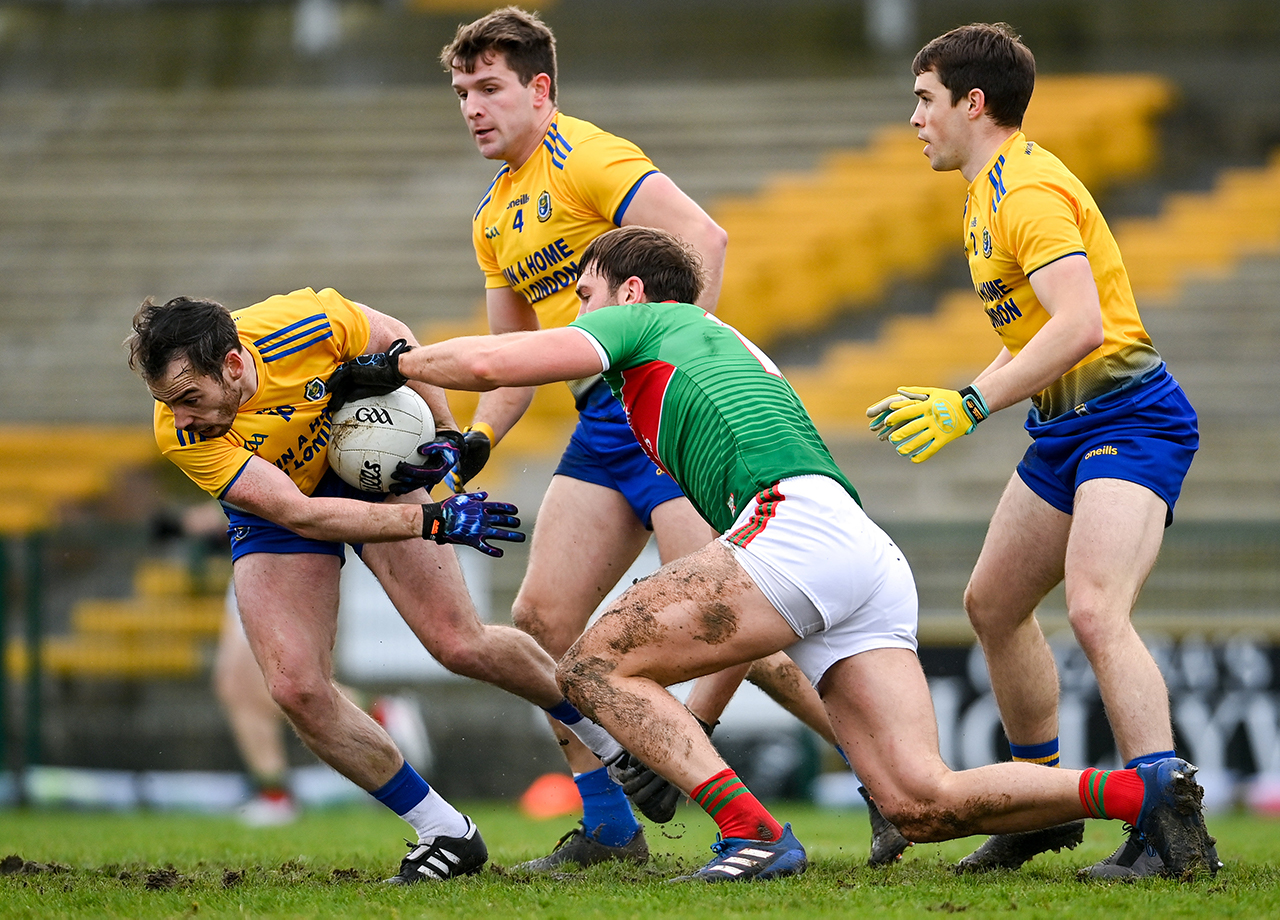 Niall Kilroy of Roscommon, supported by Seán Mullooly, centre, and David Murray in action against Aidan O'Shea of Mayo during the Connacht GAA Football Senior Championship Semi-Final match between Roscommon and Mayo at Dr Hyde Park in Roscommon. Photo by Ramsey Cardy/Sportsfile

Mayo’s young players were the key on Sunday, but Horan is looking forward to the return of a couple of senior players in the side for their final against Galway next week.

“We had seven or eight championship debutants last weekend, and they did very well,” Horan said.

“We had Matthew Ruane make his championship debut today and we have a couple of other in the 26 that could easily have been put on today.

“We have Tom Parsons and Seamus O’Shea and a couple of others to come back in, so it is going very well.

“The newer players are definitely pushing it on, so it is great to have that.”

Now that they have checked off Roscommon from their list, Mayo will focus on the challenge that is Galway in the Connacht final.

“We haven’t talked too much about Galway, what they are or aren’t,” Horan said.

“We were just getting through today, and we will have a look at [Galway] on Tuesday and see where we are.

“But look, a Mayo-Galway Connacht final, they are always something to look forward to.”