Mayo football captain Aidan O’Shea discussed their recent history with Dublin and what he has learned from their encounters on Wednesday.

The Westerners will head into their fifth final in nine years on Saturday, December 19th against a Dubs side that is looking for their sixth consecutive Sam Maguire trophy.

The two sides share a lot of history, which O’Shea mentioned the senior players in his side have learned from.

“I think the concentration piece, the consequences from mistakes are more significant than they are against anybody else.

“You can’t afford to, whether you are in possession or out of possession, to make mistakes.” 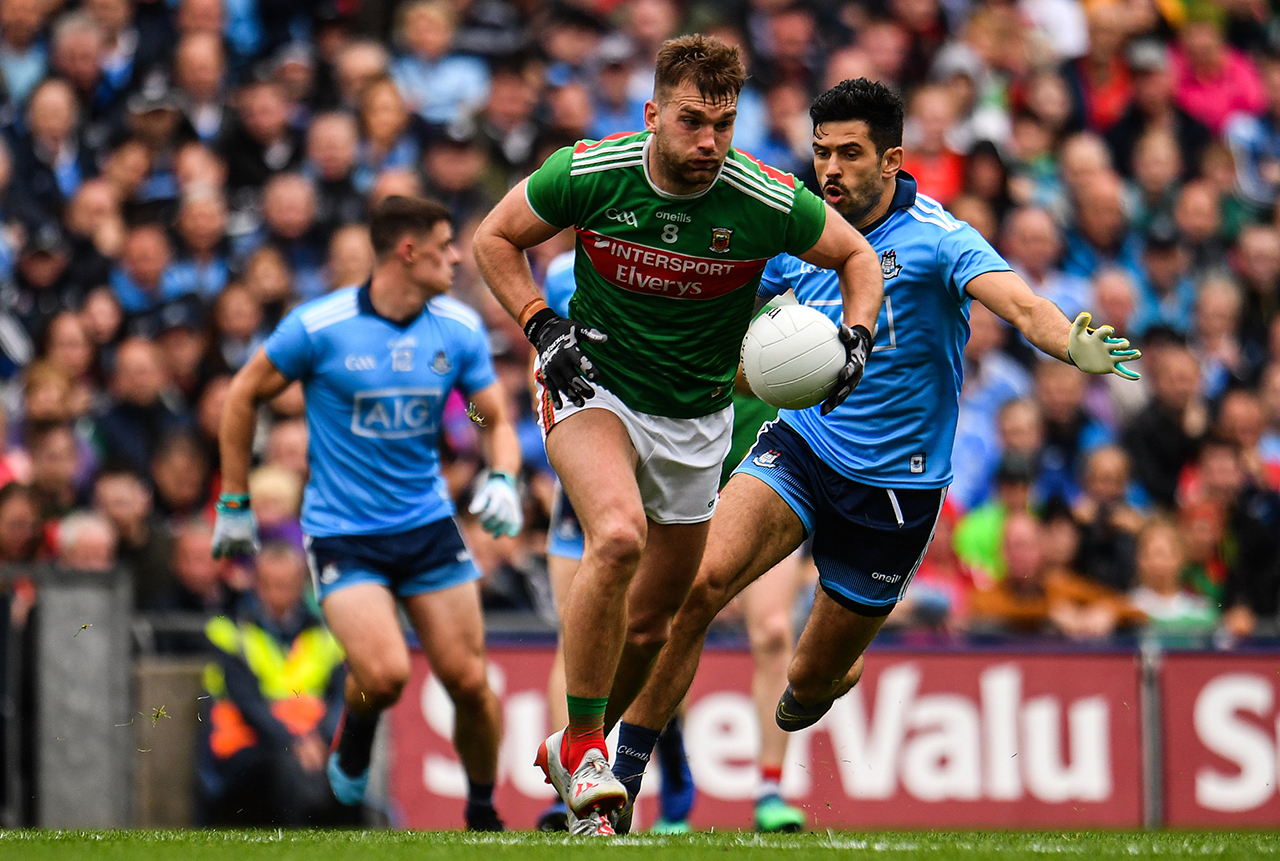 Aidan O'Shea of Mayo in action against Cian O'Sullivan of Dublin during the GAA Football All-Ireland Senior Championship Semi-Final match between Dublin and Mayo at Croke Park in Dublin. Photo by Sam Barnes/Sportsfile

He suggested that Mayo will need to be more structured than they have been en route to the final in order to challenge the defending champions.

“Structurally you need to stay pretty strong,” O’Shea said, “whereas against other teams you probably can have a little bit of variability, and your risks don’t have the same level of consequence.

“From our perspective, we still want to be expressive and play our game, but you need to taper that and understand when you are executing that if you don’t do it correctly there is a punishment at the end of it when you play Dublin.

“Saying that, the way we are playing is that kind of exciting, free-flowing game, and we will continue to do that, because that is what suits us best and suits our skillset best.”

The Westerners will not be heading into the final carrying their baggage, however, as O’Shea has been happy with the young talent that has come into the side this year.

He believes that the fact that these players have not played the Dubs yet will add some much-needed freshness to the encounter.

“From our group, a lot of those players would not have played against the Dubs before, so it is fresh for them and something different as well for the opposition,” O’Shea said.