Mayo manager James Horan lamented the fact that he has to leave members of his staff at home for the All-Ireland final on Saturday, December 19th.

The Westerners will continue their rivalry with Dublin in the All-Ireland Senior Football final at Croke Park.

Despite the size of the stadium, the current COVID-19 restrictions in place mean that there are still members of each team’s backroom staff that will not be able to attend the final.

Horan hopes that there can be changes made to the restrictions to allow for all those involved in getting to the final are able to celebrate the day at Croker.

“We have three or four of the backroom team that cannot get access,” Horan said.

“Our COVID-19 officer, who has been with us everywhere, does all our temperature monitoring, does everything else, cannot get access to the games.

“I know it is mad times anyway, but it is a mad scenario when there is three or four people that have been there every single night, every single day doing stuff and they cannot get in.”

Horan added that the staff members often end up watching the matches from their hotel rooms, not even at home with family.

“Two of them watch the match on their own, in a hotel, and we are just down the road,” Horan said.

“But the players are conscious of that and we try and represent those guys as best as we can.” 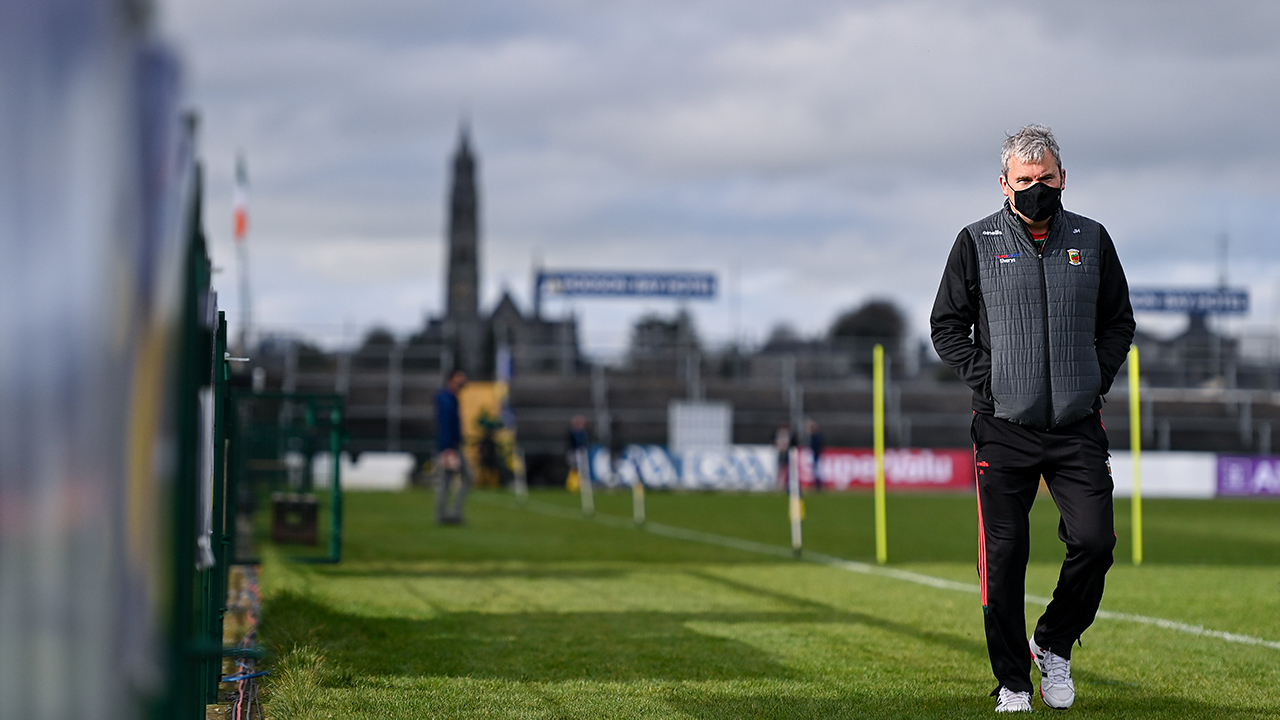 With the build-up to this year’s All-Ireland dampened by COVID-19 in other ways as well, Horan suggested that this year’s final has less hype than previous years.

“It is definitely more straightforward for us,” Horan said. “[We go] to training, train and go away from training; there is no other involvement of other people.

“With COVID restrictions there obviously cannot be people around, so it is very calm and low key and it like any training in December; there isn’t anybody standing out in the cold.”

The Mayo manager thinks that the lack of external interaction actually allows the players to focus better within the camp.

“It is maybe easier to plan,” Horan said, “and there is less interference with players, the ticket scenario, partners and where they are sitting and all that kind of stuff.

“It doesn’t typically become too big an issue, but it is always knocking around in the background, so there is none of that this year.

“So, it does streamline it, I suppose.”

'A black card didn’t even enter my head' | Jonny Cooper

Dublin and Mayo reveal their teams for All Ireland football final