Former Dublin footballer Bernard Brogan joined Off The Ball where he spoke about his upcoming book, The Hill.

Marc O'Se was one of Brogan's fiercest rivals on the pitch. The Kerryman spoke about what made Brogan such a difficult opponent.

"Bernard, for me, was the toughest I ever came up against," said O'Se. " I was lucky enough in the first couple of years I didn't have to mark him that much because he was out on the wing.

"He had good feet, you just hear him talking about the work he did in the early days on his weaker foot. He put in serious effort, you could see that."

Bernard Brogan was a constant threat no matter how late it was in the game according to O'Se.

"The thing about Bernard was, you could be marking him for 69 to 70 minutes and even if we were on top in the middle of the field. Or maybe the ball wasn't getting the service he would have liked, but you just had to keep your eye on him for the full 7o or 75 minutes.

"I remember one National League game, I think it was after Dublin beat us in 2011. I was on Bernard and it was one of those games that was actually going okay.

"A ball was kicked in and Bernard was facing in towards the Davin Stand on the Cusack side and on the left he just took it.

"He was a very clever forward in that the way he made his runs, he did those lateral runs. He was making the runs where he was on the half-turn if he did receive it so a point was on or maybe a pass was on.

"That game Bernard just took it onto his right and the ball just sailed over the bar." 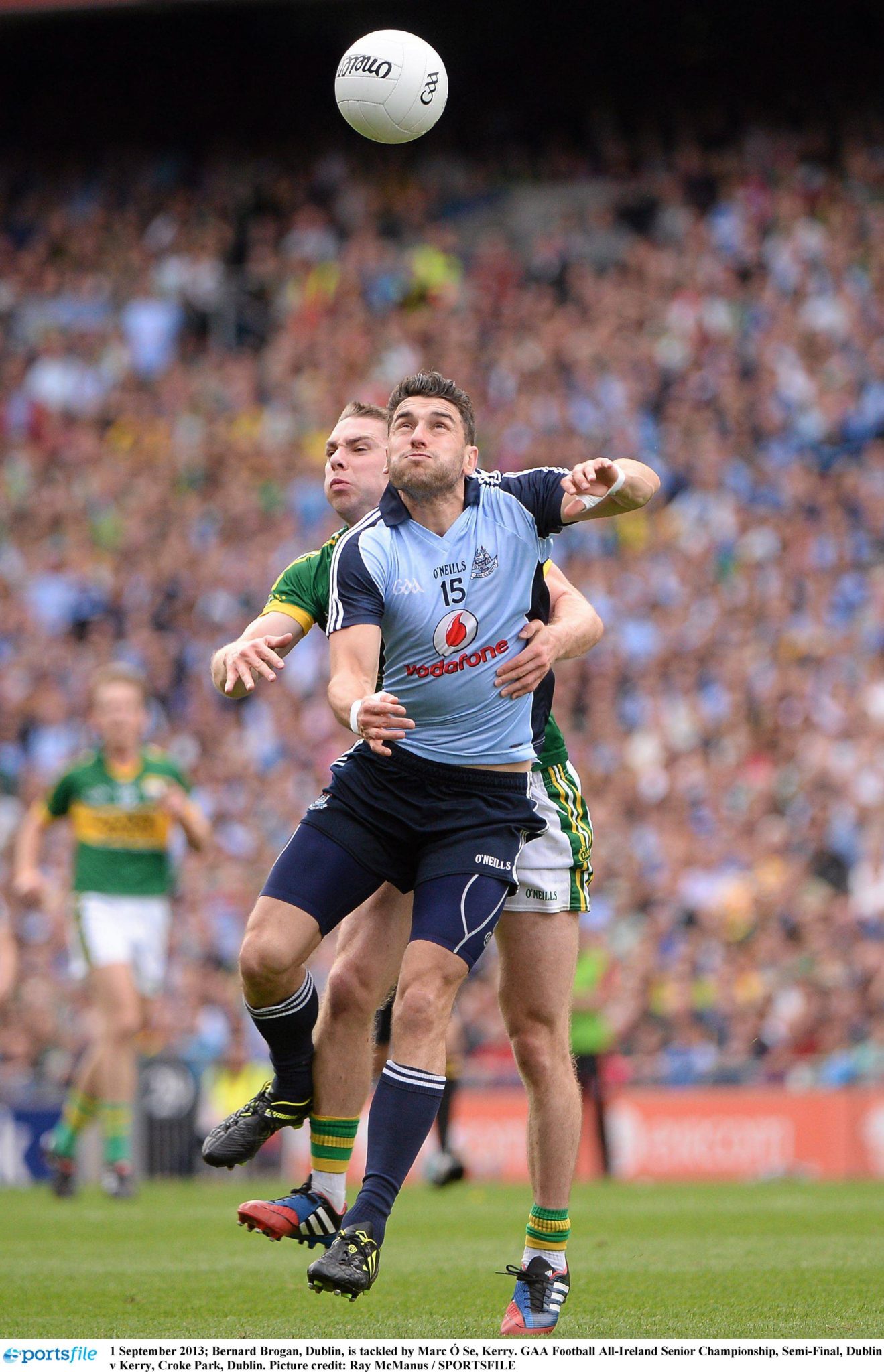 As the pair's careers progressed in tandem, things got even more difficult for O'Se.

"Then when my brother Dara retired, midfield was a needy area for Kerry and Dublin were going so well," recalled the Gaeltacht clubman.

"You had such a driving force in the middle of the field and then you were faced with the task of trying to mark him when there was a supply of ball coming in.

"It was like trying to keep the tide out, trying to mark him, he was that good.

While Brogan is a renowned scorer, O'Se says it's the rest of his game that was impressive.

"Again, he had all the skills, he was able to win a ball over his head, that's the big thing with a forward," says the former Kerry back.

"You knew if you were going into a tackle against him that you really had to hold on to that ball."

Marc O'Se and Bernard Brogan developed quite the rivalry on the, the Kerryman is clear who came out on top more regularly.

"I was the unlucky victim in the Kerry set up who had the unenviable task of trying to mark him.

"On the day of my birthday, I was 36 on the National League final and I was marking Bernard and that is a nightmare that will stay with me for a long time.

"He was a phenomenal player."

Brogan was speaking ahead of the launch of his new book, The Hill, written in collaboration with Kieran Shannon.

The Hill promises to be a fascinating account of an exceptional sportsman’s uphill journey to again play the sport that he loves and meaningfully contribute to probably the most outstanding feat in Irish team sport history: the Five in a Row.