MacAuley announced his retirement from senior county football during the week, after a decade with Dublin.

As the tributes to the man affectionately known as MDMA flooded in throughout the week, the Sunday Independent’s Joe Brolly wrote about the antics of the 34-year-old.

Brolly's article touched on many different anecdotes, including forgetting his boots on finals day and playing basketball for a friend he doesn’t like the day before the final.

Martin and Hamilton looked at the influence that MacAuley had over the years, helping Dublin to six in a row.

“That bit about how [Pat] Gilroy said he was the key man for the Dublin revival is a really extraordinarily revealing thing for Gilroy to say,” Martin said.

“It was such a seismic turnaround in a team’s fortunes, and we are still, a decade later, it is still being played out, so what a tribute to a guy’s impact to have that.”

While he was undoubtedly talented, what stood out for many about MacAuley was the fact that he seemingly knew nothing about football outside of his own team.

“Balance that with how completely nonplussed he was by his ability as a player, his importance to Dublin, by the whole game of Gaelic football,” Martin said.

“Successive Dublin managements realised early on that he didn’t know anything about Gaelic football or footballers.

“Unless they were part of his group, he had no interest.”

Martin quoted Brolly’s article, which recalled how MacAuley did not know who he was marking against Tyrone in 2010.

“He was told he was marking Sean Kavanagh and it quickly became apparent that he absolutely no idea who Sean Kavanagh was,” Martin said.

“Remember, this is April 2010 when Sean Kavanagh was a three-time All-Ireland winner by that stage, and I think possibly footballer of the year in 2008.”

In his article, Brolly mentioned how Gilroy often had a different way of managing MacAuley compared to how he managed the rest of his Dublin team.

One such example of this, as pointed out by Martin, was when he allowed MDMA to play a friendly basketball game the day before the All-Ireland final.

“There is another anecdote later on,” Martin said. “It is the Tuesday before the 2011 final, after the last training session, Gilroy said to the lads, ‘no golf, no runs, complete rest, do nothing between now and Sunday’.

“As he was leaving Parnell Park, MacAuley taps Gilroy’s window: ‘What is it Michael?’ ‘Look Pat, I have to play a basketball game on Saturday evening’.

“Gilroy said, ‘I could just see he would be very upset if I said no, so I said ok, just don’t tell anyone.

“When Gilroy gave him permission, MacAuley said, ‘Thanks Pat, I am not really into the guy anyway’.” 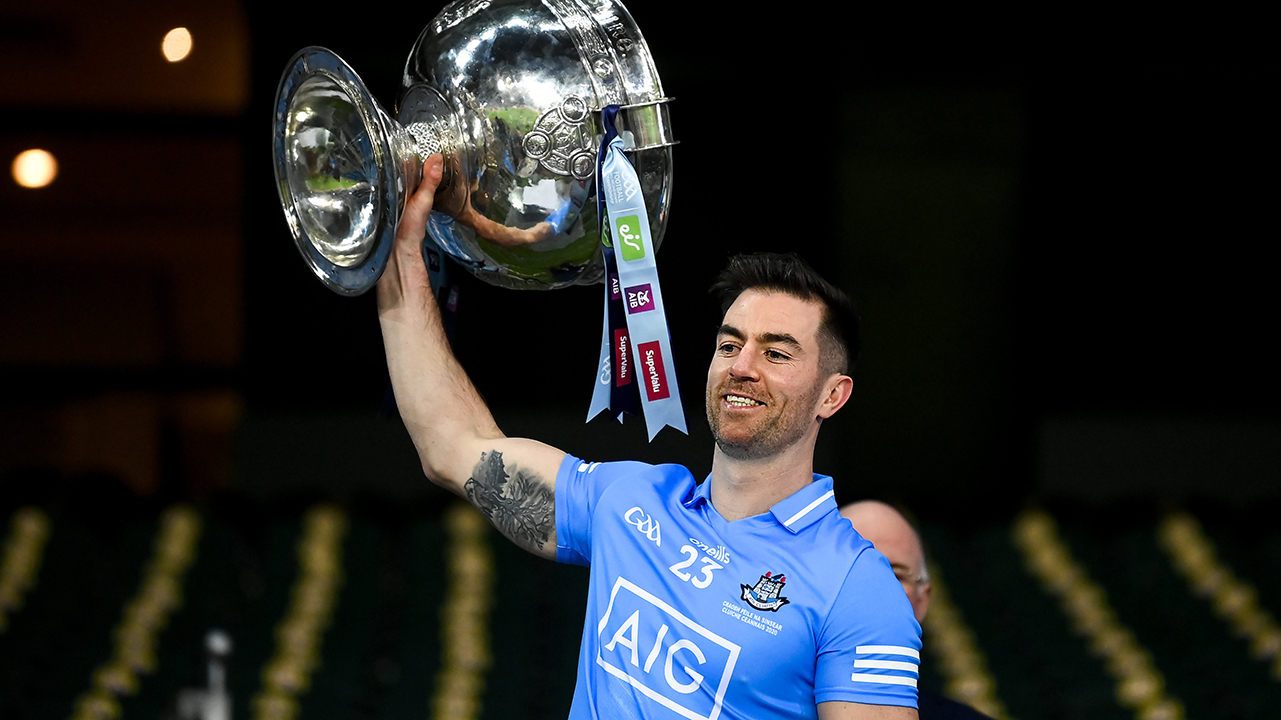 “Joe rings him up, just to get a feel for his personality again as the piece was going in the paper,” Hamilton said.

“There was noise in the background, and he says, ‘where are you?’ He said, ‘I am on the bike, riding around St Stephen’s Green.

“[He said] ‘My bike was nicked, so I am on a Dublin bike’. He was getting his cycling in by hiring a Dublin bike and cycling around Stephen’s Green.”

While many might not be a fan of Dublin’s dominance over the past decade, Hamilton suggested that you cannot help but like MacAuley, regardless of your allegiance.

“You couldn’t fail to like Michael Darragh MacAuley after reading that,” Hamilton said.

“It is just the ugly duckling that turns into the swan. This is Michael Darragh’s football career.

“It should never have happened, but of course it did, because he was so good at what he did.”

The argument for splitting Dublin GAA into eight 'county' teams