Barry McKeon briefly believed he could have it all.

An inter-county footballer with Longford working construction mid-week, the increasing awareness that neither would sustain him indefinitely focused the mind on potential avenues for self-improvement.

By his own admission, third-level education hadn’t proved appealing to an 18-year-old who was focused on his football and finances. At 26, however, a one-year course in Athlone IT offered clarity where fear of an uncertain future had begun to cloud his mind.

“I thought I better knuckle down and get something else under my belt,” he explained to Off the Ball. “The course will hopefully serve as a stepping-stone into construction management.

“If I didn’t do something now, you won’t find it until you’re into your 30s, the football will be gone for good and you’ll be left in a rut panicking.”

The additional burden initially proved manageable. Yet, with the reintroduction of McKeon’s inter-county commitments toward the end of 2019, his eyes were opened to the magnitude of this impossible balancing act.

“Then I was training with Longford on Monday, Wednesday, Friday and Sunday. I thought I could have a stab at it, but I’d have had no life, no free time at all.”

In one sense, the choice was made for him. Unable to pack in his job and committed to a course that offered room for personal and professional growth, inter-county Gaelic football had to go.

After some soul-searching, however, the man who had been playing for Longford since he was a boy found that his decision brought about more relief than regret.

Barry McKeon was fed up. He needed a break from Gaelic football. 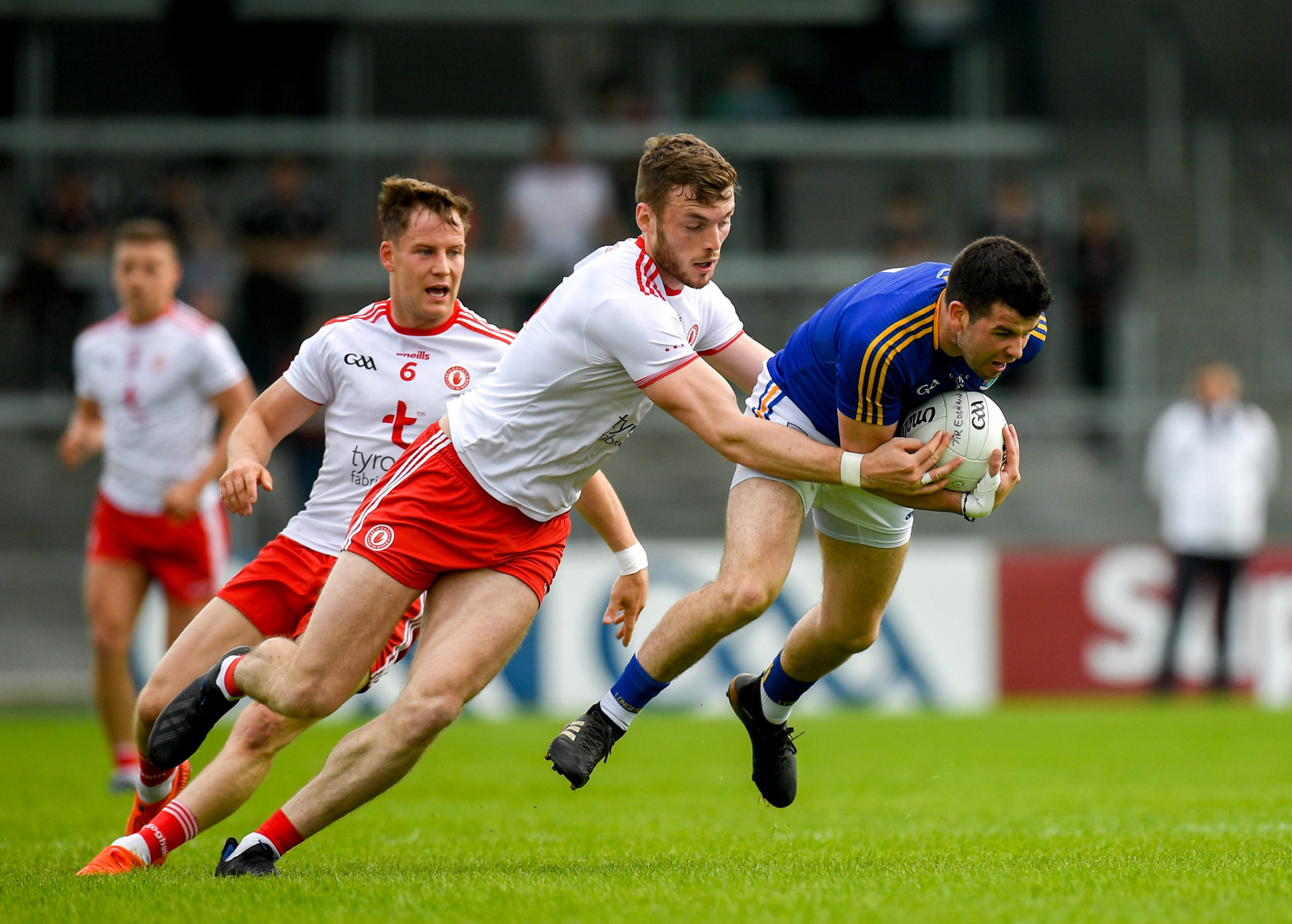 22 June 2019; Barry McKeon of Longford in action against Brian Kennedy of Tyrone. Photo by Eóin Noonan/Sportsfile

The lack of time to pursue avenues of interest beyond Gaelic football is the contributing factor to a significant departure of inter-county players for the 2020 season.

Of those known to have willingly left, there are upwards of 60 players from across 24 counties.

“I’d say there’s even more than that,” estimated McKeon, one among the exodus. “From my own club there were two other lads, if not three, asked to be part of the Longford panel this year and they declined. So, there is a problem there.”

A nationwide phenomenon, there are those who nevertheless believe the number of players leaving to be nothing extraordinary. Without firm statistics against which the departures can be measured in comparison to previous years, Padraic Davis, the manager of Longford’s senior footballers and one who is contending with a playing panel hit harder than most, errs on the side of disbelief.

“Somebody asked me if when I played myself was this a normal occurrence,” he explained. “I thought about it, and you know, it was.

On the question of panel turnover, Davis’ argument is merited. For the nine players of his who have left, five others have returned to the fore after time spent travelling. Although it makes the prospect of planning out anything beyond a one-year-plan for Longford almost impossible, those who do leave will likely return, sooner or later.

Yet, to what end?

“The most frustrating thing for me is when you get guys committing for one year,” admitted long-serving Longford footballer, Mickey Quinn. “You don’t want to be turning around and telling them that they’re pissing against the wind, but if you want to be the best that you can be it’s long-term that you want to be looking.

“You get lads dropping on one year and off the next and then back again the following year. When people are forever talking about continuity or progression, you never really improve like this.”

While those who are opting out in 2020 are unlikely to do so for good, that it has become this difficult to balance personal ambition and professional responsibility with playing Gaelic football has the feel of a distinctly modern conundrum; irrespective of Davis’ insight into the long-standing practice of turnover.

As the recently published second instalment of an ESRI report jointly commissioned by the GAA and GPA demonstrated, inter-county players, when asked to identify the most troubling aspects of this commitment, found numerous ways of highlighting the same issue: it takes up too much of your time.

Be it training, matches or the onerous travelling that facilitates both, life as an inter-county player, be it for a university student as Luke Keaney has described, or for those already in the working world like Killian Clarke, requires a degree of self-sacrifice that extends beyond simply being the best Gaelic footballer one can be.

“Time requirements have gone through the roof,” conceded Quinn, somewhat surprised that he was still capable of making the commitment. “Everything else has to be put on the back-burner.

“Going around the counties, I’d love to know what are the number who are married, how many of the lads have kids? There are three married lads in our team, and I think the three of us could be on the way out soon.”

Although he has his reservations regarding the overwhelmingly negative tone of the ESRI report (“It’s a bit of an Irish thing to bitch and moan about everything,” he said only half-laughing), Quinn, who spent time with Essendon in the Australian Football League a decade ago, acknowledged that as the inter-county scene became more alien to a player’s day-to-day reality, even the physical exercises that were once the marker of a player’s progression have increasingly lost any sense of enjoyment.

Truthfully, the demands of inter-county Gaelic football have come to more closely resemble what is expected of those who make the journey Quinn undertook Down Under - without the actual bonus of professionalism. 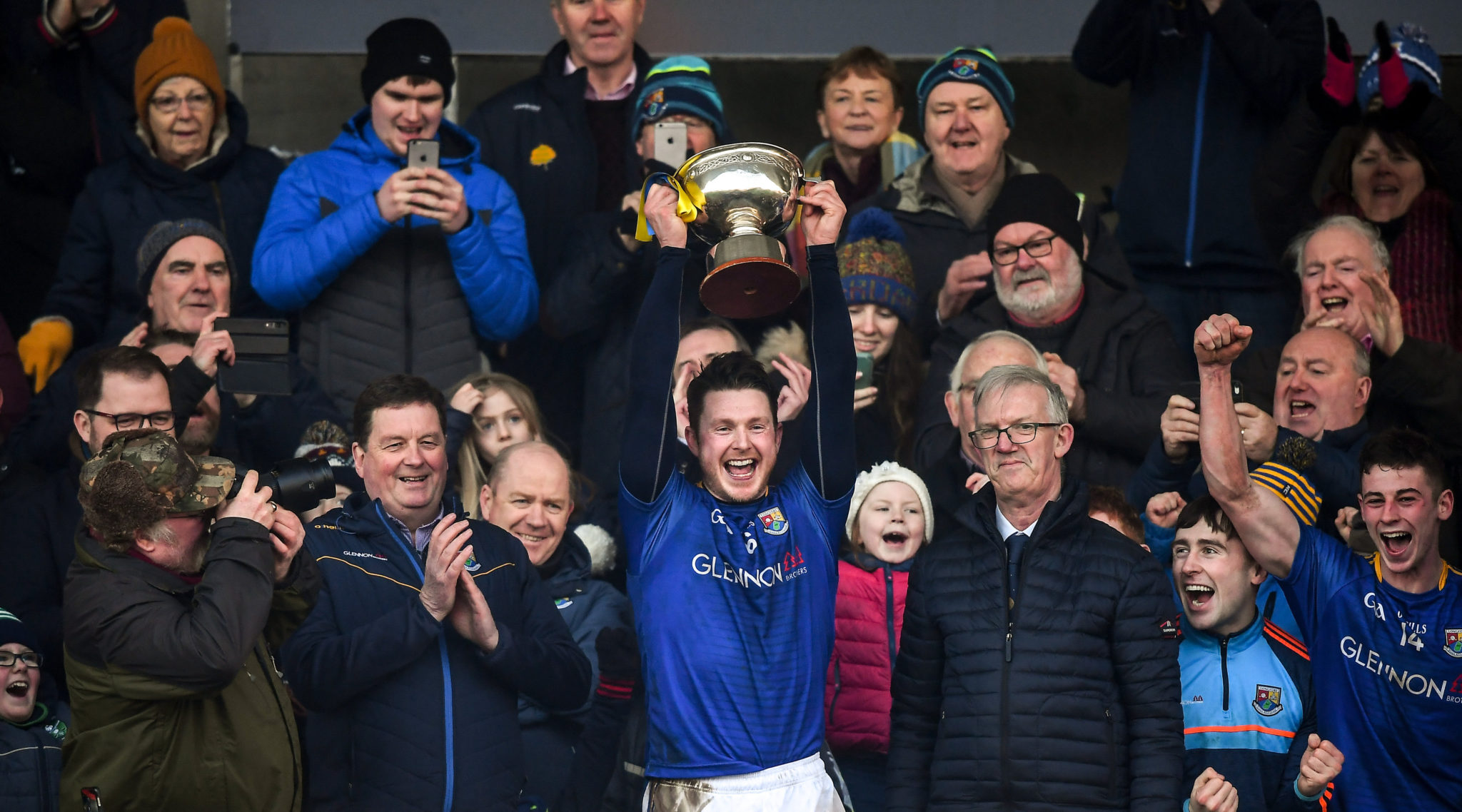 Something of a ‘lifer’ in Longford football circles, the realisation of his dream to play inter-county football has not entirely lost its lustre for Barry McKeon. Although he takes nothing for granted, returning to the Longford set-up is not something he would countenance as being forever beyond him now.

Nevertheless, from his early days as a county U-14, to scoring 0-2 as the minors won a Leinster title in 2010, the increased demands have drawn too much energy from him.

“I feel like I lost a bit of my love for the game,” he admitted. “I’d just lost that interest in going training on those dirty nights, you know. I wasn’t really enjoying going training at all.

“I felt myself in bad humour beforehand and that’s not a good sign or a good thing to have around a team. I’ve seen it from other players when their attitude isn’t great, and it doesn’t work.”

Routinely reminded that at 26 he is coming into his footballing prime, those onlookers bemused by his decision to walk away failed to consider that this was ceasing to be Gaelic football anymore – not as he had known it.

“It wasn’t an easy decision,” he stated assuredly, “but there’s just a lot more to it now than there used to be.

“You’ve a strength & conditioning coach, a nutritionist, all these people who you have to be answering to. Then you’ve got your video analysis, and, like, I’d be kind of … I don’t want to say old school, but I wouldn’t see the point in a lot of it.

“I understand looking after yourself the best you can, but when you’re answering to everybody it never lets you switch off. Yes, you might be only training on Monday, Wednesday, Friday and Sunday, but the days of rest now are nearly as important to get your body right.

“It just became surreal, getting calls from all sorts of people involved about all sorts. Just go out and play! Obviously, you have to have a bit of shape and tactics to you, but go out, give it your all and see where it gets you.”

Barry McKeon expects to be in attendance as Longford commence their hunt for promotion from Division 3 against Louth this weekend, and there may even be a pang of regret that he’s not in the thick of things.

That being said, with work going well and any initial concerns about how he’d take to the course in Athlone IT well behind him, free time has come as something to be carelessly toyed with.

“I do be sitting here in the house twiddling my thumbs: ‘Jesus, what in the name of God do you do?’,” he said of his first winter without inter-county commitments in some years. “Now, it is just beginning to feel a little more normal.

“Like, I’d often have come home and Mam would say, ‘Where are you going this evening?’ To be able to say, ‘Ah, sure I’ve nothing to do’, it’s grand like.

“You can be tipping away in the evening doing a bit of farming which I never got to do before because I’d be rushing off. The auld lad would be scowling at me that I never do anything, so it’s grand to be able to do a bit for him as well.”

Unlike McKeon, Mickey Quinn is still in the thick of things with Longford and thankfully, things are going well. Yet, as the year draws out and the county's form goes one way or another, he may have reason to ponder further upon his words for those who have departed: “Maybe they are the smarter ones walking away.”