This allowed very little time for players to warm up, especially due to the enforced earlier kick-off time of 1pm brought on by the men’s match later in the afternoon.

While Cork managed to arrive with a short amount of time to warm up, Galway had barely made it out of the dressing room, having just arrived at the stadium, before they were told that it was time for the throw in.

On Monday morning, Ladies Gaelic Football Association (LGFA) president Marie Hickey suggested that the reason Galway had no time to warm up was because they spent too long in the changing room.

Seoighe disputes this, saying that they only took the minimum time that they could in order to get onto the pitch as quickly as possible.

“All that we have been allocated is 14 minutes this year with COVID restrictions,” Seoighe said.

“Pre- and post-game, you only get 14 minutes in the dressing room, so there is no way we could have spent any more than that time.

“We came straight off the bus into the dressing rooms, got ready as fast as we could, and when they knocked on the door we were out onto the pitch.

“So, I don’t know where that argument is coming from, but it is certainly not true that we spent too much time in the dressing room.

“We didn’t have enough time in the dressing room, never mind too much.” 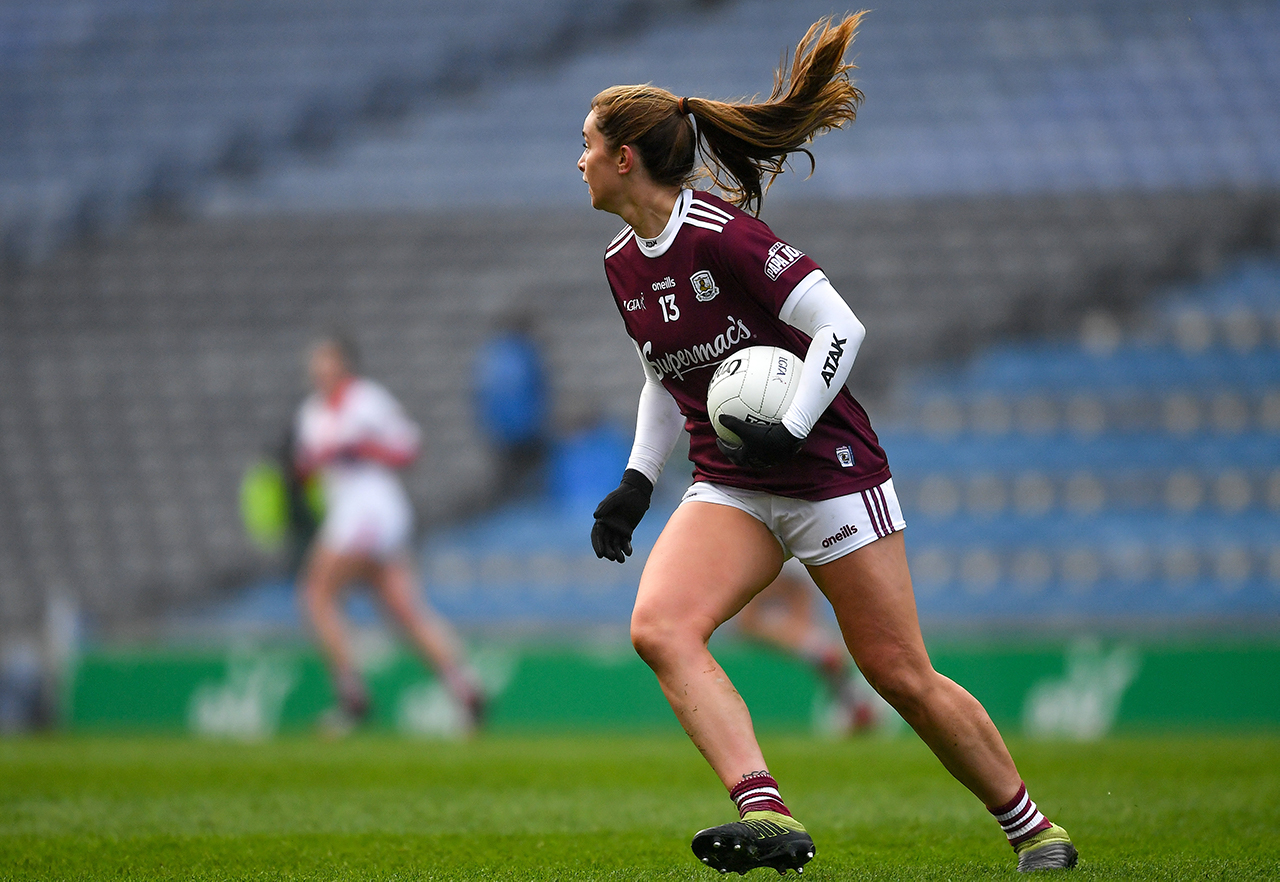 It is like being hit while Galway are down

Seoighe suggested that she almost felt betrayed by the comments made by the LGFA president. “To be honest it was like hitting people while they are already down,” Seoighe said.

“We were already upset with the way that everything was handled, and the treatment and reception that we got.

“It was supposed to have been one of the biggest matches of the year for us on [what turned out to be] the biggest stage in the country.

“It was supposed to be a day where our family and friends were all sitting at home getting ready to watch us perform.

“No matter what the result, you’d still have a nice memory of that day, and getting to that stage. But I just felt that all the goodness was taken out of it when all of this came to the fore.

“Then this morning, to wake up and see the president of the LGFA coming out and saying statements like that, it was very upsetting.”