Mayo 2-12 Armagh 1-12 Mayo manager Peter Leahy says his players continue to grow as a unit as the...

Mayo manager Peter Leahy says his players continue to grow as a unit as they booked their place in a TG4 All-Ireland Senior Championship semi-final.

The 2017 beaten All-Ireland finalists were knocked out at this stage last year but moved into the final four after a narrow victory over Armagh at Glennon Brothers Pearse Park in Longford.

Maria Reilly and Sarah Rowe fired the goals in either half and Mayo set up a rematch of the replayed Connacht final with Galway, who were also victorious on Saturday.

Mayo had a difficult 2018 but have bounced back this year and after wins against Tyrone and Donegal in the round robin they are just 60 minutes away from an All-Ireland final.

“It is good to be back in Croke Park,” said Leahy. “There has been a lot of tribulation over the last couple of years for Mayo.

“This is a journey for the girls. We did a video for them recently about their journey. Every team has a point where it becomes a new team. We became a new team last year after all that happened.

“We are an open book. Warts, cuts and all we just get on with it. It has been my most enjoyable year coaching any team.”

Mayo dominated the opening quarter of the game but only took a 1-7 to 0-7 lead into half-time. 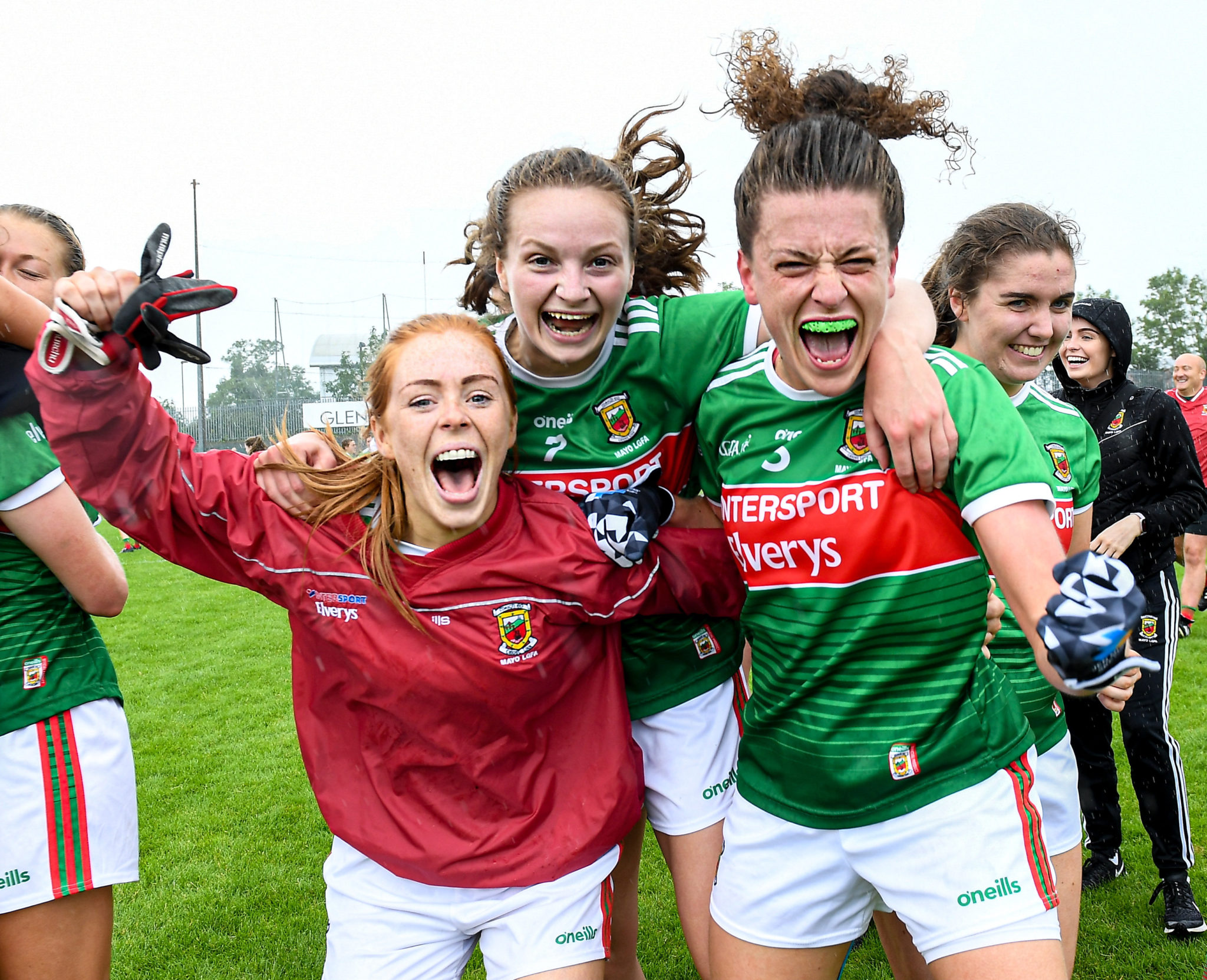 The Connacht finalists were 0-6 to 0-1 ahead after just nine minutes with Rowe, Grace Kelly, Sinéad Cafferky, Niamh Kelly, Rachel Kearns and Clodagh McManamon all on target.

But Armagh rallied before half-time backed by the brilliant Caroline O’Hanlon who was deployed on the edge of the square.

Crucially Reilly found the net when she was set up by Grace Kelly and Mayo were in front at half-time.

Armagh were fresh off a shock win over Cork and they took a 1-10 to 1-9 lead when Kelly Mallon found the net in the 41st minute.

Mayo were forced to react and Rowe burst through for a key goal just two minutes later.

Full-back Danielle Caldwell go forward to score and Mayo held off the Armagh challenge late on.

Armagh were looking to reach their first All-Ireland semi-final since 2015 and they came within inches of doing that.

“We are bitterly disappointed,” said Lorraine McCaffrey, who stepped down as Armagh joint-manager along with Fionnuala McAtamney after the defeat.

“We knew it was going to be a tight game. We expected that and we just fell on the wrong side of that. The goals that they got at key times cost us.”

Armagh confirm COVID-19 case ahead of Ulster semi with Monaghan