In a surprisingly one-sided clash in the Ulster Championship, here's how Kieran Donaghy saw things as Donegal dispatched with Armagh and move on to the provincial final.

After Stephen Cluxton, I don't think there's a better 'keeper to distribute the ball from kick-outs. What's more, he probably has a bit more length to his kicks than Dublin's #1. If Donegal are to be really successful this year than I am convinced that Patton will be central to it. The platform he provides Donegal with from kick-outs, it is so, so difficult to match-up against.

After something of a quieter day out against Tyrone, Ryan McHugh was back to his dynamic best for Donegal. I always suspected that the half-forward line would be crucial for Armagh today but, even with Stefan Campbell, Jarlath Óg Burns and Rory Grugan in there, they were kept on the back foot all day. To chip in with 0-2 as well, he was back to his usual best for Donegal today. A brilliant performance all round.

It was another great day for a player who is becoming increasingly important to this Donegal team. Just as Armagh looked like they might build up some momentum, Peadar Mogan's goal killed the game off once and for all. I've been really impressed with him since the games have returned. He was tremendous in the league against Tyrone and he has built on that again today. I'm really looking forward to see how far he can go as the year continues.

He might have only finished with 0-2 but, God almighty, he just never stops working for his team - an absolute workhorse! He never even stops looking for work. There's time when he could easily take a play off but no, he just goes hunting and hunting for work. There were a few unlucky moments here or there throughout, but when he's playing like he is now there isn't a team in Ireland who won't be a bit unsettled by him. He is a constant conundrum and it is nearly better he is getting with time.

He might not have seen out the game, but it didn't stop Hugh McFadden having a serious impact on today's game. Between himself and Caolan McGonagle they just completely dominated Armagh in the middle of the field. As an inspirational figure then, he is a key leader for this Donegal team. Constantly talking and directing things, I only hope he was taken off as a precaution for next weekend's Ulster final. He will be essential to any hope Donegal have of challenging the Dubs and winning an All-Ireland this year. 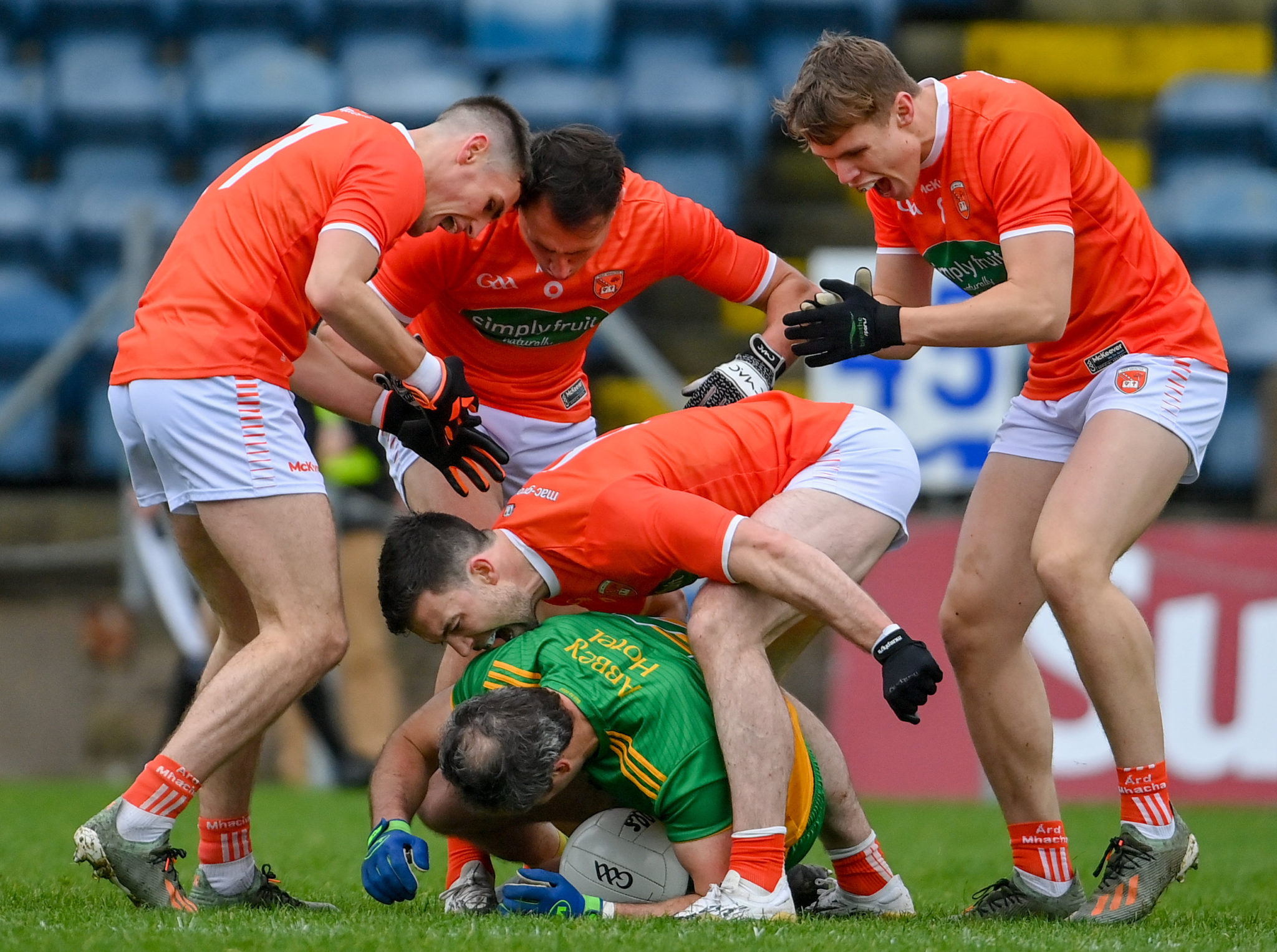 It is hard to separate Jamie Clarke and Rian O'Neill on today's performance. The pair of them offered something of a shining light on what was a difficult day for a good Armagh side. To be honest, the two of them had to feed off scraps all day and they were bit unlucky with chances here or there.

No matter how frustrating things got for Armagh this afternoon, Oisin O'Neill continued to work relentlessly. He chased every lost cause, made every tackle and tried his heart out right to the very end. That deserves some credit.

Last week, these two lads gave what we could easily call 9/10 performances against Derry. Today though, things were considerably more difficult for them. Between Michael Murphy, Ciaran Thompson or Michael Langan, they'd their hands full all day. After offering something going forward as well as going backward last weekend, they just couldn't replicate it today. A tough day at the office for the pair of them.

Keep up to date with everything that Kieran Donaghy has to say throughout the All-Ireland Senior Football Championship on OTB Sports.com.