Living with Donaghy | Memories of a mad trip Down Under

"I think Finian just got sick of me opening the curtains every morning without the jocks on," Kieran Donaghy reasoned, although Hanley had opted not to publicly recall that regular occurrence.

"Sure, it is important not to be shy around new fellas and let them get to know you the best way possible!"

Alongside Donaghy and Michael Meehan on the latest OTB Sports GAA Roadshow with SuperValu, Hanley did share some recollections of what it was like living with the Kerry star.

"He was a disaster," the former Galway defender said with a laugh. "I wouldn't wish it on anybody.

"He was like an excited child, Kieran reminded me of Dougal from Father Ted when they go onto the mainland and he is sticking his head out the window. That was Kieran in Australia.

"He'd be getting up in the morning playing Scatman John on his ghetto-blaster out in the hallway. A very excitable person when he's away on a trip, keeping irregular hours of the night and day." 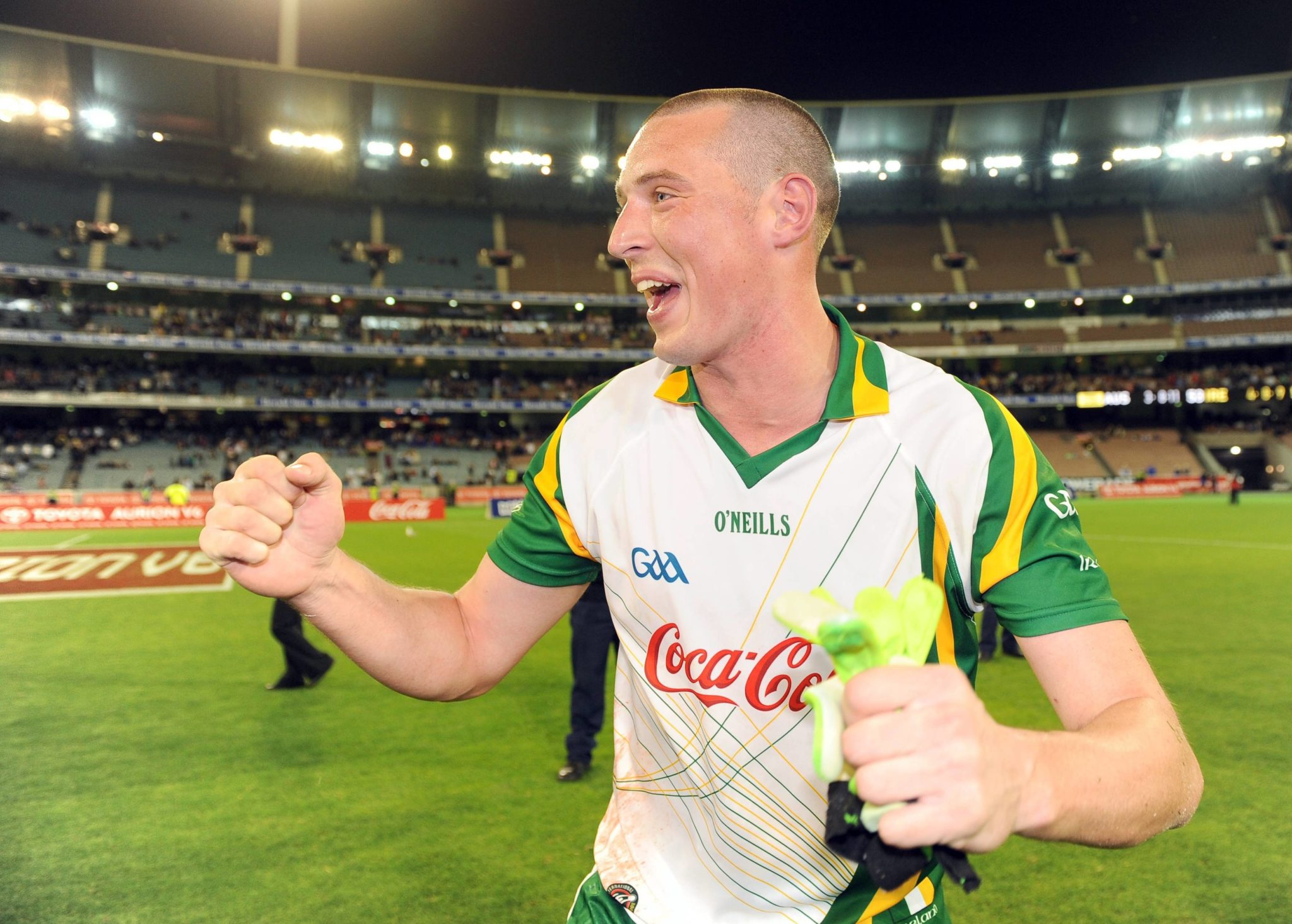 Three players selected by Sean Boylan for the 2008 International Rules series, a 2-0 sweep of Australia on their own patch was only the sporting highlight of a trip that brings back great memories for those involved.

GAA Footballer of the Year in 2006, both Hanley and Meehan recalled Donaghy having a very nice time of it indeed.

"Donaghy was always Sean Boylan's pet," Hanley said of the strong relationship the Kerry forward had struck up with the legendary Meath boss overseeing Ireland for the series.

"You had this holistic herbalist Boylan and Donaghy would try anything he was given just to stay on his good side.

"Over in Australia when we'd be heading off to a water park, there was Donaghy down talking herbs with Sean. He never trained a day!"

Without attempting to shy away from the tag, Donaghy himself recalled using Boylan's good graces to get out of a training session he could scarcely handle.

"Myself, Finian and Joe McMahon found a place for a drink in this ghost town we were staying in," Donaghy explained, Boylan's best laid plans for keep the team on the straight and narrow foiled somewhat.

"There was this building there with a high wall and these small rectangular windows. We saw these strobe lights going inside. 'Oh, Jesus, there's a bit of craic going on inside here.'

"We went down to the barman, started drinking and talking and the next thing there was vodka flying and it was an all-nighter back in the room.

"Anyway, we were up the next morning for a jog around the oval there in Apollo Bay. I came down absolutely dying and I sat in next to Sean. 'Jesus, Kieran, you look tired.'

"I told him, 'Sean, the jet lag - I thought that flight from Perth to Melbourne would take an hour and a half. It was six hours!' He told me then to go back into bed and get a few hours sleep.

"Sure, I said, 'No problem, Sean' and got back off the bus by myself and walking by I caught the eyes of Finian and Joe [McMahon] and gave them the wink." 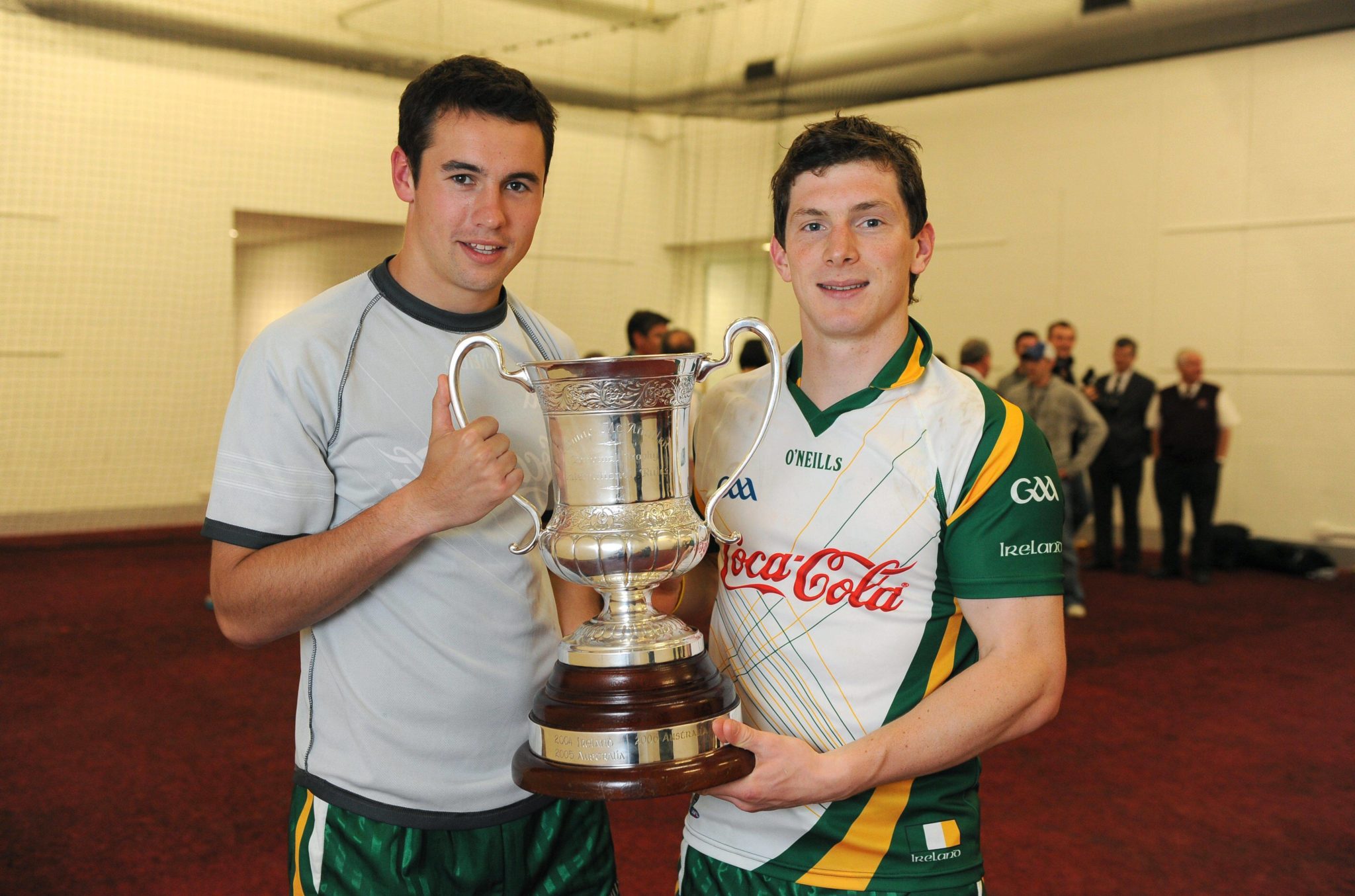 "It's funny when you look back on it," Michael Meehan explained, "because you're seeing these names of people like Kieran Donaghy, Joe McMahon and Sean Cavanagh - all the stars who have lit up Croke Park.

"In your mind you have a preconceived notion of what these guys are like, but then when you get on these trips it is fantastic because you just find our that they're the same nut-bags and loon-balls that you have in every team."

Beyond all the enjoyment, however, Hanley cannot shake off the hard work that some players had to put in to get there in the first place.

"You paint a picture Donaghy of when we're over there and the craic we had," he began, "but the actual training to get there was absolutely horrific. I honestly wouldn't put anyone through it.

"It was alright for the two boys there Mike and Kieran who were shoo-ins, but for the average Joes like us who had to go down to the last trial for a place on the plane, it was tough."

Finian Hanley and Michael Meehan joined OTB Sports for our latest SuperValu GAA Roadshow. Keep an eye on all our social channels for more from that show in the coming days

"He had my back" | Kennelly on Ciaran McDonald and International Rules