On hearing Jarlath Burns outline the issues he would like to address if elected President of the GAA on Friday evening, Meath footballer Shane McEntee explained why he is opposed to the enforced regulation of inter-county training times on Friday's OTB AM.

Ahead of Friday evening's election for the new President of the GAA, former Armagh captain and nominee Jarlath Burns spoke to Off The Ball about key issues he would hope to address if elected.

Principally, Burns would like to see the amount of time inter-county players currently give over to training reduced. An initiative that would require the buy-in of all associated parties and can be regarded as a necessary means of combating burnout, Burns particularly highlighted the role required of the GPA in an attempt to keep all counties honest.

For Meath footballer McEntee, far from serving the best interests of inter-county players, he believes the GAA would face even stiffer competition for players' loyalties if the current structures and professional leanings were no longer in place.

"Over the last while, there's been a common narrative about the negative connotations about how county teams train," he pointed out on Friday's OTB AM, "and I hear a lot of non-players talking about it in a way that we're nearly sort of prisoners to these advancements in training techniques.

"[It's talked about] as if it is some sort of evil upon the game, and I'm not trying to speak for every player here, but I know personally and for a lot of other lads that they really enjoy this side of things.

"I don't see the need or the appeal for such drastic action to be considered."

I'm really not convinced about this common narrative around reduced training time. Many inter-county players love the organised, detailed set-ups that allow them to develop at elite levels. Restricting this may lead to players looking elsewhere for elite level training/lifestyle. https://t.co/8HdrJUhV0d

The essence of Jarlath Burns' argument for regulation hinges on the question of player welfare.

As the likes of former Donegal footballer Luke Keaney and former Tyrone footballer Philip Jordan have explained to OTB AM, the demands of playing inter-county football inevitably heightened their susceptibility to injury.

Jordan, who is suffering in his life after football, remained adamant that he would not change a thing after enjoying such great success with his county. For Keaney, his career was called to a halt in his early 20s and he is a greater advocate for change.

"I have to admit that I'm coming from a position where I'm not married with kids," remarked McEntee of the time he is in a position to devote to football. "I've quite of a supportive structure around me that make it conducive to playing inter-county football.

"In terms of training time though and injury loads, look at a lot of other serious amateur competitors in the country. Take a good competitive club runner - and I was talking to a friend of mine about this - and they're probably training 11 or 12 hours on his feet per week.

"That's before you consider physio, gym work, strength & conditioning, rehab and whatever else. A good club cyclist will put in 15 or 16 hours on the bike in a week. So, while we do train hard and make commitments with inter-county football, I don't think we're on our own in that case."

As was demonstrated in a list compiled by Off The Ball earlier this year of players who had voluntarily stepped away from inter-county football in 2020, however, there is a significant portion of the playing personnel for whom the demands proved too great, and the rewards too limited.

"For most of us in the smaller counties," admitted former Wicklow footballer Conor McGraynor to Off the Ball, "every year is a fresh cycle [with a new manager or players coming in] and it is almost like you’re in on trial again every two or three years."

In such circumstances, there is little or no time where one can take it easy over the winter safe in the knowledge that their place in a manager's plans will be secure come the spring.

"That is just the nature of sport though," argued McEntee for the notion that there is going to be an imbalance irrespective of what occurs. "You're going to have highly motivated people who unfortunately can't get to the higher level." 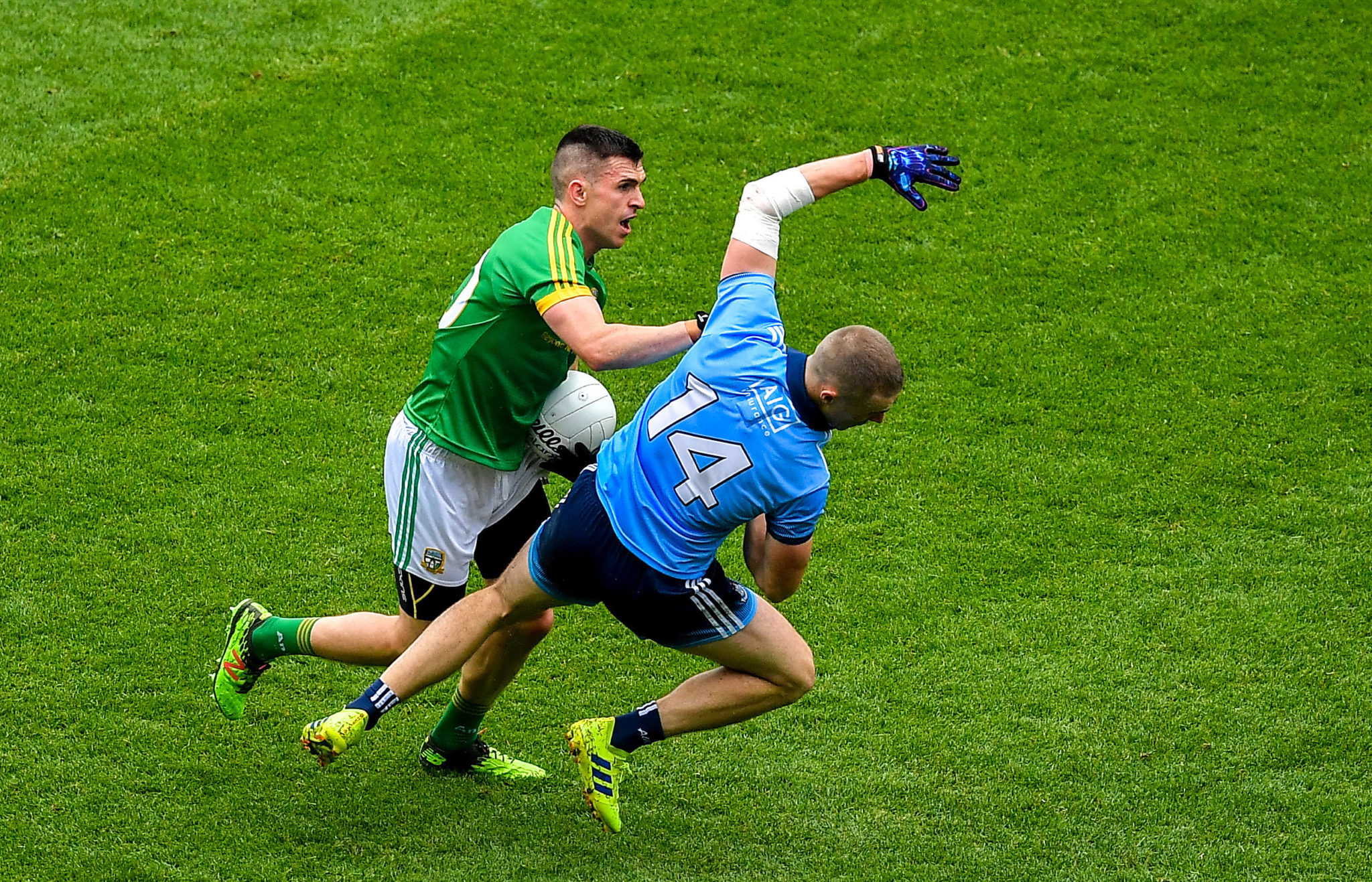 At odds over the means by which it can be achieved, McEntee nevertheless wants the same thing that Jarlath Burns is seeking to implement: a way to ensure that Gaelic football remains an attractive sport to play for all.

The Meath man believes, however, that Burns' regulation could force the most ambitious of those away from the sport.

"I can't think of any other sport where this would happen," he remarked of the proposed limitation, "lads are voluntarily doing it.

"How can you take away time from lads who enjoy the current level of elite training, guys who are highly driven and motivated? You're going to try to tell them that they're to stay at home and not going to be training for a couple of months in the year?"

"You could end up with having a fella who is on the cusp of a League of Ireland team or an AIL rugby team where they will get that set-up and if the GAA are taking that chunk of the year away from them, we might start losing some of our best athletes."

Opposed to the concept of professionalism in terms of players receiving any financial return on their inter-county commitment, while McEntee does not principally share Jarlath Burns' plans if elected, he believes that a certain degree of change is necessary to augment or lessen the load on players in less fortunate situations than himself.

You can watch Shane McEntee's interview back in full here.