James McCarthy was 'emblematic' that Dublin's era of dominance was coming to an end as the eight-...

James McCarthy was 'emblematic' that Dublin's era of dominance was coming to an end as the eight-time All-Ireland winner 'visibly got old' in Mayo defeat, says former Kerry captain Dara Ó Cinnéide.

Dublin's search for seven-in-a-row came to an end at the weekend, as they suffered a semi-final defeat to Mayo with the scoreline finishing Mayo 0-17 - 0-14 Dublin, after extra-time.

McCarthy was sent to the sin bin in the dying stages of the match for a challenge inside the Mayo 16-yard line, but the game was already past the Dubs at that point.

Ó Cinnéide says that he was 'emblematic' of why Dublin suffered a Championship defeat for the first time since 2014, when they were beaten by Donegal.

"It [the game] gets ragged, it gets messy. You'd like to think the discipline doesn't go but it happens.", Ó'Cinnéide told Off The Ball.

"James McCarthy was emblematic of that. He's one of the finest players to ever play the game. He visibly got old in front of you in the second half."

"Their time was up, simple as" 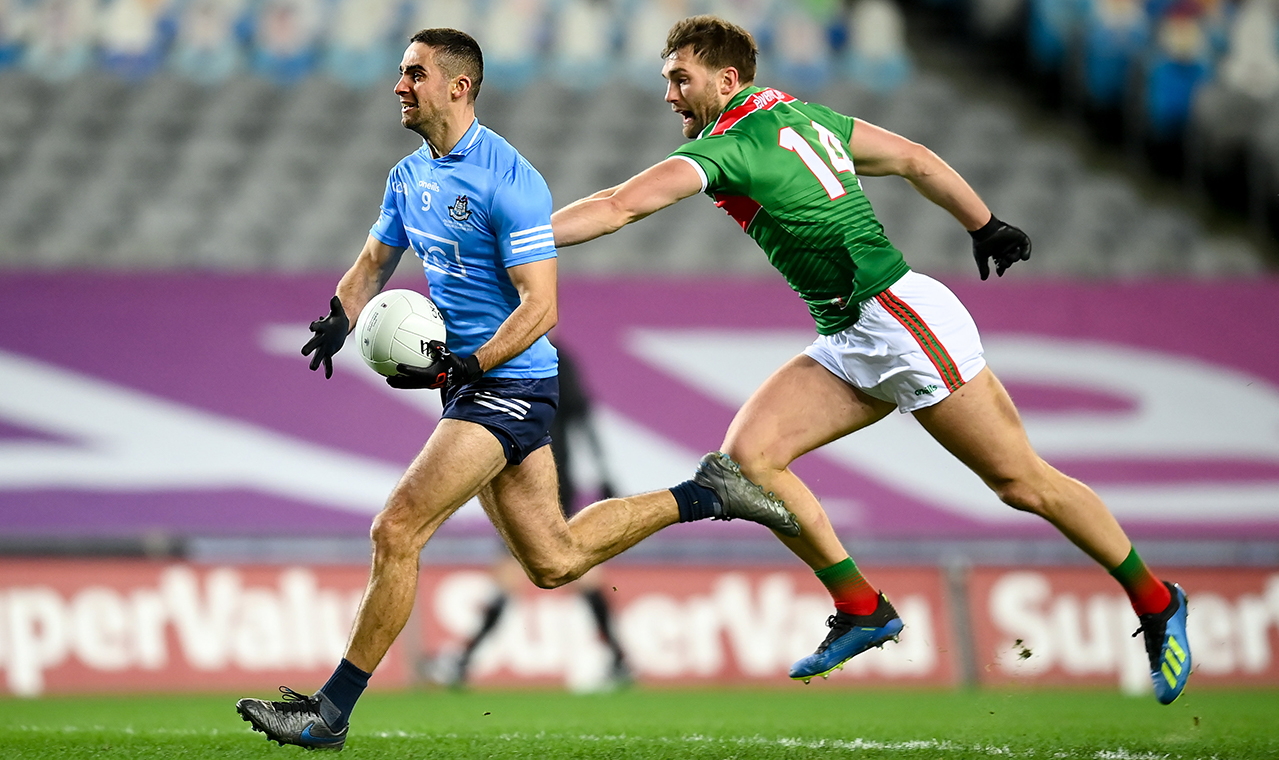 James McCarthy of Dublin in action against Aidan O'Shea of Mayo during the GAA Football All-Ireland Senior Championship Final match between Dublin and Mayo at Croke Park in Dublin. Photo by Stephen McCarthy/Sportsfile

After a poor start to the game, it looked unlikely that Mayo would muster a performance to even challenge the reigning champions, let alone beat them. And when the sides went in at half-time, Dublin led the game by six points.

Despite completely dominating the second half, amazingly Mayo still trailed when referee Conor Lane added the seven minutes of injury time, largely due to the injury to Eoghan McLoughlin after a heavy clash with John Small.

Mayo goalkeeper Rob Hennelly slotted over the deciding point to send the game to extra-time, and it's here that Ó Cinnéide feels Dublin struggled against a 'ravenous' Mayo side.

"The reality is when you hit the wall, as Dublin obviously did, they met a team that was full of energy. There's been a lot of talk about Diarmuid O'Connor's intervention to keep the ball in play, that's the other side of it."

"That was a sign of it on the other side. When you're absolutely ravenous. Had it been Mayo going for seven-in-a-row, I'm sure that wouldn't have happened either."

Mayo will now face either Kerry or Tyrone in the All-Ireland football final on September 11th.