Mayo’s James Horan deserves the admiration that many have given Jim Gavin over the years, accor...

Mayo’s James Horan deserves the admiration that many have given Jim Gavin over the years, according to former Dublin footballer Paddy Andrews.

The losing finalists in last year’s All-Ireland made it through to the All-Ireland semi-finals on Sunday, after beating Galway 2-14 to 2-7 in the Connacht Senior Football Championship.

This means that the Westerners have made it to 10 of the past 11 All-Ireland semi-finals, while many of their players have come and gone.

Seven time All-Ireland winner Andrews, of The Football Pod, believes that Mayo manager Jim Horan deserves plaudits akin to those given to his former manager for the longevity of the county.

Speaking on Monday’s OTB AM, Andrews explained why he feels that Horan deserves much more credit.

“You have to give credit to James Horan,” Andrews said. “Mayo were in the All-Ireland final last year and you could say that they were a team in transition.

“They are still at the top table for over a decade. Jim Gavin gets praised to the hilt for the success he has had with Dublin and the consistency while changing the team every year.

“That is the hardest thing for a coach to do is that when your great players are coming to the end, you can take them out, put in young guys, and keep the show on the road.

“James Horan is doing a phenomenal job in that regard. Mayo got to the All-Ireland final last year when nobody expected them to.

“They have had a huge turnover in personnel, seven or eight guys including key leaders, are gone, but they are still at the top table.” 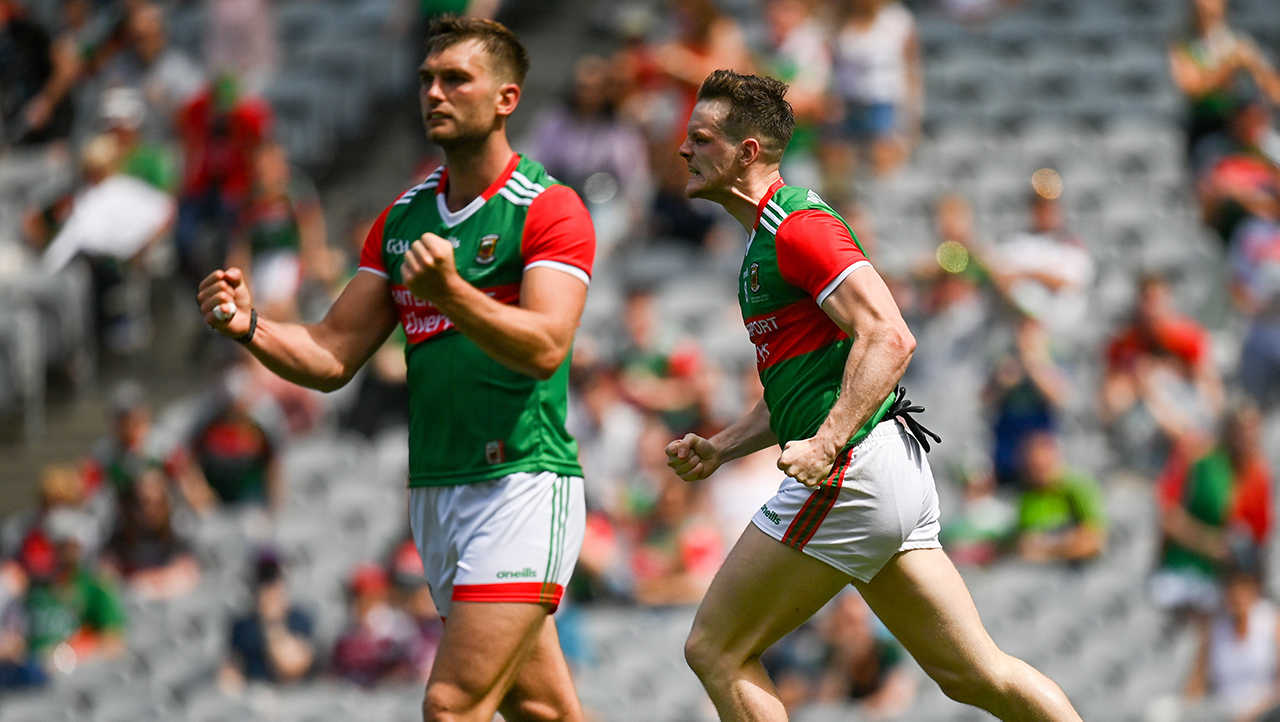 Matthew Ruane, right, and Aidan O'Shea of Mayo celebrate the awarding of a penalty during the Connacht GAA Senior Football Championship Final match between Galway and Mayo at Croke Park in Dublin. Photo by Harry Murphy/Sportsfile

Mayo have been in good form this season, despite a shaky first half against Galway, and Andrews is hoping for a repeat of last year’s All-Ireland final in the coming weeks.

“They steam-rolled Division 2,” Andrews said. “Croke Park suits them, it suits their style of play.

“I’d love to see Dublin play Mayo because the battle between Matty Ruane and Brian Fenton would be spectacular to watch.

“They have all these young players coming through and they are keeping the show on the road for Mayo.

“They are keeping them at the top table even though you could say that they are in transition, and that is the brilliant, brilliant job that James Horan has done there.”

Regardless of who Mayo face in their semi-final, Andrews believes that Horan will have his side in the best form possible.

“For young players to come in and get a big win at Croke Park, Mayo don’t have a lot of success at Croke Park in big matches,” Andrews said.

“That was a big second half for them there, and they will take huge confidence from it. Whether it is Dublin or whether it is Kildare, James Horan will have those guys read.

“It has been huge progress despite the turnover of players.”