After Dublin became the first side to secure the five-in-a-row Jim Gavin spoke about how honoured he was to manage them.

Speaking at the homecoming event in Merrion Square yesterday, Gavin touched on his time with Dublin GAA and thanked everyone involved with the side.

“I suppose it all started for us and for Declan [Darcy] and a lot of the management team, 12 years ago. We took over the under 21 job and it was just a privilege to start our journey.

“We’ve got fantastic players that have been developed by a great network of clubs in Dublin GAA. So we’re just in a really privileged position to be afforded an opportunity to train these players and try to help them be the best that they can be.

“And really that’s all our mandate was from the very beginning, 12 years ago it was when we were given the opportunity,” Gavin said.

It wasn’t easy for Dublin in the end, as a young Kerry side held them to a draw in the first final before the Dubs put them away in the replay. 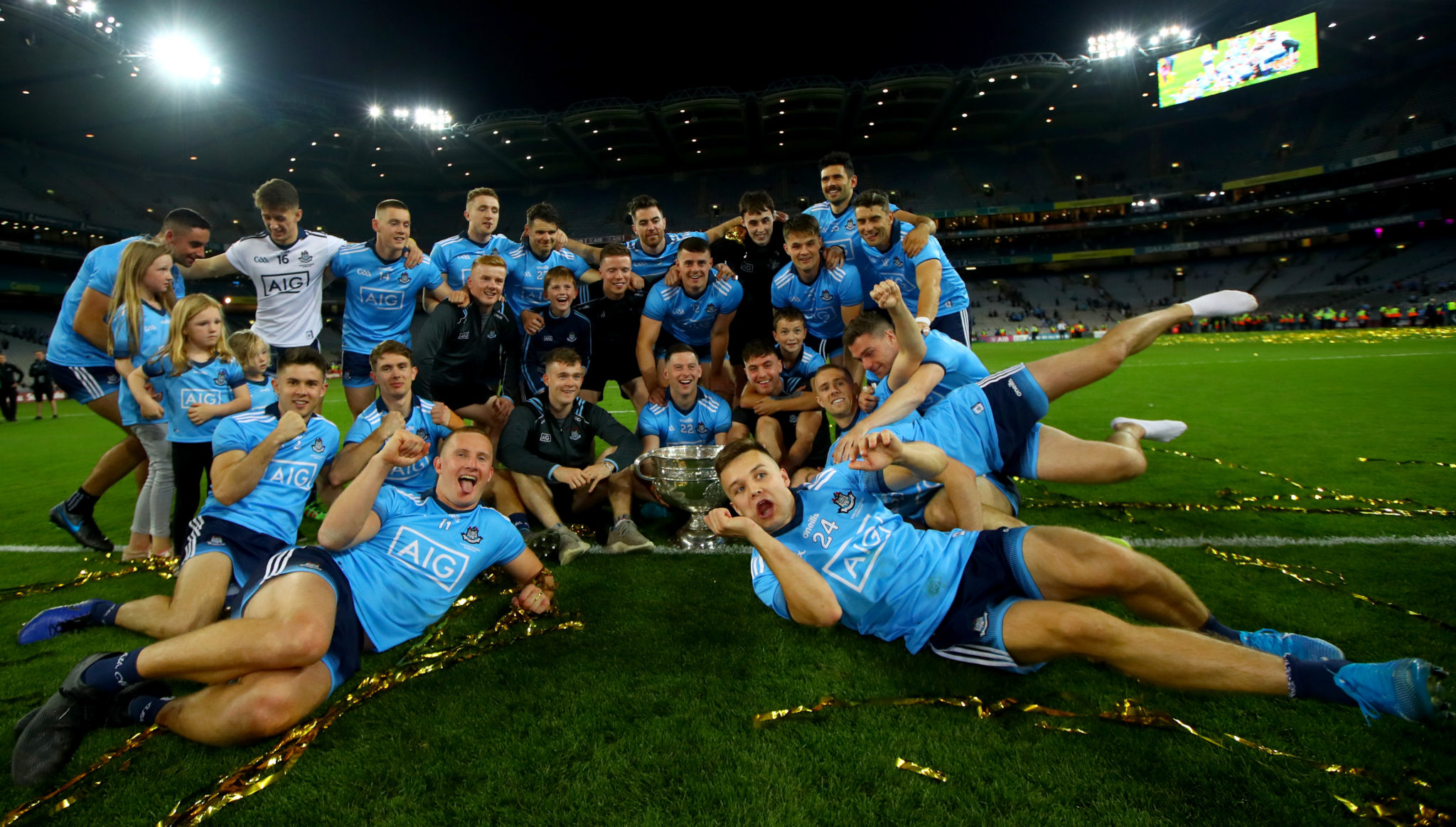 The Dublin team celebrate with the Sam Maguire cup

Gavin praised both the footballing ability of his players as well as their mental strength in overcoming Kerry at the second time of asking.

“Their attitude for us is what makes them unique players. We would have seen that in both games, particularly the last fifteen minutes of the replay game where I think their true character came out.

“That resilience and that ability to be the best version of themselves. It was really a collective. Not only the players who started on the field but the players who came out and finished that game,” Gavin commented.

The Dublin manager was particularly proud of his players as they stuck together, even though some inevitably missed out on playing in the final.

“Then there were other players who didn’t even travel that day and for Jason [Sherlock] and Declan [Darcy], to see those players come into the dressing room after that day and for there to be that sense of unity.

“We had 37 guys in the dressing room all looking forward to the next opportunity. Yes to play a final but also to represent Dublin. As I said it’s really an honour for me and Declan and Jay to be involved with them,” Gavin said.

Gavin has not yet made a decision on his future with Dublin and fans and players alike will be eager to find out if he will stay in the role.