Co-founder of the Gaelic Players Association (GPA) Donal O'Neill has spoken of the lengths the GAA went to in trying to halt the development of the nascent organisation.

Departing his role as commercial director of the GPA in 2007, O'Neill recalled a meeting with the GAA where he and the coterie of individuals taking charge of the organisation were propositioned by the hierarchy in Croke Park.

"At one point the GAA tried to buy me over," O'Neill stated on Friday's OTB AM.

"We sat at a meeting in Croke Park and Seán Kelly (President of the GAA) was there, and they basically suggested flat out, 'Why don't you come and work for us Donal?'

"I thought it was the most ridiculous suggestion ever."

Misunderstanding the passion that underpinned O'Neill's involvement with the GPA on what was then a purely voluntary basis, whereas the Down native believed such an offer demonstrated a semblance of fear on the GAA's behalf, some members were not as steadfast in their refusal according to O'Neill.

"This was about Year 4 of the GPA so I'd been working on a voluntary basis," stated O'Neill, "but Dessie [Farrell] and one or two others thought it was a good idea [to accept the offer]."

"I said, 'Lads, you're mad! This tells me we have them on the run. I don't care what's on the table, I'm not taking it. That is the meeting we've been working towards.'

"I remember the expression on some of the officials' faces. They didn't quite know what to do when they realised I didn't want a ton of money and it almost disarmed them.

"It was probably the most enjoyable interaction I had with them. It told me that strategically we were exactly where I had been trying to get us to." 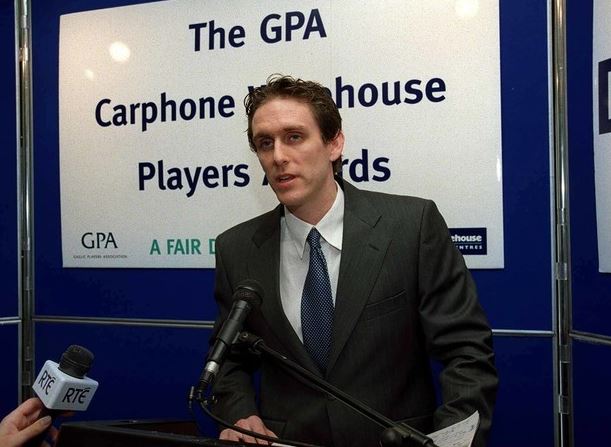 Reflecting on the early work of the GPA, Donal O'Neill fondly recalls the fundamental principles they were fighting toward.

"Myself, Dessie and the lads, we had a great time going to war and fighting for very, very genuine benefits and rights," O'Neill admits.

"My strategy couldn't have been any simpler. We were going to gather as much money as possible and set the pot on the table, because that's fundamentally how you get the GAA to negotiate.

"As an organisation they've always been very, very focused on money and they're very, very good at pretending that's not the case.

"So, we set out to disrupt the All-Stars, penetrate the commercial program and inflict some damage on that while generating funds for ourselves at the same time."

Contrary to these initial workings, O'Neill perceives the organisation in it's current state to be a wholly more professional outfit; a scenario he sees replicated across the GAA, and a possible inhibitor to further change.

"I always want more for players, and I hope they get a good deal," O'Neill states.

"[But], it's almost like Formula 1; you've got two or three teams that count, and the rest are making up the numbers.

"Those top teams hold all the power, they are the leaders of change and that's where I would be tracking to see what happens next."