With the 2019 Senior Football Championship put to bed, Anthony Moyles and Eoin Sheahan went about naming their Gaelic football Team of the Decade on Tuesday's OTB AM.

Across a spell where one county has claimed seven of the 10 All-Ireland titles on offer, neither the former Meath footballer Moyles nor OTB's resident Kerryman Eoin could escape Dublin's dominance when it came to assembling their respective XVs.

Settling on a few common personnel (if not quite where they should play) between them, there were one or two outliers nevertheless.

Anthony Moyles' Team of the Decade: 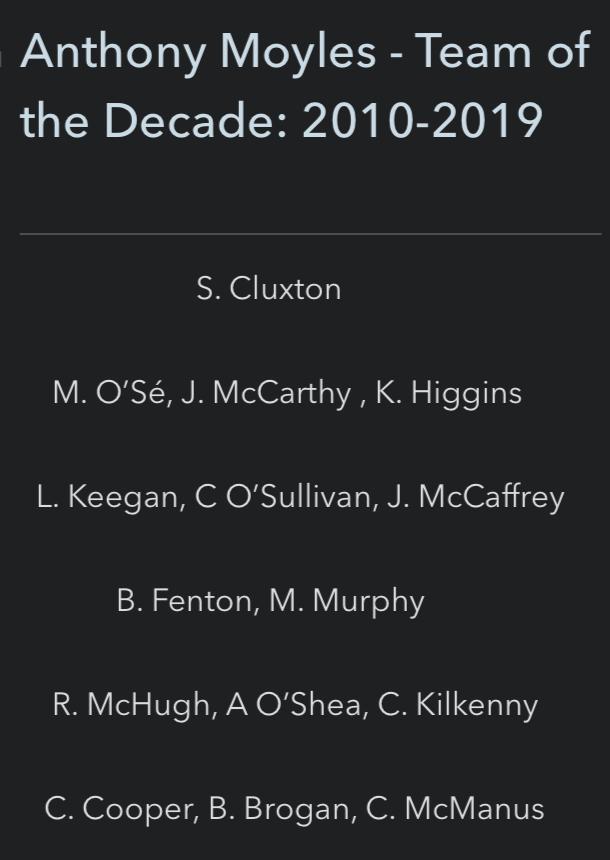 Eoin Sheahan's Team of the Decade: 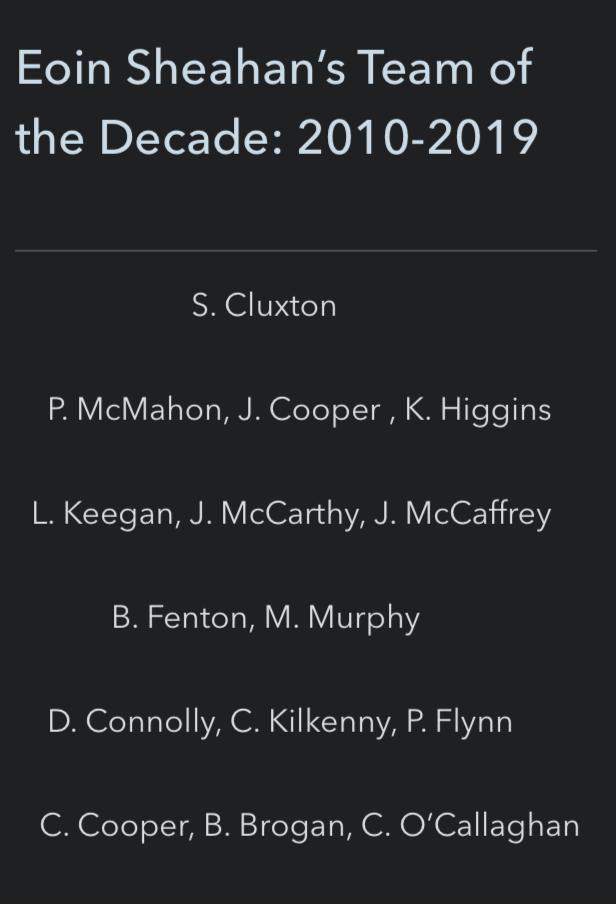 Allowing for plenty of giving and taking, these fairly fluid lists did split on the question of which player one should rather have in their half-forward line: Dublin's Diarmuid Connolly or Mayo's Aidan O'Shea.

"You would be picking Aidan O'Shea over Diarmuid Connolly," Eoin put to Anthony Moyles.

"He has three All-Stars," argued Moyles in O'Shea's favour, "Connolly has two.

"Who has been the more important player for his team? If I was picking an XV tomorrow, yes, Connolly has a lot of attributes but is he a starting man with all that different stuff brought in?

"I think O'Shea has been an ever-presence and has been at the forefront of Gaelic football for the last 10-years. We are trying to do a Team of the Decade here."

With the likes of Stephen Cluxton, Keith Higgins, Lee Keegan, Brian Fenton and Michael Murphy making it into the starting XVs of both, Eoin and Anthony nevertheless had some trouble trying to create a combined Team of the Decade on Tuesday's OTB AM. 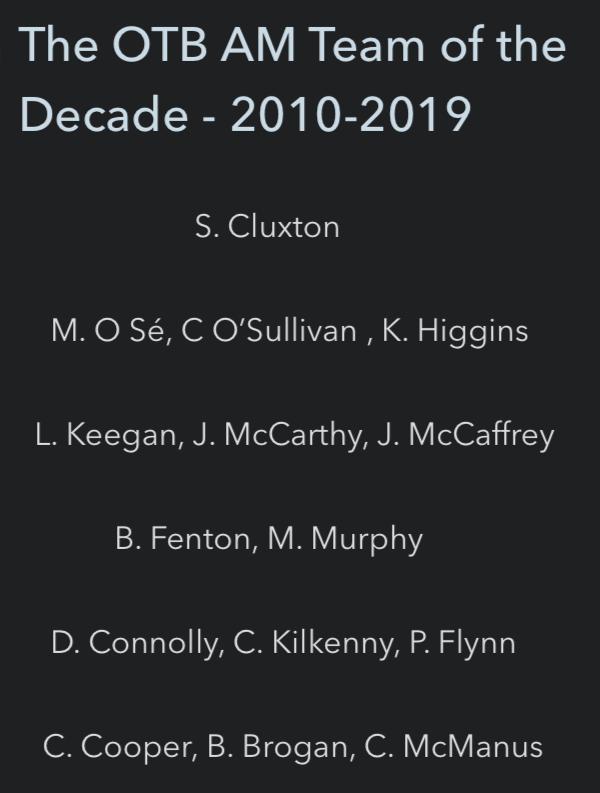 Giving both cause for greater debate, Eoin passed on to Anthony the task of selecting a Player of the Decade to make things more complicated still.

To watch back the full debate and figure out who Anthony Moyles vouched for as his outstanding individual talent of the 2010s, watch back the video from this morning's show here.