Following Mayo regaining the Nestor Cup for the first time since 2015 and with three more provincial finals down for decision this coming weekend, Eoin Sheahan has been revising his GAA Power Rankings on OTB AM.

With only seven teams left standing in the All-Ireland Senior Football Championship, there's understandably no movement among the bottom 16 counties, who are already looking ahead to 2021. 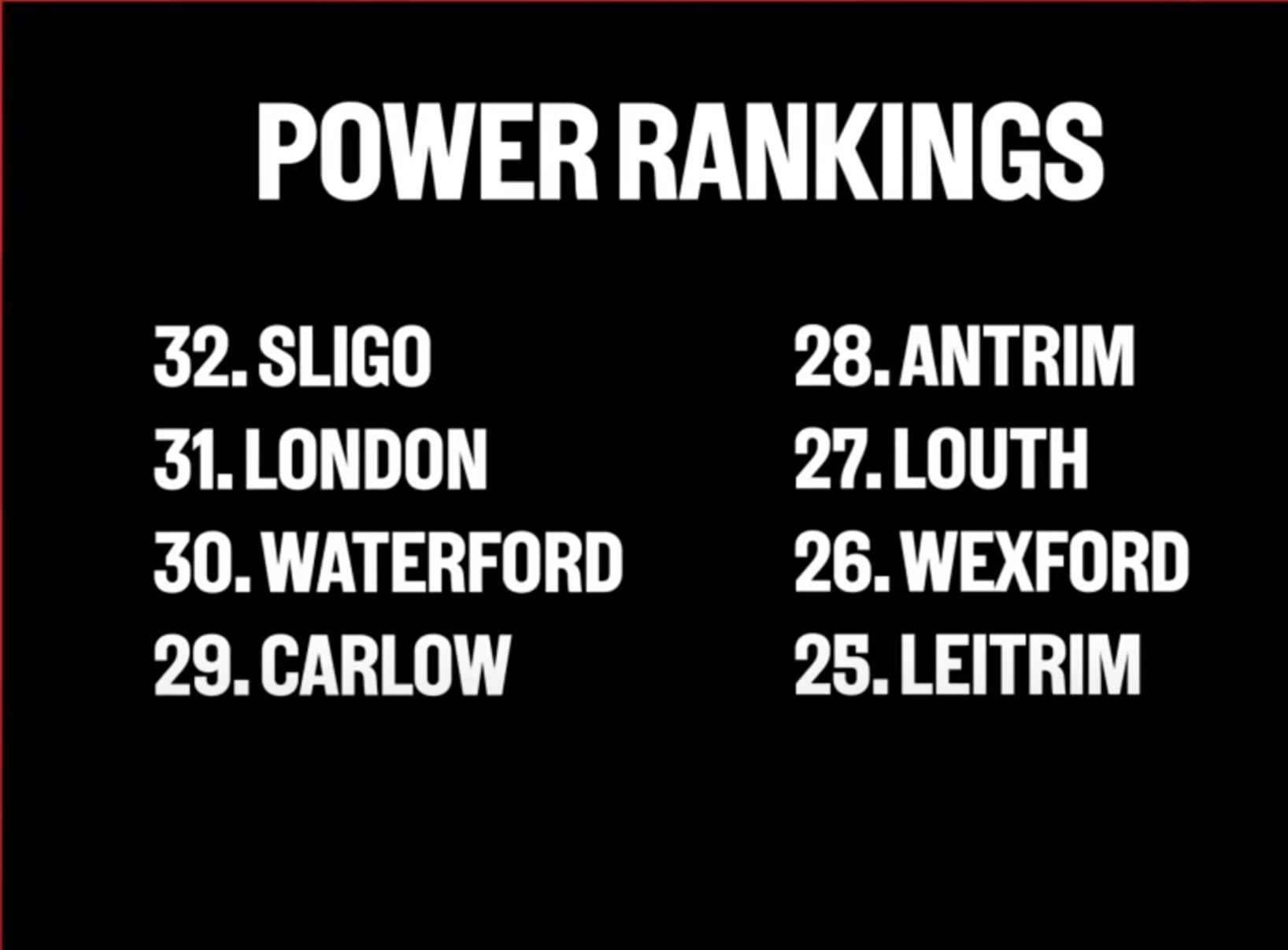 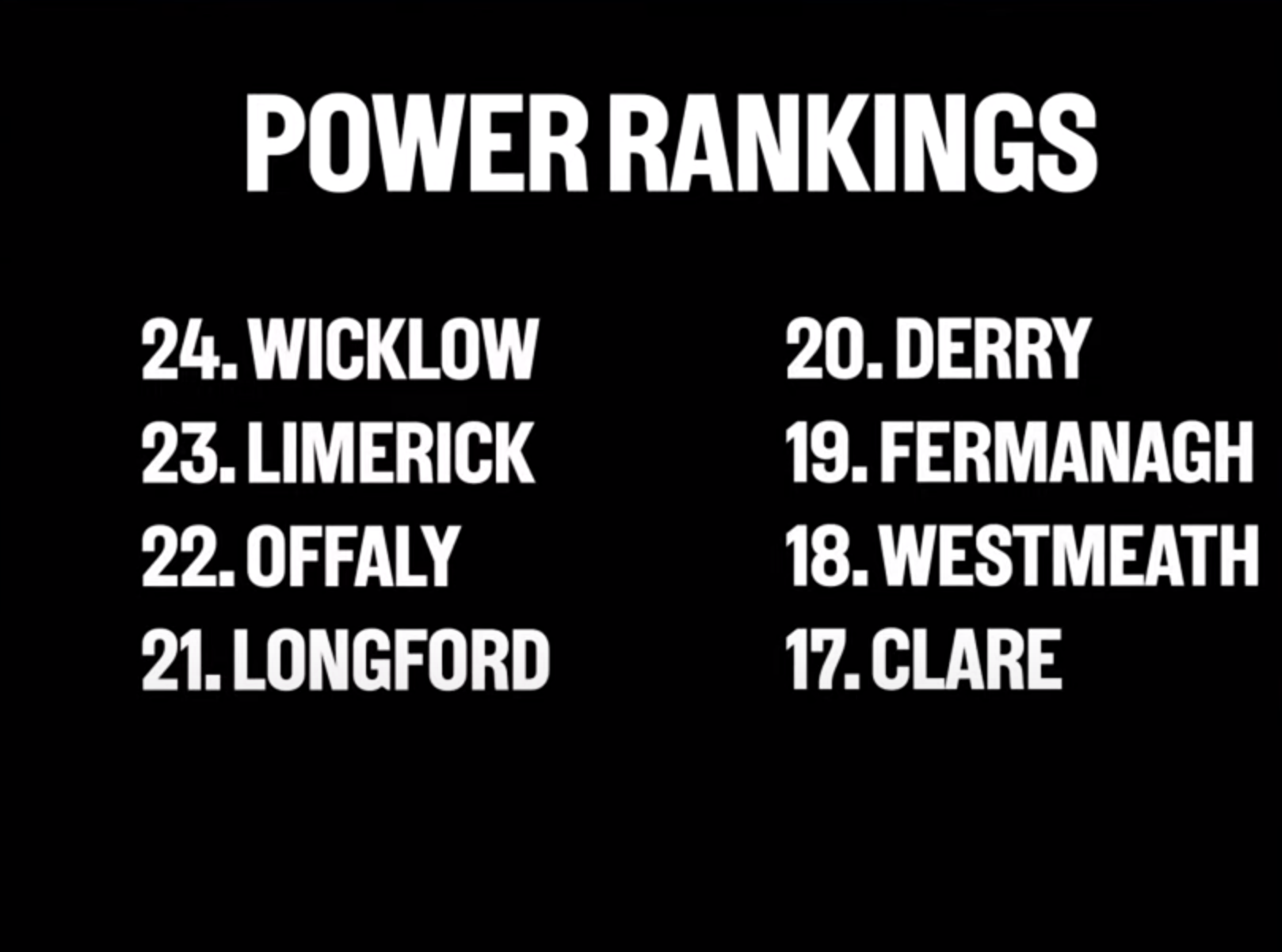 There's plenty of movement among the top 16 this week. Laois' 22-point loss to reigning All-Ireland champions Dublin in the Leinster semi-finals has seen Mike Quirke's side tumble down to 16th position, though Kildare's 14th place standing is unaffected by their loss to Meath in the other Leinster semi.

Despite allowing a 10-point lead slip in their defeat to Cavan in the last four in Ulster, Down move up one place to 15th on the revised list. Cavan, who are through to their second successive Ulster decider, now sit on the fringes of the top eight of Eoin's rankings. Armagh are on the tumble following their loss to Donegal while Roscommon fall back to accommodate Cavan's move up to 9th on the ladder. 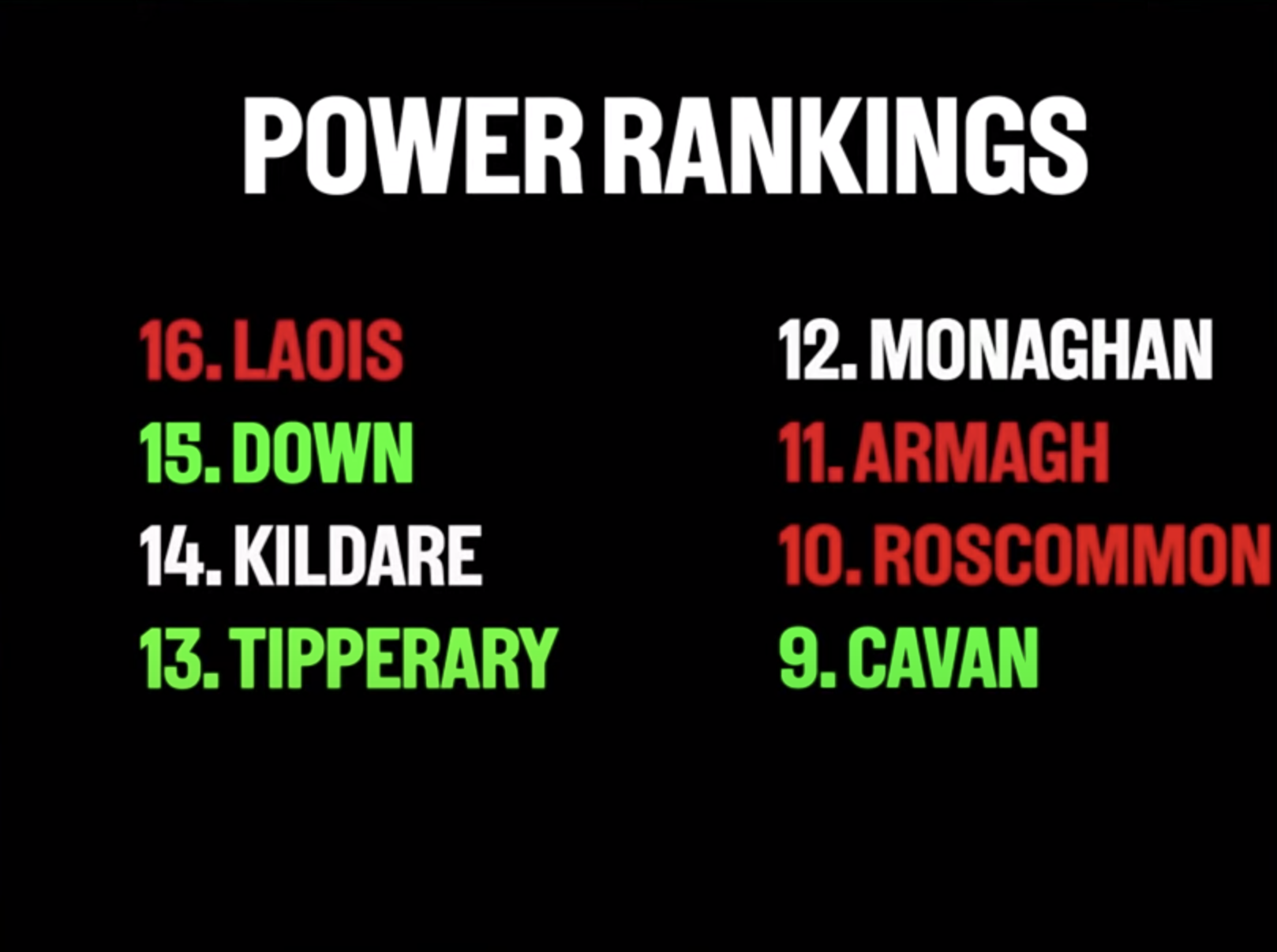 Meath's five-goal second-half haul against Kildare has seen the Royals rise into the prestigious top-eight in advance of facing the number one ranked Dublin in Saturday evening's Leinster Football final. Meath put five goals past the Dubs in beating them in 2010 and may need to do the same again if they're to overcome Dessie Farrell's side.

Galway had to watch their rivals lift the Nestor Cup in Salthill on Sunday but their one-point loss to Mayo has actually enhanced the Tribesmen's standing as they climb to seventh. A now Mickey Harte-less Tyrone and a Kerry side enjoying an extended winter break complete the top five with the Kingdom's conquerors Cork unchanged at fourth.

Mayo are the first side into the All-Ireland semi-finals but that wasn't enough for them avoid making a slide down the rankings this week. Having been impressed by Donegal's ruthless Ulster semi-final victory over Armagh, Eoin has placed Declan Bonner's team ahead of the Westerners in second.

And top of the tree, 6-in-a-row chasing Dublin who are buzzin' for that half-dozen. 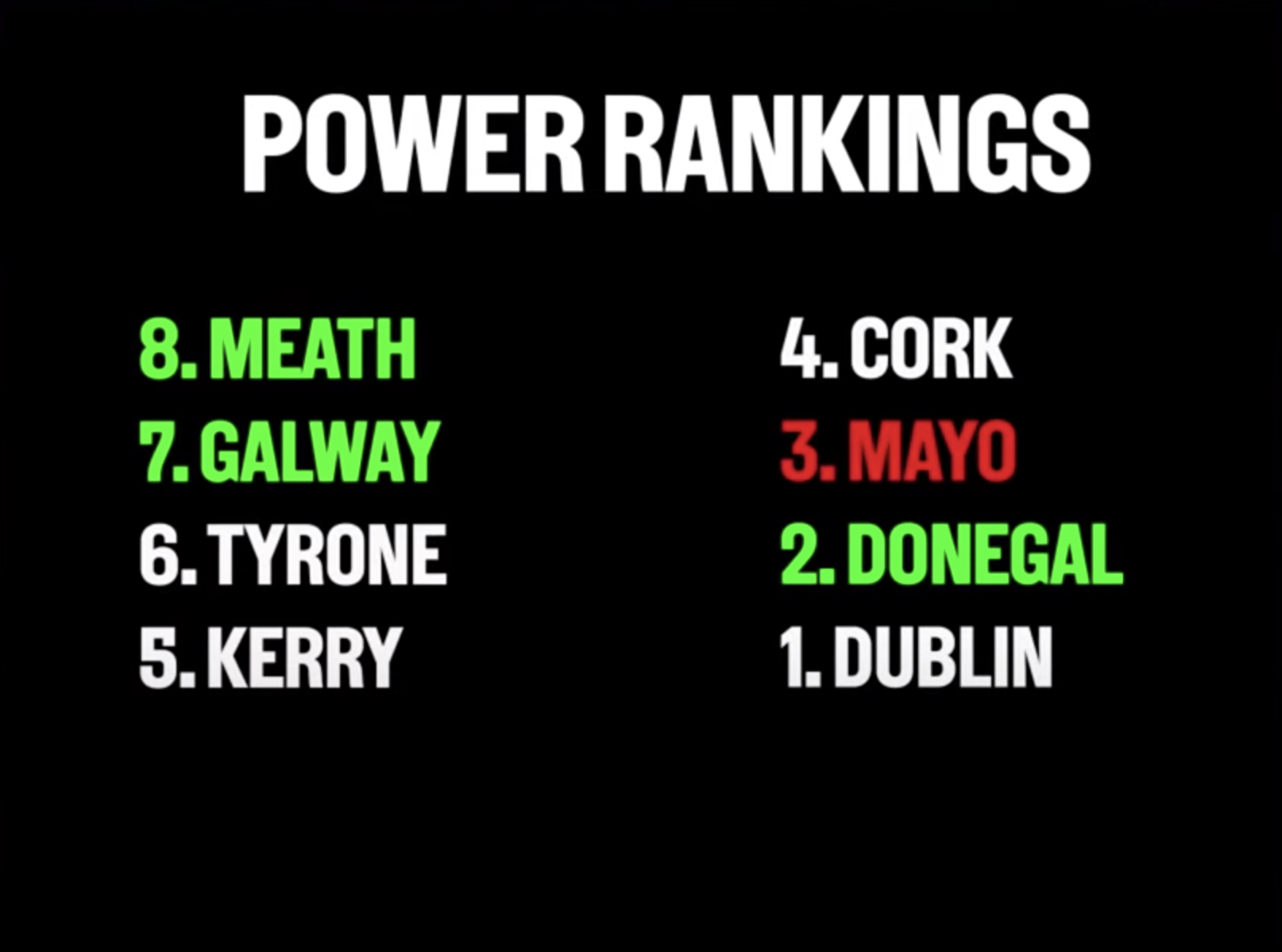 Tune into Eoin Sheahan's Power Rankings every week on OTB AM during the All-Ireland senior football championship.