The GAA have responded to calls from top referee David Gough to fly the Pride flag over Croke Park.

As reported by the Irish Examiner last week, the openly gay referee said on the Talking Sport podcast that the GAA would be “kicking itself” for not flying the flag over its iconic stadium sooner.

The GAA National Diversity and Inclusion Officer, Geraldine McTavish spoke to Off The Ball, and said that the flying of the Pride flag is a matter of protocol and needs to be reviewed.

“The stadium practices of flying the flag is connected to the playing of the games and the competing teams and then the host teams,” McTavish said.

“Those kinds of protocols have always been in place.

“I think there could be a case where you can have an internal request from one of the working committees that we have or the departments where they can be reviewed to look at the protocols.”

The GAA are currently exploring options to help promote the visibility and support of the LGBT community, according to McTavish. 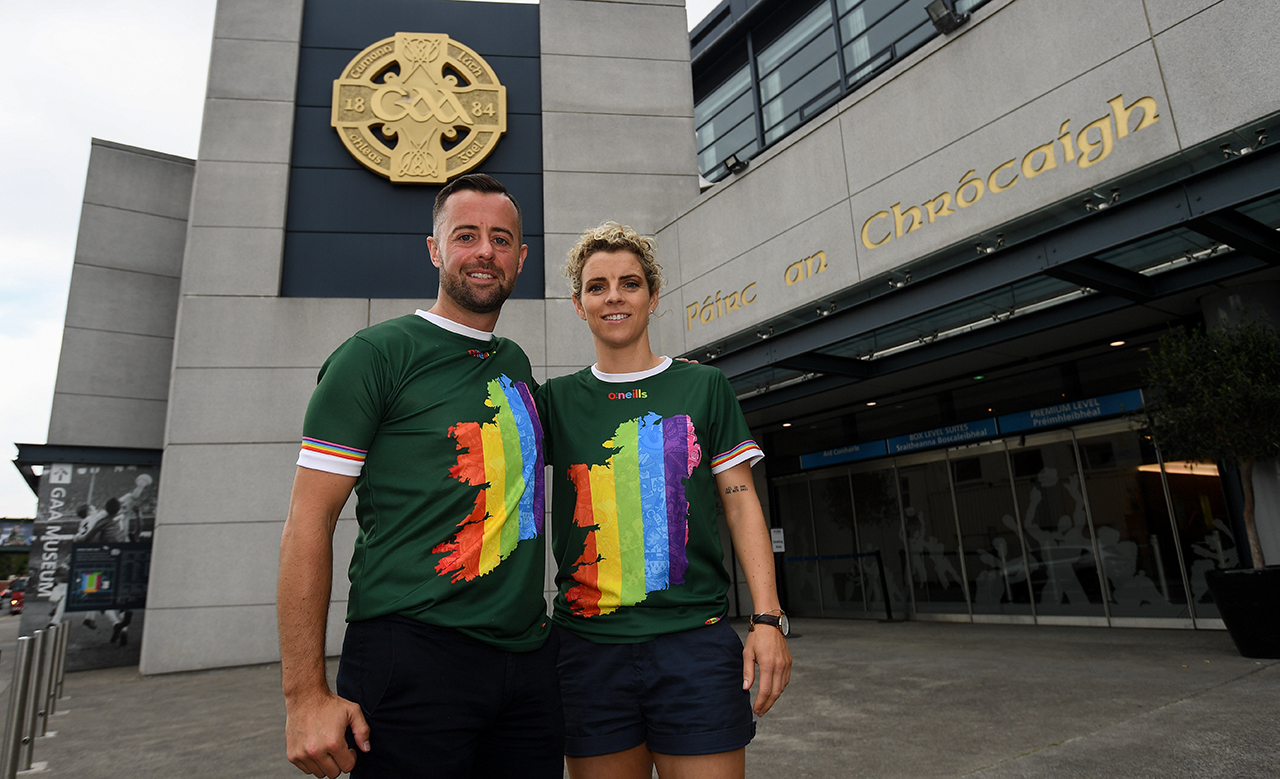 “I have had this conversation with David [Gough] about the flag and having [it] being flown,” she said.

“We spoke about having something meaningful in the [GAA] headquarters that members of the LGBT community would be happy with.

“So we had suggestions around visuals that people could see, such as the large screen lit up with the rainbow flag, or flags around the stadium.

“Then also about the flag being carried at games and on sponsor boards around the pitches and we had also suggested the rainbow laces, [or in] the colours on boots and jerseys.”

The GAA have been slow in outwardly supporting Pride, with 2019 being the first event in which they took part.

In 2020, although Pride moved online due to the Covid-19 pandemic, the GAA were able to still show their support for the annual event.

“So what we did for Pride is we ran video clips of the chairperson of the Gender Diversity Group, [as well as] Gordon [Grehan] from TENI (Transgender Equality Network Ireland),” Mc Tavish said.

“We also had videos that were going to be displayed in the virtual Pride talking about our support and how we’re moving… to be a more inclusive environment.

“David [Gough] also spoke about requesting the clubs to come out and raise the flag in their clubs in support of Pride.” 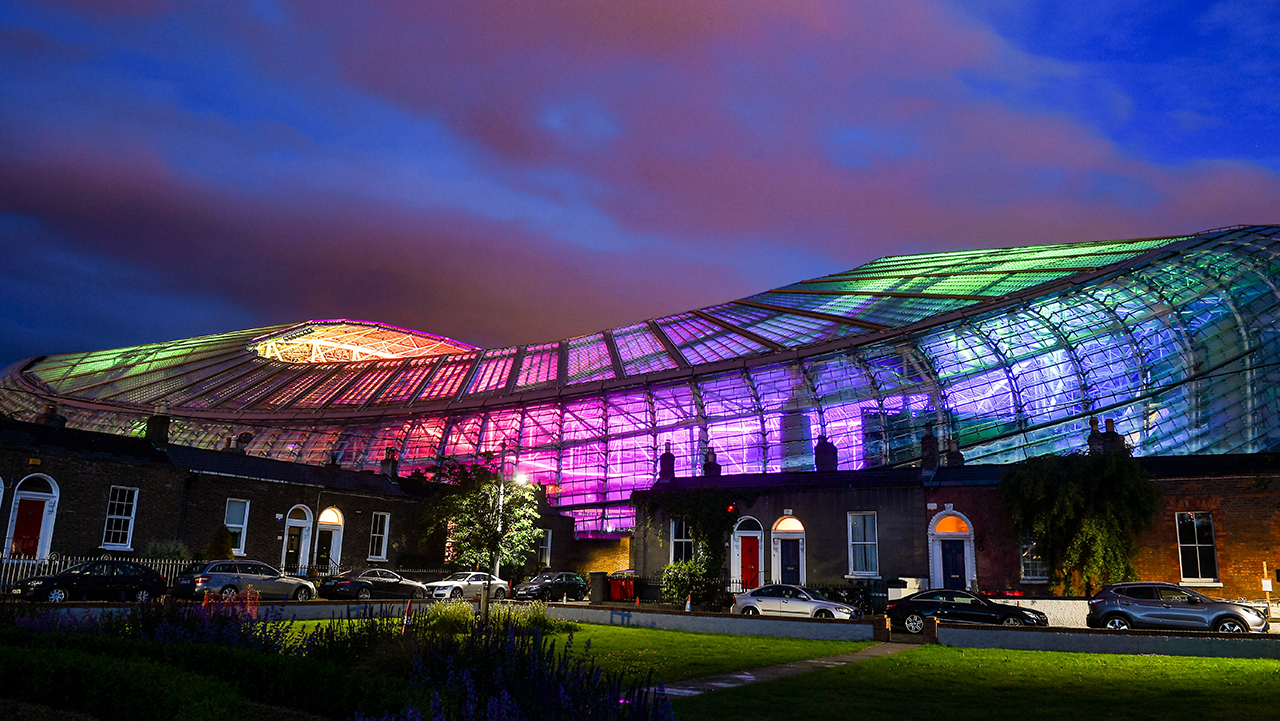 Aviva, Ireland’s largest insurer, are lighting up Aviva Stadium for the first time in Irish history with the colours of Pride. The iconic home of Irish soccer and rugby will be awash with rainbow colours until June 8. See www.aviva.ie/pride or follow #SafeToDream on social media to find out more. Photo by David Fitzgerald/Sportsfile

While the Aviva Stadium is lit up in the Pride colours each year, McTavish said that at present that is not an option for Croke Park, as the infrastructure is not currently in place.

“We don’t even light up the stadium for the St Patrick’s day festival because the lighting system isn’t there… so we wouldn’t be able to light it up for other events,” she said.

She did, however, say that it would be something that the GAA and Croke Park could look into in the future.

McTavish stressed the importance that the GAA are placing on growing their involvement in the 28 Pride events that take place across Ireland, and they are planning on being heavily involved in Winter Pride this year.

In the Examiner, Gough was quoted saying that he was discouraged from wearing a “rainbow coloured 'freedom' wristband” in 2015 by “people high within the Association”.

This advice was rooted in the politics and context of the time, according to McTavish, and today’s advice would be very different.

“We are a non-political (Association) or non-party political, so as a sporting organisation like the Olympics it is more about being non-political.

“I think that the advice that I would give to GAA referees or players if they came and asked [a similar] request is that I would have no issue with it.

“But I know as well from different regulations on attire to do with the game, sometimes the referees have to go back to the referee committee and discuss those requests.

The GAA is the first sporting organisation in Ireland to have a full time Diversity and Inclusivity Officer, and McTavish believes that they are on the right track to supporting the LGBT community.

“When you look at the foundations of the GAA and where it has come in the last 15-20 years there has been a lot of progression from integration to inclusion to diversity,” she said.

“We are trying to roll out training and education on terminology [that] maybe was used many years ago but it is not being used now.” 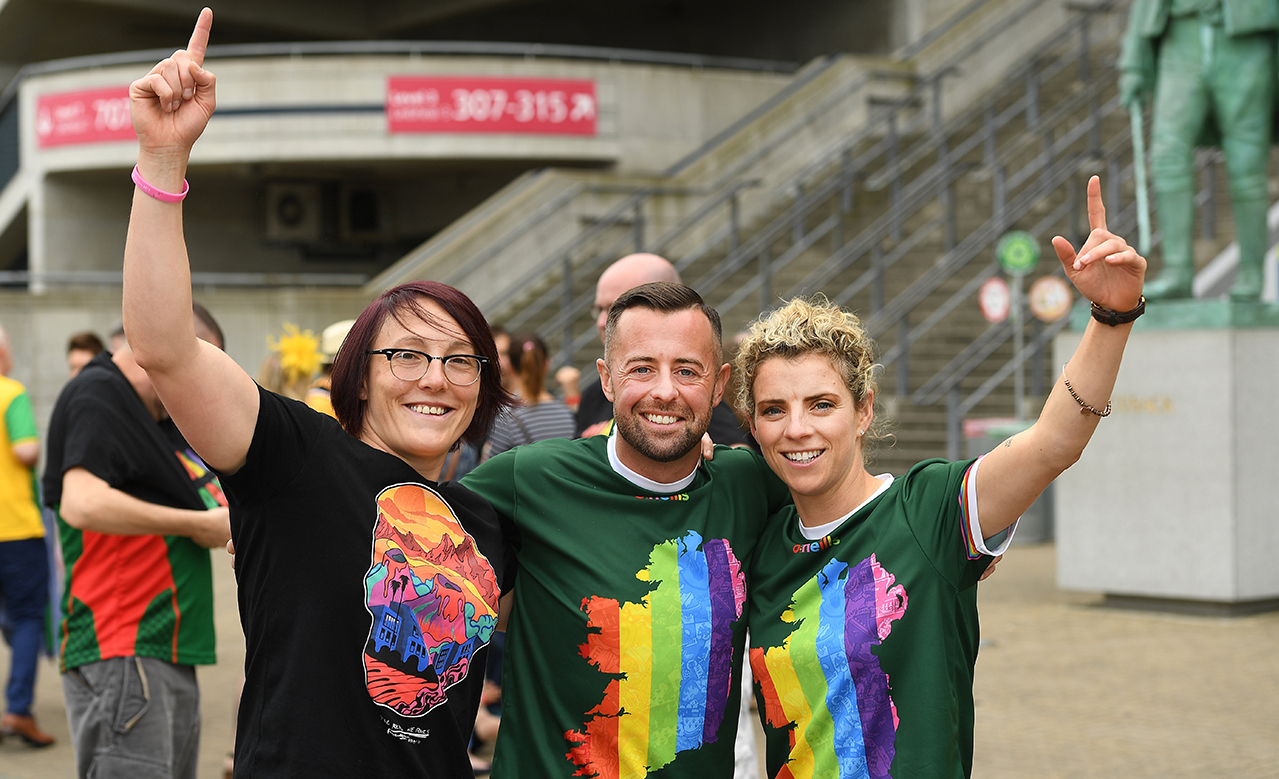 Intercounty referee David Gough with Lindsay Peat, left, and Valerie Mulcahy, in attendance, at Croke Park, Dublin, before setting off to join the Dublin Pride Parade 2019. Photo by Ray McManus/Sportsfile

The Association has also introduced a number of codes of behaviour and conduct for their players, coaches and volunteers to educate them on how to respond to racism, discrimination and homophobia.

“We are working on those to create the safe environment, the confidentiality environment for people to be able to come to us and talk about where they are and what supports they may need,” McTavish said.

“Change takes time and it is about educating our staff and our volunteers and our members and also working with external groups who have expertise who can bring a new voice to the organisation as well.”

In line with brining in external groups to the GAA, McTavish mentioned that the first LGBT GAA club is in the process of being formed.

“This will be a blueprint for clubs to continue in the future.

“It is hugely positive for the LGBT community and it just shows that it is very easily done once you have the right attitude.”

Peter Keane insists Kerry have "no issue" with Gough selection

Kerry say they have "complete confidence" in referee David Gough