After a sixth Men's Senior Football Championship title in a row for Dublin, there have been endle...

After a sixth Men's Senior Football Championship title in a row for Dublin, there have been endless debate surrounding whether the GAA needs a new competition format.

Former Ireland basketball captain Timmy McCarthy, multisport Irish international Louise Galvin and sports commentator Dave McIntyre discussed the issue of the Gaelic Football Championship and the league on the Saturday Panel on Off The Ball.

The return to the old school, straight knockout format for the All-Ireland championship for 2020 divided opinions and made for a memorable run to the final in December.

McIntyre believed that it was a great one-off season, however he would like to see a return of the backdoor system when time allows.

“The fact that we were back to the old school knockout, there was something very special about that,” McIntyre said.

“There was obviously a very good reason that the GAA looked at the backdoor system. You don’t want teams training for nine months for one game.

“But ultimately, we ended up in the same place, and it did obviously trigger this debate to which there is probably not one solution, there are a whole multitude of factors will have to be played into any potential solution.

“People are worried about the way things are going with Dublin and the way the county system is being run overall.” 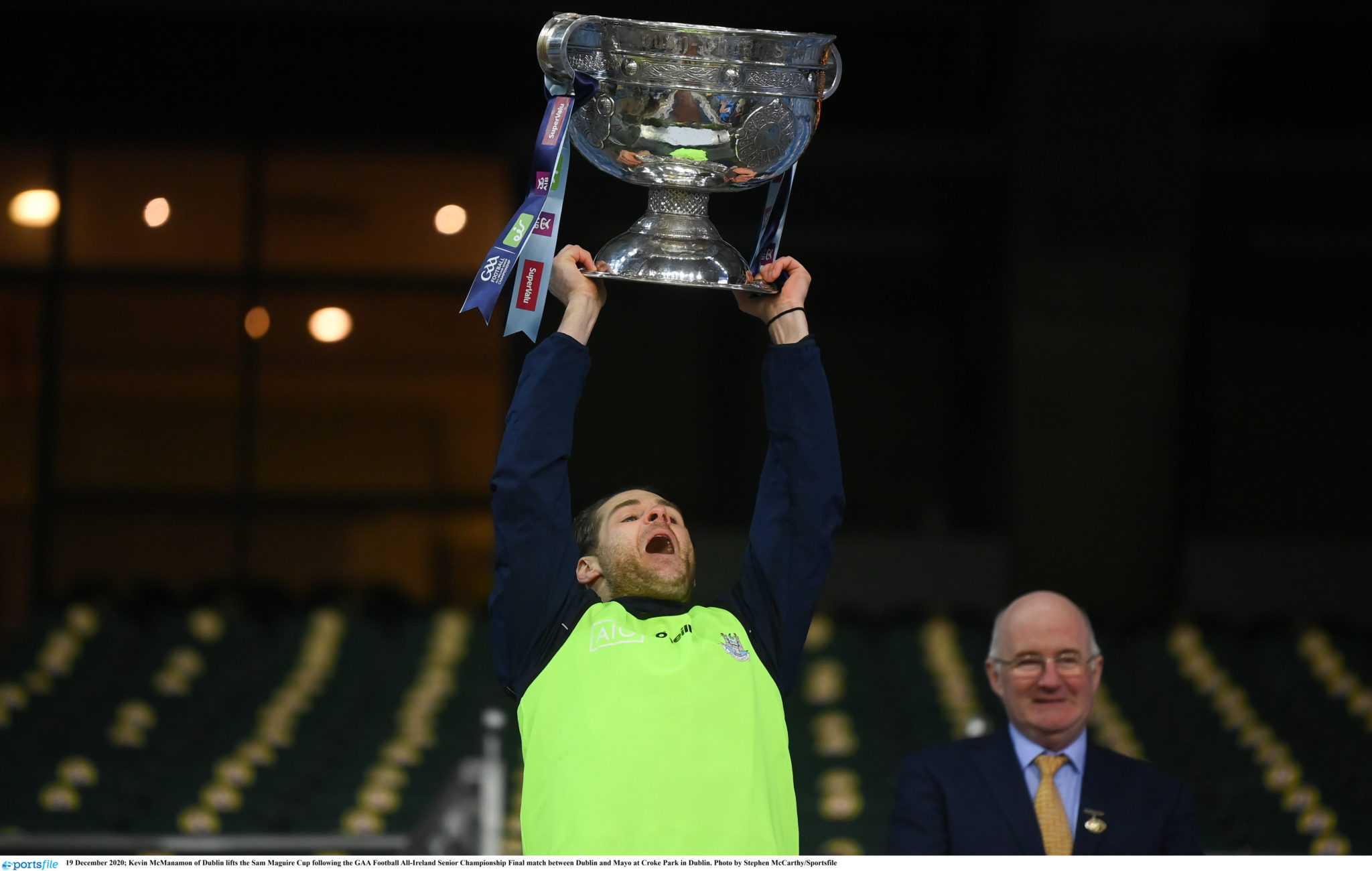 The GAA is open to innovation

For Galvin, 2020 proved that the GAA is open to explore new things, which can be further explored with a new format that expands the backdoor system.

“I am a fan of the backdoor system,” Galvin said. “I liked the concept of the Super 8s.

“What I am a fan of is trying things. I don’t think this idea of doing the same thing all the time because that is the way that it was always done; that is what I am not a fan of.”

She acknowledged the consternation caused by the introduction of the black card and the mark, however Galvin suggested that it showed a sense of innovation in the sport, which she likes.

“What I like is that we are trying to implement new rules to adapt to the game,” Galvin said.

“I think with the Super 8s, if Dublin are going to get beaten, and it has to happen at some point, it is not going to happen in Leinster I don’t think.

“So, if you are one of the other counties in Leinster, what hope have you got against Dublin if you draw them in the first round, second round, third round or fourth round?

“At least if you do have a backdoor system and you do meet a Dublin early days, you still get a bit of a run of trying to create some sort of level of achievement for that year.”

She suggested that an exploration of a similar format to the one used by basketball in Ireland could be just the thing to improve the competitiveness of all counties.

“In basketball there is a cup and a league, and they are run pretty much simultaneously over the season,” Galvin said.

“The cup is massive, and it is usually played off in January. It is knockout, but you have a league running all year long so that teams are still able to [play some matches].

“Once you are knocked out of the cup, even though it is your championship, you still have a league for another three months.

“I think if you are playing a league early in the year, and then you are going into the knockout at the best time of the year weather wise

“When teams should be really hitting form, and then are knocked out at the first stage and are not playing again until they start training in November for league again, which is meant to be the second competition. I don’t think that is a good format.

“It certainly worked this year with COVID and the shortened timescale, but I think overall I am not necessarily a fan [of straight knockouts].” 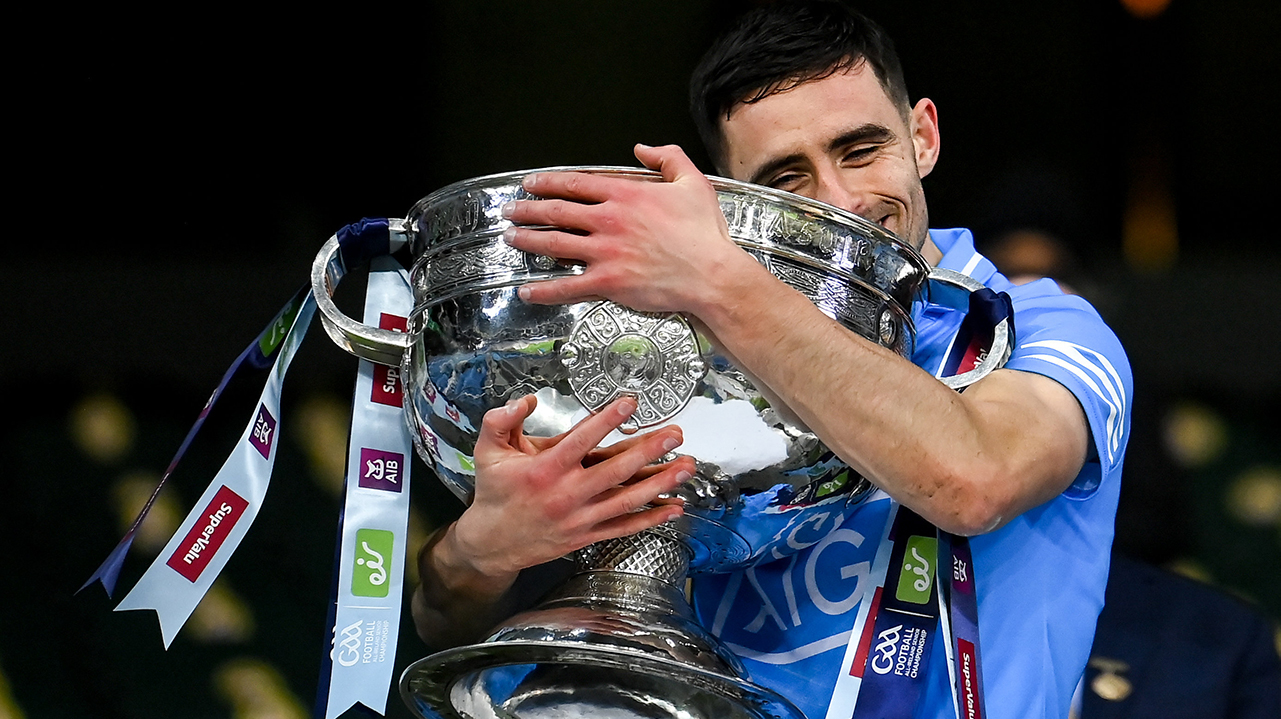 Would a plate system work for the ‘weaker’ teams?

McCarthy agreed with Galvin, suggesting that the GAA could go further than simply running the league and championship concurrently.

“I loved the championship, I thought the knockouts were brilliant this year,” McCarthy said.

“But I do believe that we should try something. We have a league in GAA that is only used really to get ready for the championship, and that is the failing.

“The real failing here is that the reason we have backdoors is they are supposed to give the weaker teams a second chance, even though the backdoor has always favoured the strong teams who have been caught one day.

“I have always felt that we should make the league and championship seamless, where everybody plays in the league like your Super 8s, but it is over the entire season, and then the top teams get to the knockout.

“You could have the top two teams in each of the eight groups if you take 32 or 34 teams, playing in the league situations, and the top two go on to the knockout championship, which we will call the All-Ireland championship.