While many people have lamented the new GAA rules, particularly in hurling, football has become more attacking, according to the pundits on the Sunday Paper Review.

The much-discussed black card, mark rule and change to the advantage rule has been met with a lot of criticism over the course of the opening rounds of the national football and hurling leagues.

Despite this, Teneo Ireland CEO Mick O’Keeffe believes that the new rules have helped to promote a more attacking brand of football, which is easier on the eye.

Speaking on OTB Sports’ Sunday Paper Review, O’Keeffe discussed the evolution of football over the past couple of years.

“There has been an evolution of GAA tactics away from the very dogged [style of] stopping the other team playing,” O’Keeffe said.

“It is more about how you set yourself up to score. I think people have moved away from trying to keep a team to 10 or 12 points and try to come out by a point on the other side.”

While he did not go so far as to say that he was in favour of the change in advantage rule in hurling, O’Keeffe suggested that the GAA deserves some credit for promoting attack in football.

“With all of the hullaballoo, particularly in hurling circles, around rule changes, I think the GAA took the issue of the product that was football for 10 years which I think people were really struggling with as a spectacle [and made it better],” O’Keeffe said.

“They introduced things like tweaks to the kickout, the black card, and I am not totally opposed to the mark rule either I have to say.

“I think we need to give the GAA a little bit of credit here that they did actually facilitate new rules that enabled more skilful players more freedom.

“Maybe it has taken six, seven or eight years for that evolution to come to fruition and hopefully what we are going to see is high scoring [football], a lot more kick passing, and teams playing much further up the pitch.

“You can’t win, and you see it at club level all over the place, you can’t win with a load of players behind the ball.

“It is just a really difficult thing to execute, and players don’t like it. You speak to any player; they don’t dream of waking up and dropping back 30 yards out from his own goal.” 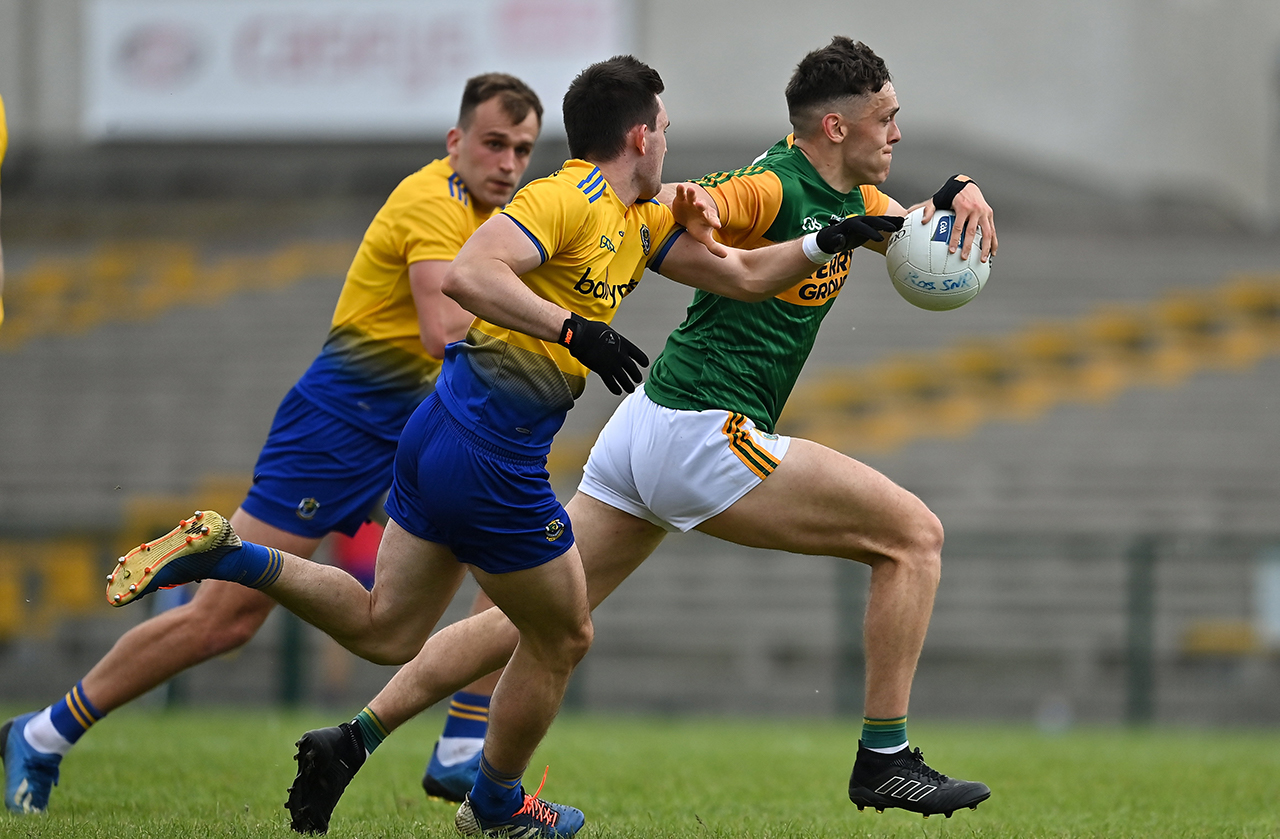 David Clifford of Kerry in action against Enda Smith and David Murray of Roscommon during the Allianz Football League Division 1 South Round 3 match between Roscommon and Kerry at Dr Hyde Park in Roscommon. Photo by Brendan Moran/Sportsfile

O’Keeffe believes that the new rules and the change in attitude promotes scoring by bringing attacking players forward and emphasising more skilful players.

“It is about getting your better forwards into the right position and closer to the goal,” O’Keeffe said.

“Having a system that means that Dean Rock and David Clifford and Con O’Callaghan don’t end up 50 yards out from goal.

“We saw that with Gooch [Colm Cooper] in the latter half of his career where he ended up going so deep that he became ineffective.

GAA teams should be lauded for their game management

Although he did not disagree entirely with O’Keeffe, Sunday Independent sportswriter Tommy Conlon was not overly satisfied with the current brand of football.

He joined O’Keeffe on the Sunday Paper Review, criticising the recent football matches as being ‘turgid affairs’.

“We are still seeing an awful lot of this dreadful lateral hand passing,” Conlon said. “Over and back across the middle third of the field.

“The data is there, the scoring average seems to be going up for the moment anyway, and yet we are still looking at this, I find, really exasperating trend the way the game evolved from a kicking game to hand passing game, like a basketball game.

“That is no skill at all, and I find a lot of still really turgid to watch. On the other hand, the scoring averages are going up… I don’t have an explanation [for that].

“Players probably find it soul-destroying if all they are told is to stay behind the ball and that is their job. Players just won’t accept that anymore.

“There is a part of me still wondering how it is happening, because we are still seeing a lot of the time, 12 or 13 players behind the ball.” 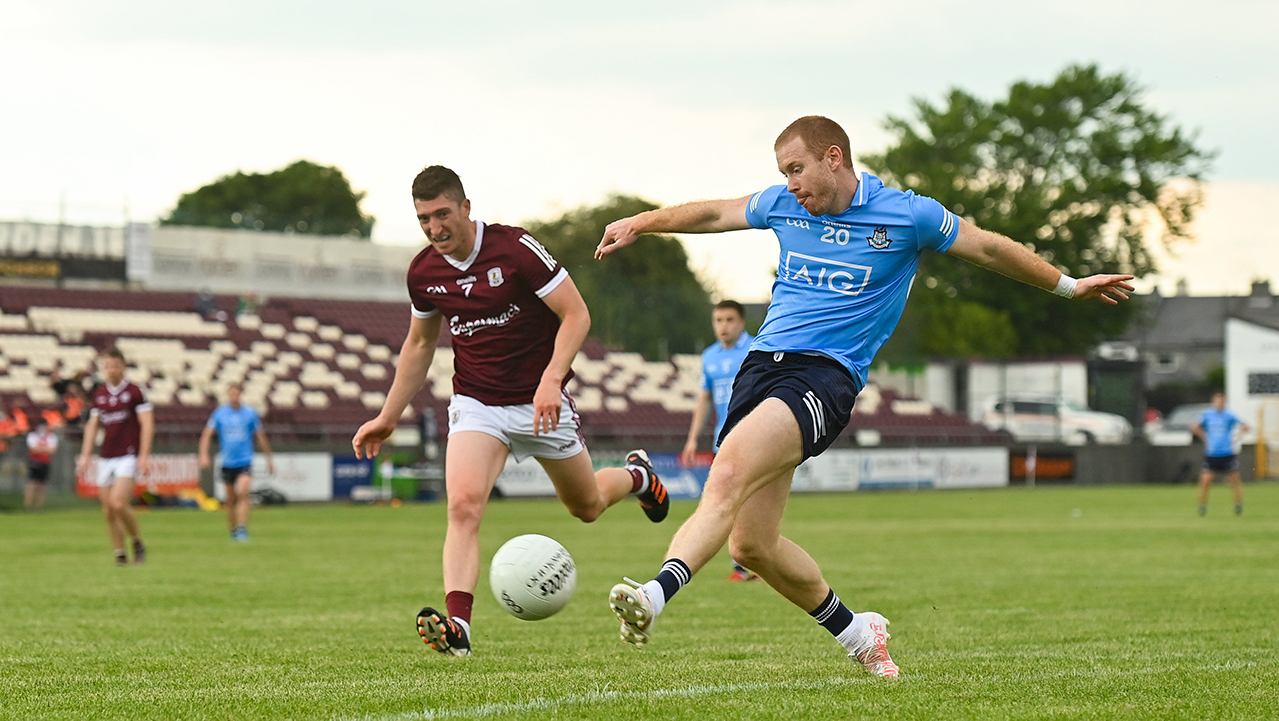 Aaron Byrne of Dublin shoots to score his side's second goal during the Allianz Football League Division 1 South Round 3 match between Galway and Dublin at St Jarlath's Park in Tuam, Galway. Photo by Ramsey Cardy/Sportsfile

O’Keeffe responded by pointing out that Gaelic football is merely following the trends of other sports, and so the teams should be praised as much as Chelsea were for their control over the game.

“You can laud soccer teams and rugby teams for their ball control,” O’Keeffe said. “I just wonder, because we are GAA purists, people don’t like to see Gaelic football teams take the sting out of the game and controlling the game.

“It feels as though it goes against the traditional view of what the game should be. It is not great to look at, but they are completely controlling the game.

“All of those things that we would say would be brilliant for a basketball team, or a rugby team, or a soccer team, because I think we want to see the ball being kicked and the ball going forward which is what looks better [we don’t say it is brilliant in GAA].”