Tyrone took home the Sam Maguire after beating Mayo in the final, having beaten Kerry in the semi-final.

Speaking on RTE after winning the award, McGeary mentioned that this completed an incredible season for himself and Tyrone.

"I didn't think that was coming this year to be honest," McGeary said. "It tops off the incredible year we've had as a team and individually for myself.

"To even make it to the last three people to be nominated was incredible. I was up against two serious warriors of the game. Lee doesn't need any introduction.

"Meyler is a serious standard setter for our team and he's a massive part of why we are All-Ireland champions."

Tyrone faced some controversy during the year as they were forced to postpone their All-Ireland semi-final against Kerry due to COVID-19.

McGeary discussed the controversy and what impact it had on their Sam Maguire victory.

"After the Ulster final, we used the depth of our panel that day to get over the line," McGeary said. "We were missing a vital part of our management as well with Feargal [Logan] not being there.

"When we faced the semi-final, it wasn't a decision that we made lightly. It took a lot of thought. There was a lot of backing behind it.

"The one thing we did was we all came off the field having the same approach to it. So, it wasn't an easy decision to make, but we made it as a team.

"At that stage of the year, we were only after becoming the provincial champions. Everything was leading on. I've so much love and respect for the boys. As the saying goes, win, lose or draw together." 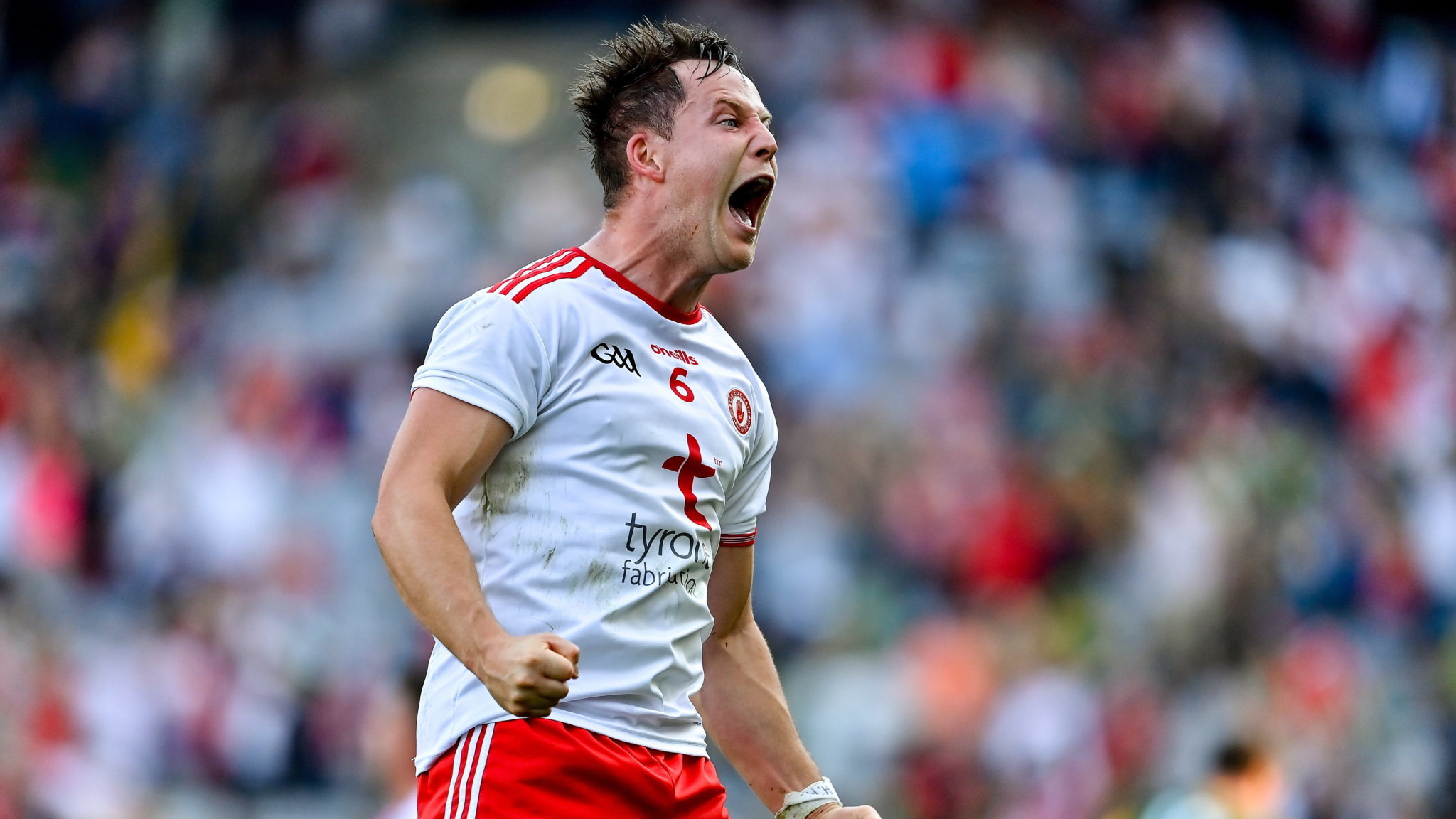 Mayo's Oisín Mullin won the young footballer of the year for the second year in a row, beating fellow nominees Tyrone's Darragh Canavan and Matthew Tierney of Galway.

This was in spite of missing the All-Ireland semi-final against Dublin, as he watched his side defeat the defending champs en route to their defeat to Tyrone in Croke Park.

Cian Lynch took home the Hurler of the Year award earlier in the night, tying with Kilkenny legend Henry Shefflin with two wins.

The Red Hand County were rewarded with eight places on the All Star team, which was named earlier in the night.

2021 PWC GAA/GPA All Star Football Team Of The Year