The Football Pod | Team of the Year

The Football Pod | Team of the Year

The Football Pod - Team of the Year

Andrews and Moran each named a best fifteen of the summer, and we had agreement in twelve positions - that left three spots up for debate; one in defence, and two up front.

Morgan revolutionised the role of the sweeper-keeper this season, much to the delight of Tyrone fans. His forward runs and kicks up to McCurry and the forward line proved pivotal in their title charge.

Andy Moran - “Morgan has stripped back his game. Dooher needed him to be the playmaker from the back. I don’t think there’s a person in the country that doesn’t have him in their team.” 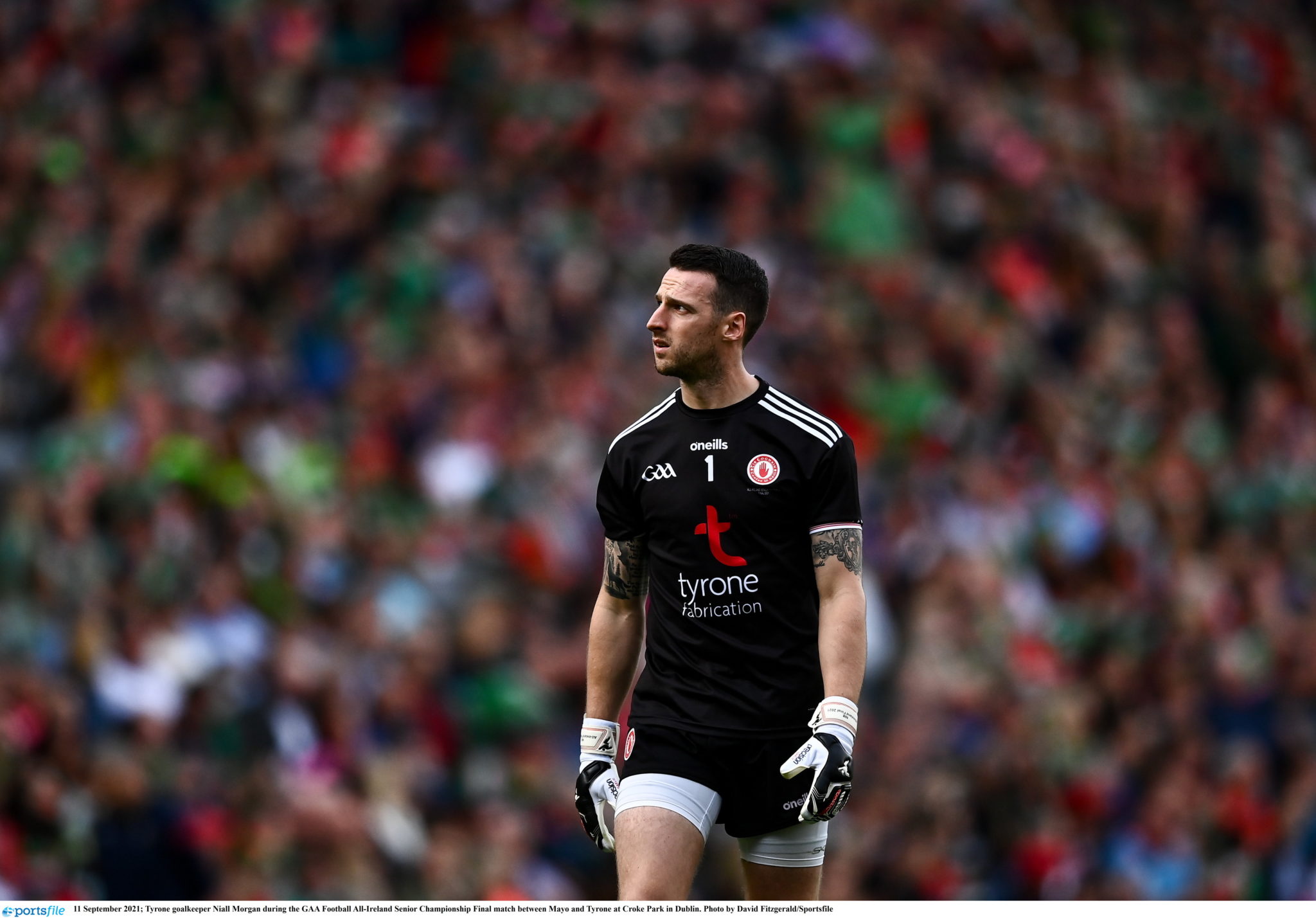 The Kerry defender led by example this campaign. In the semi-final fixture against Tyrone, O'Sullivan held Darren McCurry to just 0-4 with only two scores from open play.

Andy Moran - "For me, he had the best defensive performance I've seen all year in that semi-final."

McNamee played a pivotal role in the Ulster county's All-Ireland journey. McNamee was a huge boost to the Tyrone outfit when his suspension had been lifted to play against Donegal in the Ulster semi-final.

Paddy Andrews - "I felt McNamee reached his peak this season. He stuck to his task against David Clifford despite being under severe pressure. He showed great leadership and he took out Aidan O'Shea in that final."

The Tyrone captain was a stalwart in defence this season and caught attention for an unforgettable speech following their All-Ireland triumph in Croke Park.

Paddy Andrews - "All-Ireland winning captain. Huge leader. They were comfortable in that final because of him. He was nailed on for me."

The only player to score an All-Ireland final goal for Mayo since Andy Moran in 2013, Keegan is one of the greatest players to never win an All-Ireland title. This year marked his sixth All-Ireland final loss. Despite the heartache, Keegan still shone through the entire campaign and is the highest-scoring defender of all-time with 6-40.

Paddy Andrews - "You could argue he was the Mayo's best player all year. He has to be in it." 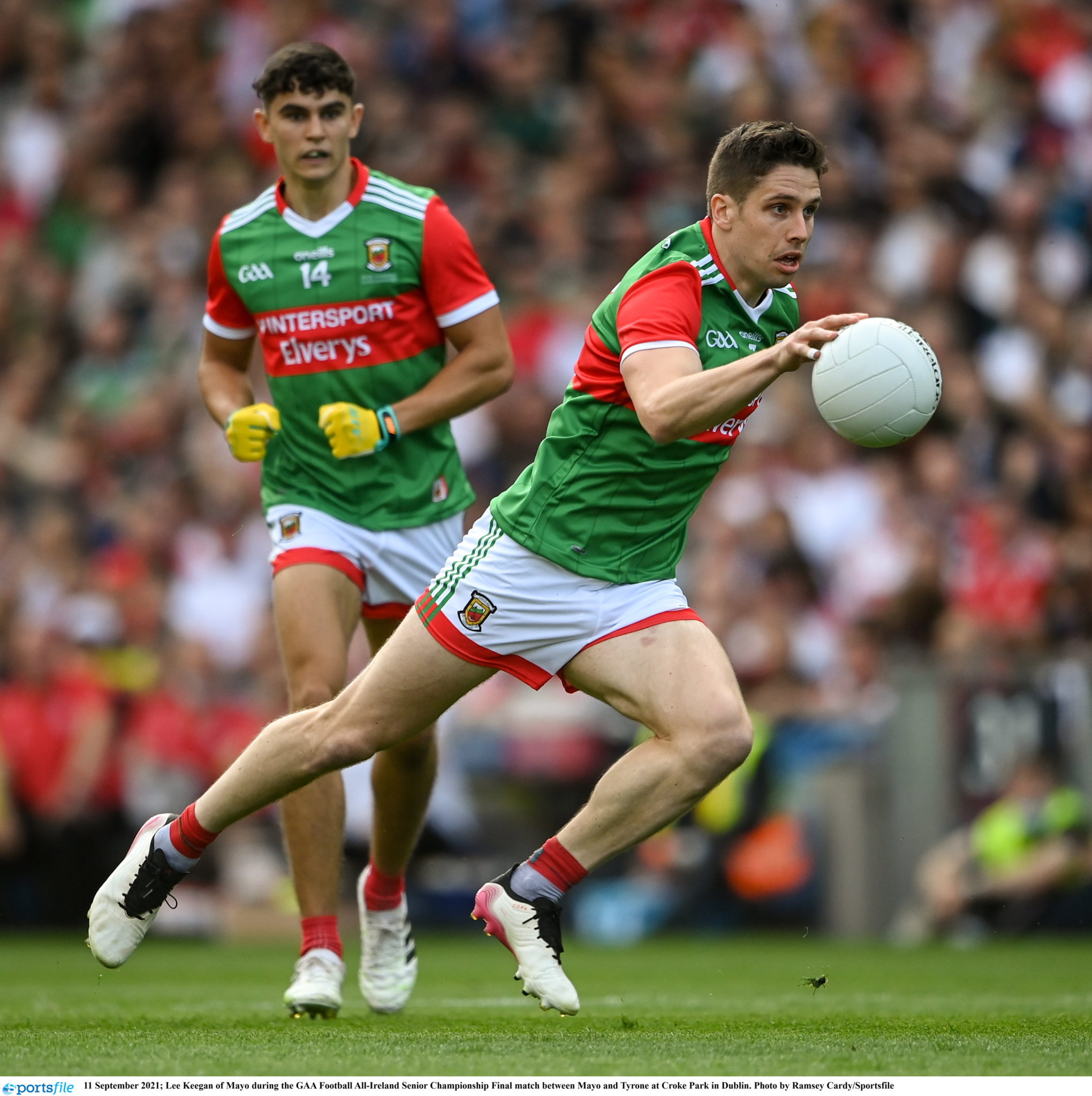 The 25-year old Hollymount-Carramore native has become one of the first names on the teamsheet over the past two seasons; this year he became a real leader - and according to Andy Moran began to show much more of his skillset in kick-passing and shooting, which we saw in the All-Ireland final.

Paddy Andrews - “When senior players leave, it allows guys who have potential to step up, come to the fore, and his semi-final performance was an example of that. He was absolutely monumental in one of Mayo’s greatest victories. Even though he’s been around for a long time, it was nearly like a breakout year for him. He was leading that defence. He seems like a leader in that team and he showed it.”

Steered a beautiful point over the bar just after the first water break to put Tyrone into a healthy three-point lead in the All-Ireland final - Kieran McGeary epitomised all that was brilliant about Tyrone this year; instrumental as they won their first All-Ireland since 2008 - and he is also Andy Moran's shout as MVP.

Andy Moran - “Brilliant against Donegal, his role in the Monaghan game was amazing, sitting in at that sweeper role at no.6 to replace Frank Burns. He takes Gavin White out of the game in the semi-final. In the final, he did his job."

Kilpatrick's catch to set up McCurry's goal in the final will be one of the highlights of the year for the Ulster team and a major turning point in the game. The lads raved about his influece on Episode 19.

🤣 called out on Instagram last night, but the first thing @AndyPMoran & @PaddyAMetis did this week was pay tribute to Tyrone's outstanding duo Kilpatrick & Kennedy!

Paddy Andrews - "Credit to that man. He had a monstrous final. He made massive plays to get them over the line."

Andy Moran - "Kilpatrick didn't just go out and catch the ball and flick it on. He took out his running midfielders. He went man-to-man with absolute athletes and he did the job on them."

The All-Ireland final didn't go the way it was supposed to for Matthew Ruane this year - one of the driving forces of James Horan's team, he really grew into a top-class intercounty midfielder this summer. That Connacht Final performance was sensational, and he was brilliant against Dublin - out-witted vs. Tyrone, but he'll be back.

Paddy Andrews - "He had a breakout year with a brilliant Connacht final and an excellent performance in the semi-final against Dublin."

Andy Moran - "Meyler was exceptional, Dooher played to his strengths. His personality, as well as his skill on the pitch, is exceptional."

Paddy Andrews - "management made him the best version of himself and he seems to fit their system perfectly." 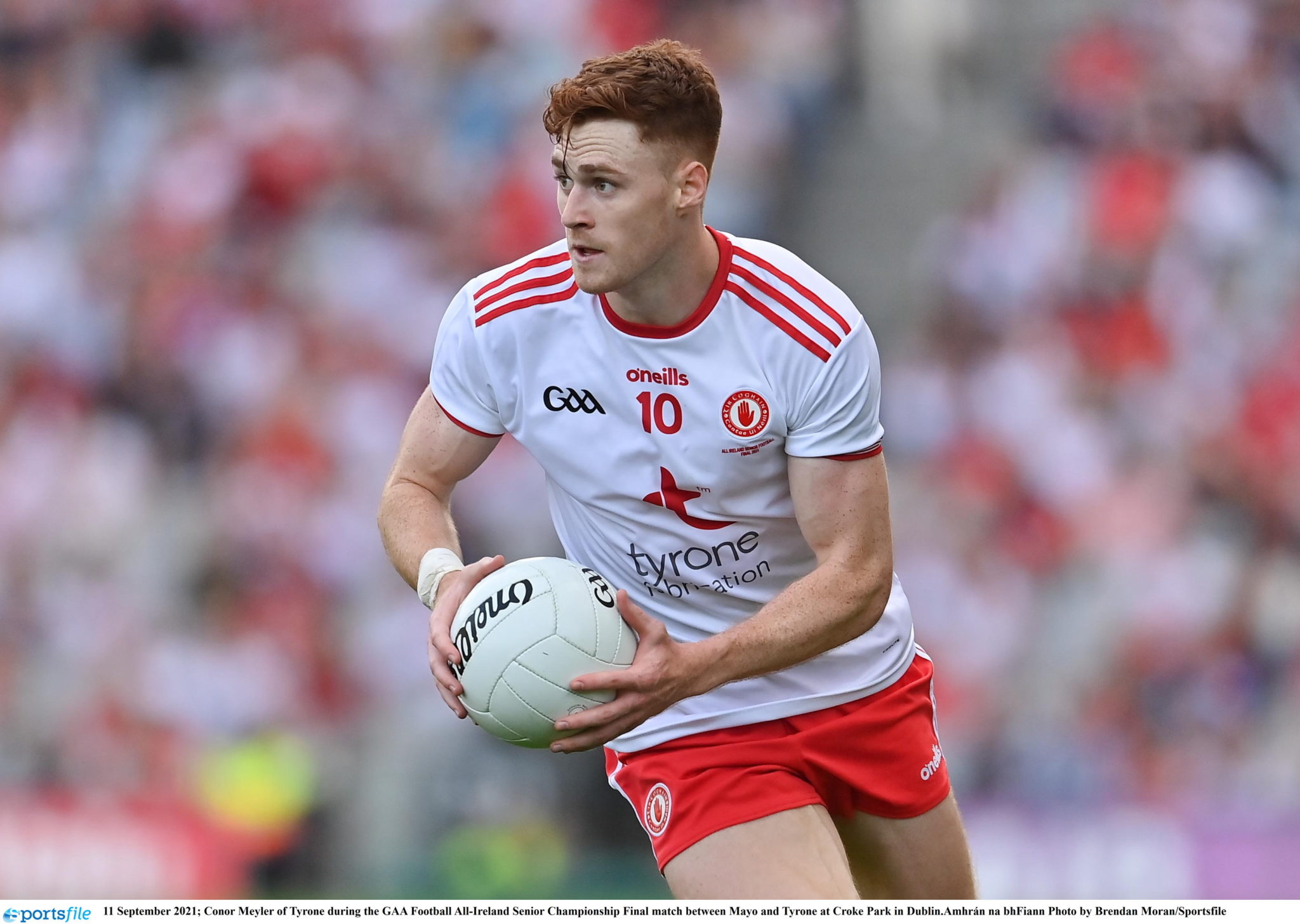 Taking his league form into the championship this year, O'Shea recorded some high-scoring games that led to Kerry's semi-final journey. Despite losing out to Tyrone, his free-taking in the semi-final was exemplary, despite falling just short.

Paddy Andrews - "O'Shea has to be in it! He outshone Clifford in a few of those big games too. He still scored eight points in the semi-final, even though initially Hampsey probably got the better of him."

Conor McKenna was the moments man this year, admitting himself that we haven't seen the best of him yet, he made the difference when it mattered though - two goals in the All-Ireland semi-final, and he created the goal that essentially secured Sam.

Andy Moran - "Tyrone had struggled to score goals in big games. They don't win the All-Ireland without Conor McKenna."

Paddy Andrews - "If Conor McKenna doesn't come back from Australia, do Tyrone win the All-Ireland? Probably not."

McCurry was named man of the match in the All-Ireland final, his 1-04 going a long way to help Tyrone clinch the title. McCurry was Tyrone's go-to forward throughout the Championship, and delivered week on week. The Dazzler is back.

Paddy Andrews - "To get the man of the match in the final. He absolutely got the better of O’Hora. Over the entire season – McCurry was the main man. Through the National League, all the way through the championship"

⭐️ Who has been the MVP in Gaelic Football this summer?

Paddy makes a compelling case for 'The Dazzler' ⚪️ 🔴

"Scoring 2-17 throughout the championship this year, David Clifford was the driving force behind Kerry's run to the All-Ireland semi-final. As always, all eyes and focus were on Clifford in each game he played and after a quiet Munster final, his All-Ireland semi-final showing was very much a performance for the ages - that injury before extra-time really came back to haunt his team."

Paddy Andrews - "I'm sure in his downtime he's kicking balls and practicing. Others will probably say he doesn't need to do that, but he's still trying to improve."

Andy Moran - "The best individual performance of the year was in that semi-final, marking Ronan McNamee."

O'Donoghue was Mayo's main forward this year - but it wasn't meant to be like that - he linked up brilliantly with Cillian O'Connor earlier in the league, but once Horan lost O'Connor to injury, the pressure landed on O'Donoghue. He certainly delivered throughout the summer, his free-taking was brilliant in the All-Ireland final, but that missed penalty will live him for a while.

Andy Moran - "In terms of the three best players for Mayo this year - he is right up there. He was just class."

You can listen to the podcast on the OTB Sports app - download that in your app store.

Contact the Football Pod and let us know what you think