The new attractive style of football has come in in spite of the rule changes made by the GAA, according to former Meath captain Anthony Moyles.

On the Sunday Paper Review this past week, it was suggested that the GAA deserves credit for the rule changes that have promoted an attacking brand of football.

However, Moyles would disagree with this, as he believes that the attractive style of football we are seeing now is taking place in spite of the rules rather than because of them.

Speaking on Monday’s OTB AM, Moyles suggested that the football over the past couple of weekends is down to the inevitable improvements in the players and management, and it has been a long time coming.

“They don’t see training as just going and getting flogged or whatever; they are researching an awful lot more.

“Their ability to transition the ball is much better, all of those things, and then skill levels are improving.”

While he acknowledged that sports need to develop through the adaptation and amendment of rules, Moyles warned against the changing of rules just for the sake of it.

“The games administration and different people have decided to set different rules and try to alter the game to try and disrupt strategies that were used,” Moyles said. “That is just how games develop.

“I can see a situation with goalkeepers and how important goalkeepers have become, and I think you are going to see more and more of that.

“Goalkeepers are basically going to become an outfield player. You often see this where the defender will come in and take the ball off the goalkeeper; why would you do that?

“You are bringing a forward in, and you are essentially now becoming two players rather than one.

“What you should actually do is get all of your defenders to split out as far as you could and create a tunnel right down the pitch for the goalkeeper just to go and let him keep going.

“Have an ability to have a fly goalkeeper, you have a defender that can sort of sit back if needs be, and if the goalkeeper goes up there, he doesn’t have to run all the way, 60 yards, back, he can just slip in.

“That is, I think, the next transition. What would kill me, and you could see it, is if someone in some rules body says, ‘oh, the goalkeeper can’t go past the 21’.

“The game has to develop, and innovation has to come into it.” 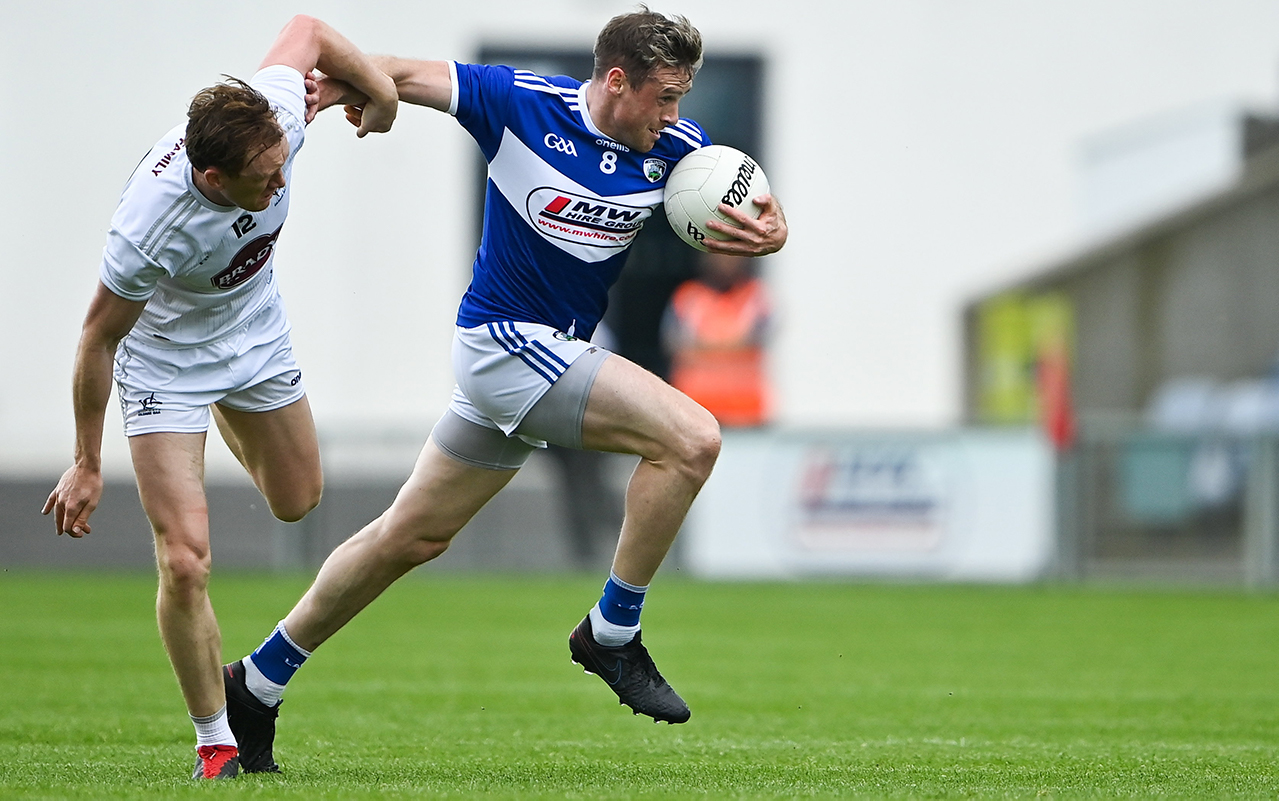 Kieran Lillis of Laois in action against Paul Cribbin of Kildare during the Allianz Football League Division 2 South Round 3 match between Laois and Kildare at MW Hire O'Moore Park in Portlaoise, Laois. Photo by Piaras Ó Mídheach/Sportsfile

Rule changes need to be stripped back in football

For Moyles, the game of Gaelic football is in a good place right now, however he believes that the rule changes are not the cause of this.

“I just think the game is in a really good place,” Moyles said. “To be honest with you, I think the rule changes over the last while [have not improved the game].

“I was scratching my head last night thinking of the rule changes; what rule change has come in that has actually aided the game over the last number of years?

“I don’t honestly think there is one. Even the black card, I am not so sure about that.

“People say, ‘the black card has stopped cynical fouling’. Well, if the yellow card was used correctly [it would have done the same].

Moyles believes that the rules that have been brought in over the last few years should actually be done away with in order to promote a more free-flowing game.

“I just hope no one starts tinkering with things,” Moyles said. “Actually, as a matter of fact, they should start stripping back some of those rules they brought in over the last while.

“That would be a great thing. Just let the game flow and let managers work out things and have tactics and strategies around it.”