James O’Donoghue, All-Ireland winner, two-time All-Star and 2014 Footballer of the Year has con...

James O’Donoghue, All-Ireland winner, two-time All-Star and 2014 Footballer of the Year has confirmed his retirement from inter-county football as he joins Paddy Andrews as co-host on The Football Pod.

In an exclusive interview on The Football Pod with Paddy Andrews and Tommy Rooney, O’Donoghue spoke in-depth about the many highs throughout his time with Kerry as well as the devastating run of injuries that brought a premature end to his career.

"Last year, I was fighting an uphill battle. Realistically, I stepped away from the panel just before the going got very serious because I wasn’t really contributing. I told them at that stage that I was retiring but because Kerry were going too well, we decided not to put out a statement and throw all the good vibes out of the camp. So we just kept it under wraps.

"It’s a painful one, it’s definitely something that’s going to be hard, but it’s the right thing," the new Football Pod co-host concluded.

You can listen to Ep. 1 right now as O’Donoghue joins Paddy Andrews and Tommy Rooney on The Football Pod as co-host for the 2022 season.

The Killarney Legion club-man confirms that while it was his intention to retire from inter-county football when he stepped away from the panel last summer, he did try to get his body right to return to the Kerry squad.

“That was in the back of my head and that would have been fine if I’d had a good couple of years coming into it, but I haven’t played or played well in a good long spell.

"It gets to the stage then, where even if you come back after injury and make a panel or a team, you’re not 100% and you’re costing a bit of potential coming through in your place and making their mark. So I had that bit of guilt in my head and it was chipping away at me, ‘you can’t keep doing this like, you have to either get right, or get out.’" 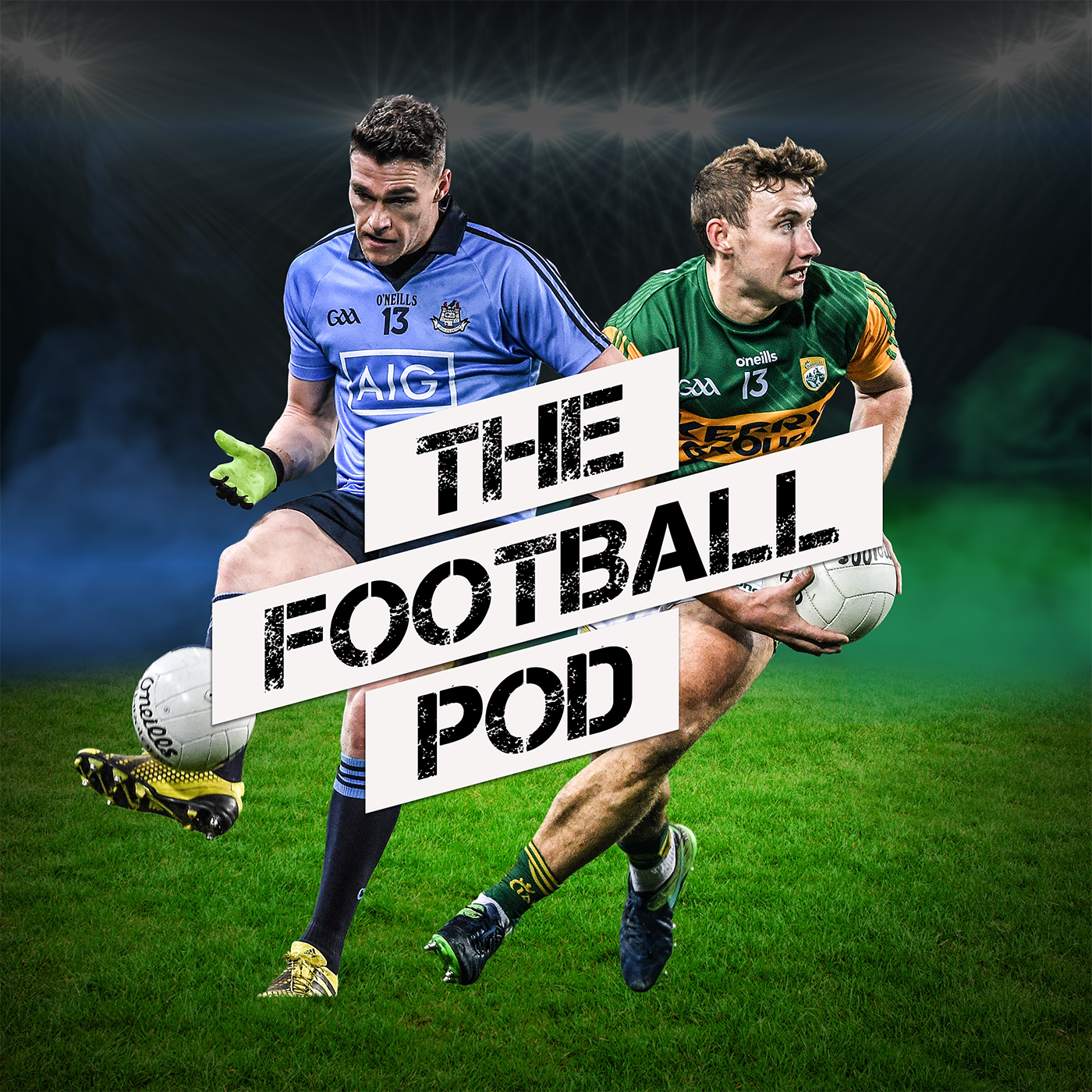 “I hadn’t had a run of matches in so long that when I made that decision, all I wanted to do was get back with the Legion, play games, play well and start enjoying the game. I know it sounds so cliche, but when you’ve been injured for so long you kind of forget the craic of it and you want to be wanted by some team anyways if you’re not going to make it with your county.”

The 2014 Footballer of the Year burst onto the Kerry panel in the 2010 McGrath Cup months after Kerry had won the 2009 All-Ireland title under Jack O’Connor. He would go on to cement his starting place throughout the 2012 season, and in the 2013 All-Ireland semi-final, would score 2-03 as Kerry lost to Dublin in an epic encounter.

O’Donoghue won an All-Star in 2013, and the following year All-Ireland glory and a Footballer of the Year award arrived. He maintained that form in the 2015 season, kicking three points in Kerry’s All-Ireland final defeat to Dublin - but that winter, the injury-hell began.

While there was no contact with Kerry’s new management team, O’Donoghue confirmed that he attempted to get his body right for a potential 2022 comeback.

“I know Jack well, very well and have always got on great with him, and I know that if I was right, I could have picked up the phone and rang him and said ‘I’m thinking about changing my mind, what do you think?’

I actually did give a go at getting into very good nick for it, just to see if I could give it one last go, but do you know what - my body wasn’t up to it, just that the way it is. I’ll go back to the club now, tailor my programme and I guarantee you that I might not see another injury, just the slight drop in intensity might suit me. If I was right I could have picked up the phone and we’d have had a chat, but it just didn’t feel right.”

You can listen to the exclusive interview as James chats about the good, the great and the difficult days as a Kerry footballer and explains that he feels he could have got a few more years out of body if he knew what he knows now.

James O’Donoghue will be joining Paddy Andrews and Tommy Rooney on The Football Pod every Tuesday throughout the 2022 Gaelic Football season to talk Football. Subscribe, share and listen to Ep. 1 of Season 2 of The Football Pod right now, wherever you get your podcasts.