'I got that wrong, everything else is completely correct' | OTB AM's GAA Power Rankings

The infamous OTB AM GAA Power Rankings experienced major rearrangement this week as the latest provincial action was accompanied by the first weekend of All-Ireland qualifiers.

The Power Rankings experienced a few firsts on Wednesday's OTB AM. Most notably, the Power Rankings' curator Eoin Sheahan admitted that he was wrong to have Antrim ranked at 32 in last week's rankings, however, he faceted that admission with "everything else is completely correct".

The Power Rankings also featured new background music for the segment which can only be described as "regal" as host Sheahan's ego simultaneously reached both monarch and toxic workplace culture levels.

Wicklow, meanwhile, dropped three places while Carlow and Louth both appeared in the bottom nine this week after losses to Longford and Antrim respectively. 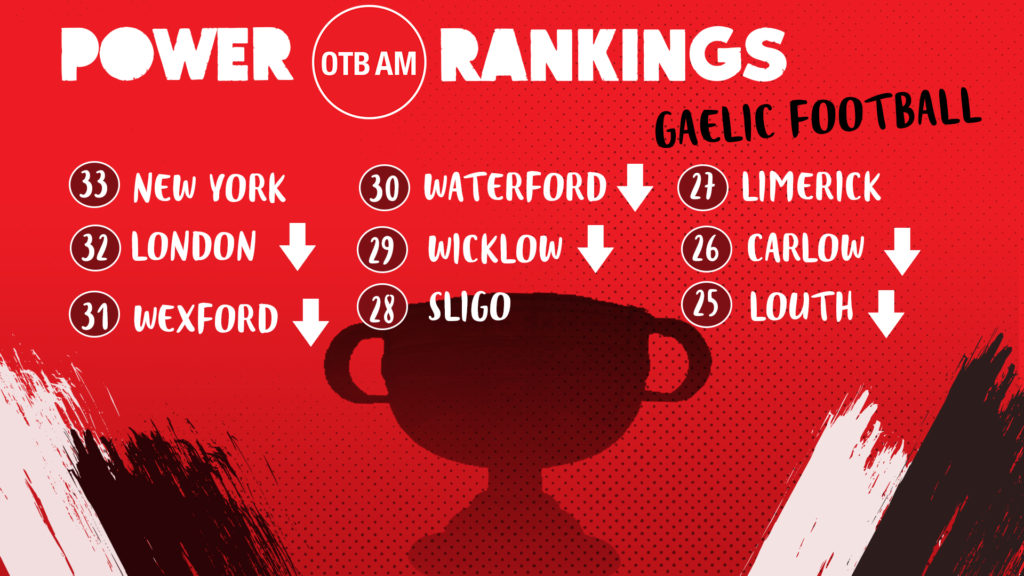 The next eight teams featured the biggest risers Antrim moving eight places up to 24th, with Sheahan apologising to the people of Antrim for underestimating them.

Tipperary were knocked out of the Championship but maintained their position at 23. Leitrim and Offally rose after victories against Wicklow and London respectively. Clare are down two despite not playing while Laois are down four after being beaten 11 points by Meath. 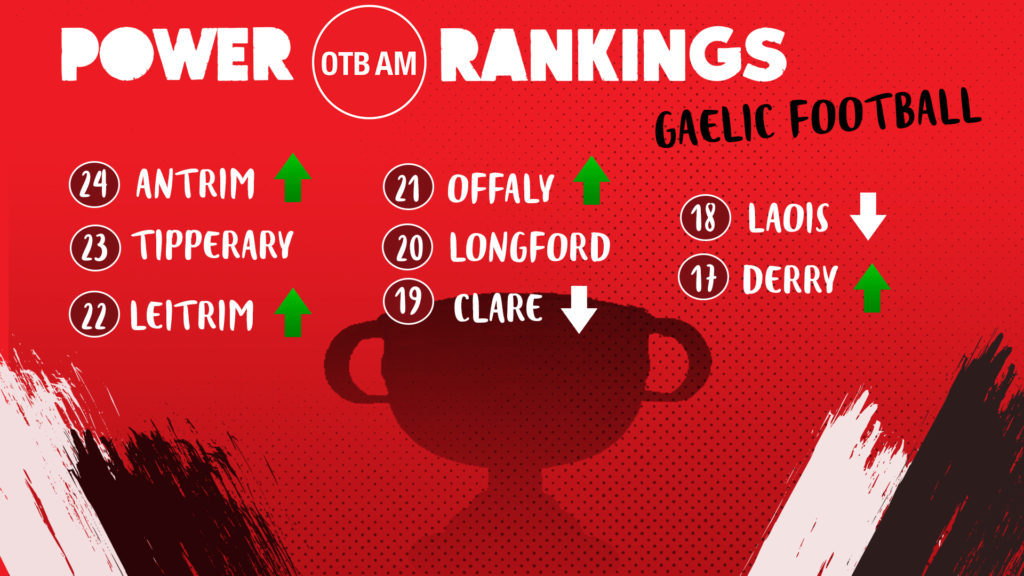 In the top half of the rankings, Down are up two after their victory over Tipperary. Westmeath are, in fact, up one despite Sheahan's homemade graphic displaying them as down one (What was that about everything else being correct?).

Nevertheless, the graphic is right to have Fermanagh down one spot after their defeat to Monaghan. Kildare were relegated one place after an expected loss to Dublin.

Cork are at 12th after hammering Limerick in their only Championship game to date. Monaghan fell one place after Sheahan said they were undeserving of a place in the top eight despite victory last weekend over Fermanagh. 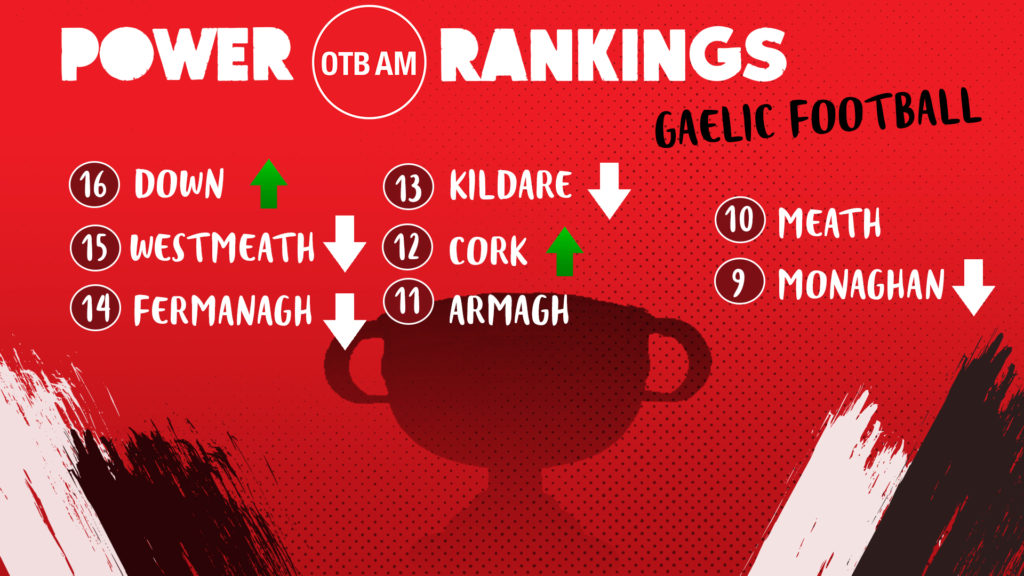 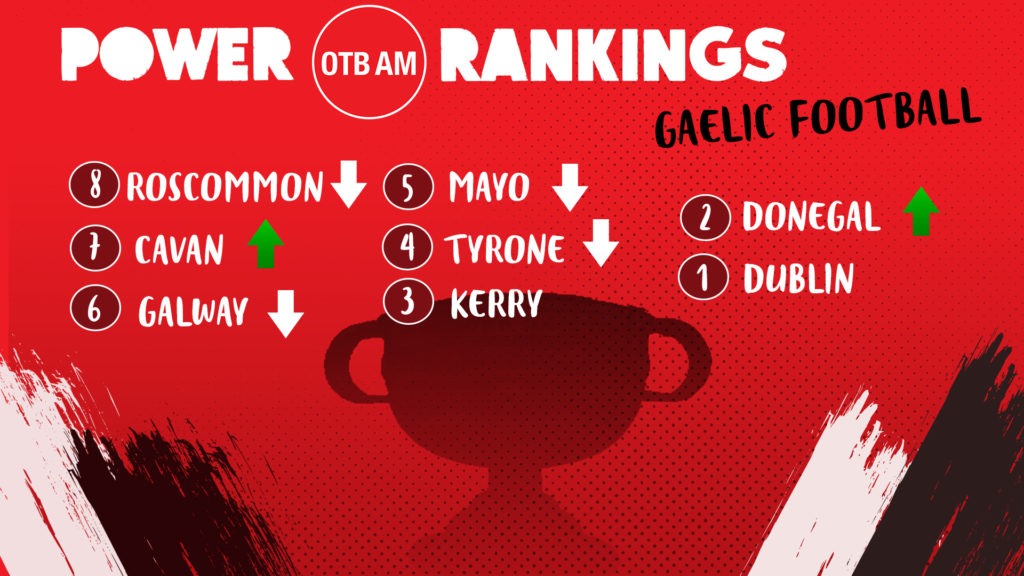 Damien Comer to miss Connacht championship due to injury