Eoghan McLaughlin is set to undergo surgery on his jaw today after being on the receiving end of ...

Eoghan McLaughlin is set to undergo surgery on his jaw today after being on the receiving end of a strong challenge from  John Small during Saturday's All-Ireland semi-final.

"Westport GAA extends our best wishes to Eoghan McLaughlin who undergoes an operation for a double jaw fracture today," the statement read.

"We look forward to seeing Eoghan back in the green and red of Mayo and blue of Westport soon."

McLaughlin suffered the injury at Croke Park after he and Small collided in the second half of Saturday's clash. Mayo ended Dublin's long unbeaten championship run on the day, beating the reigning champions by 0-17 points to 0-14. 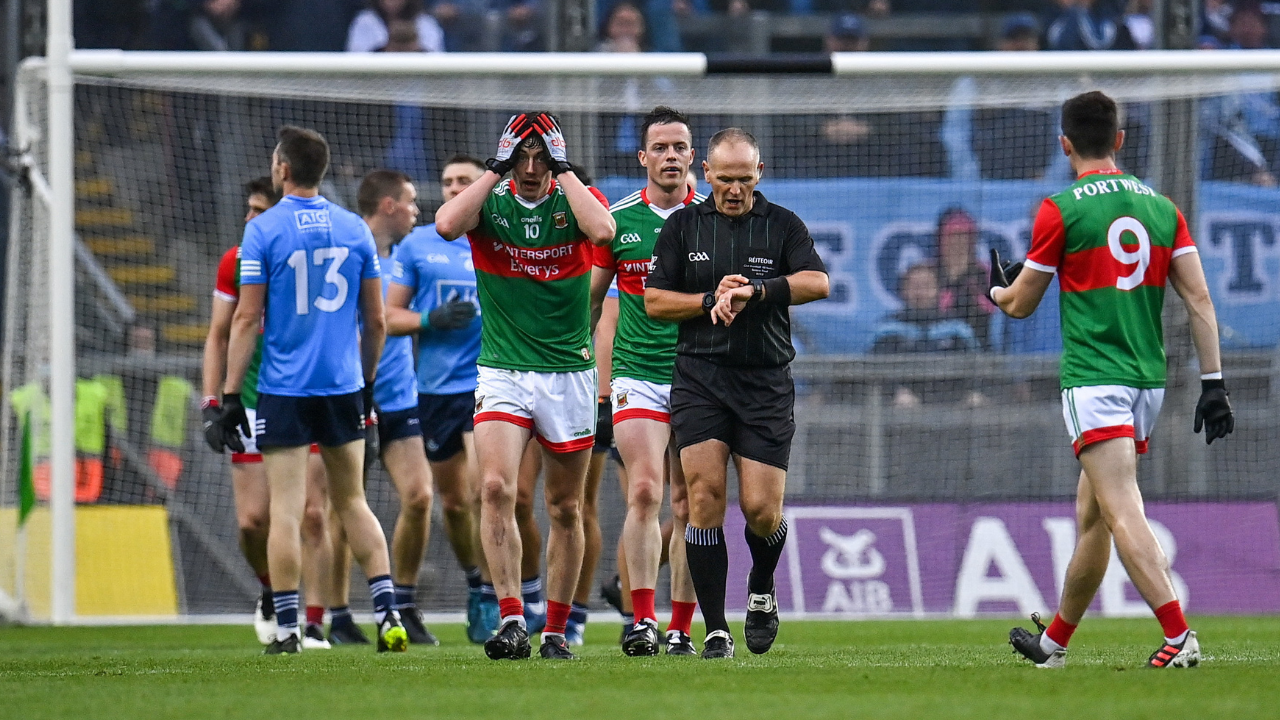 There has been plenty of discussion around the legality of Small's challenge over the past 24 hours. Former Dublin manager, Paul Caffrey does not believe the tackle merited a red card, despite the fact it led to McLaughlin being stretchered off the pitch.

"I think Small went in very hard with his shoulder," Caffrey said.

"I have watched it back several times in slow motion and for me, it is never a red card."

Former Mayo footballer, Billy Joe Padden disagreed with Caffrey's assessment and feels Small should have been shown a red card by the referee, Conor Lane. 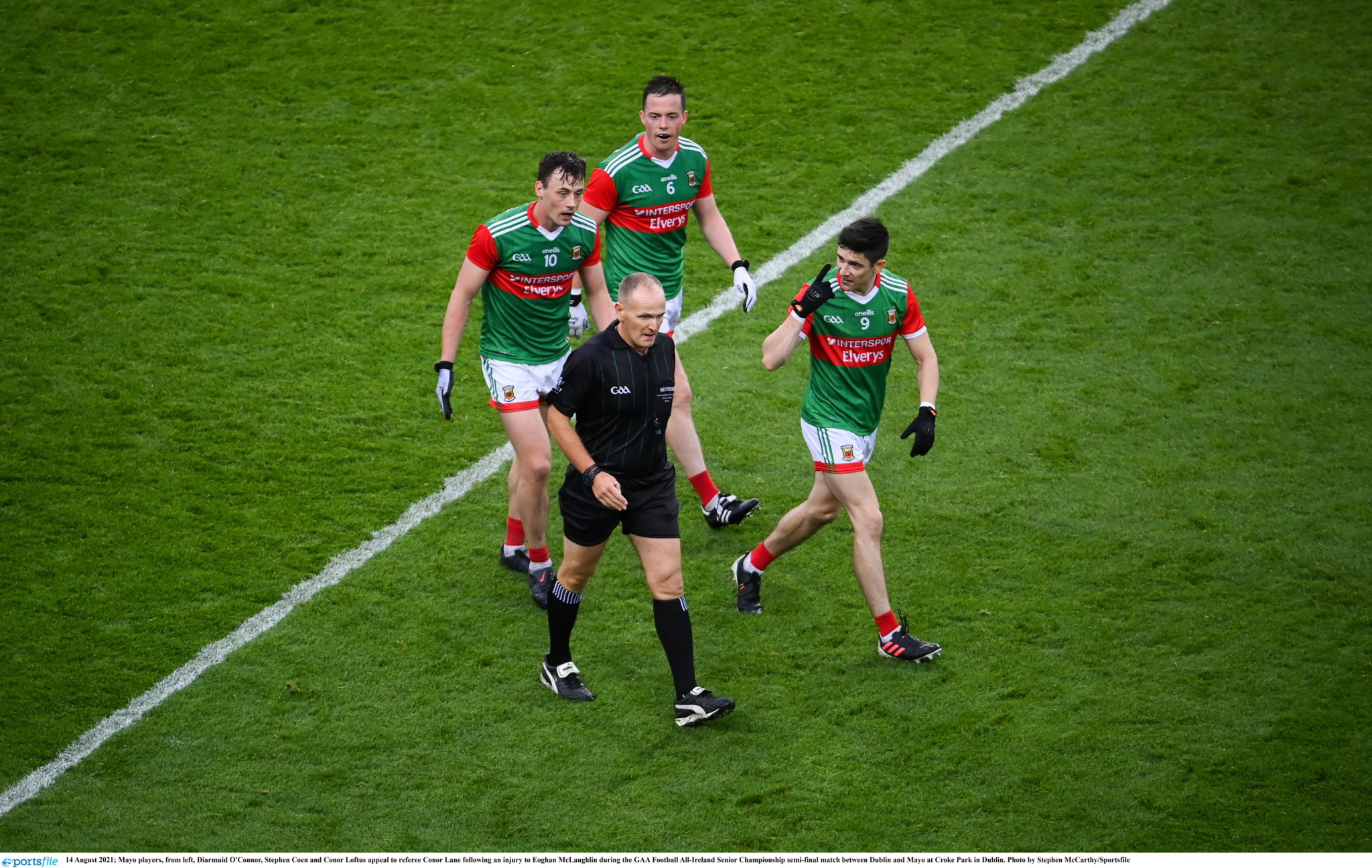 Mayo manager, John Horan was extremely displeased with the leniency shown to Small after the challenge on McLaughlin.

"The thing that bothered me the most is you know when a player is in bother the way they fall to the ground," Horan said.

"They can't really protect themselves because they're either unconscious or knocked out.

"I saw the way Eoghan fell with that hit and what bothered me was the play went on and Dublin had a goal chance.

"That ball could have gone in, what happens then?

"It could be a very different game but my main concern was was Eoghan ok? I thought the game should have stopped." 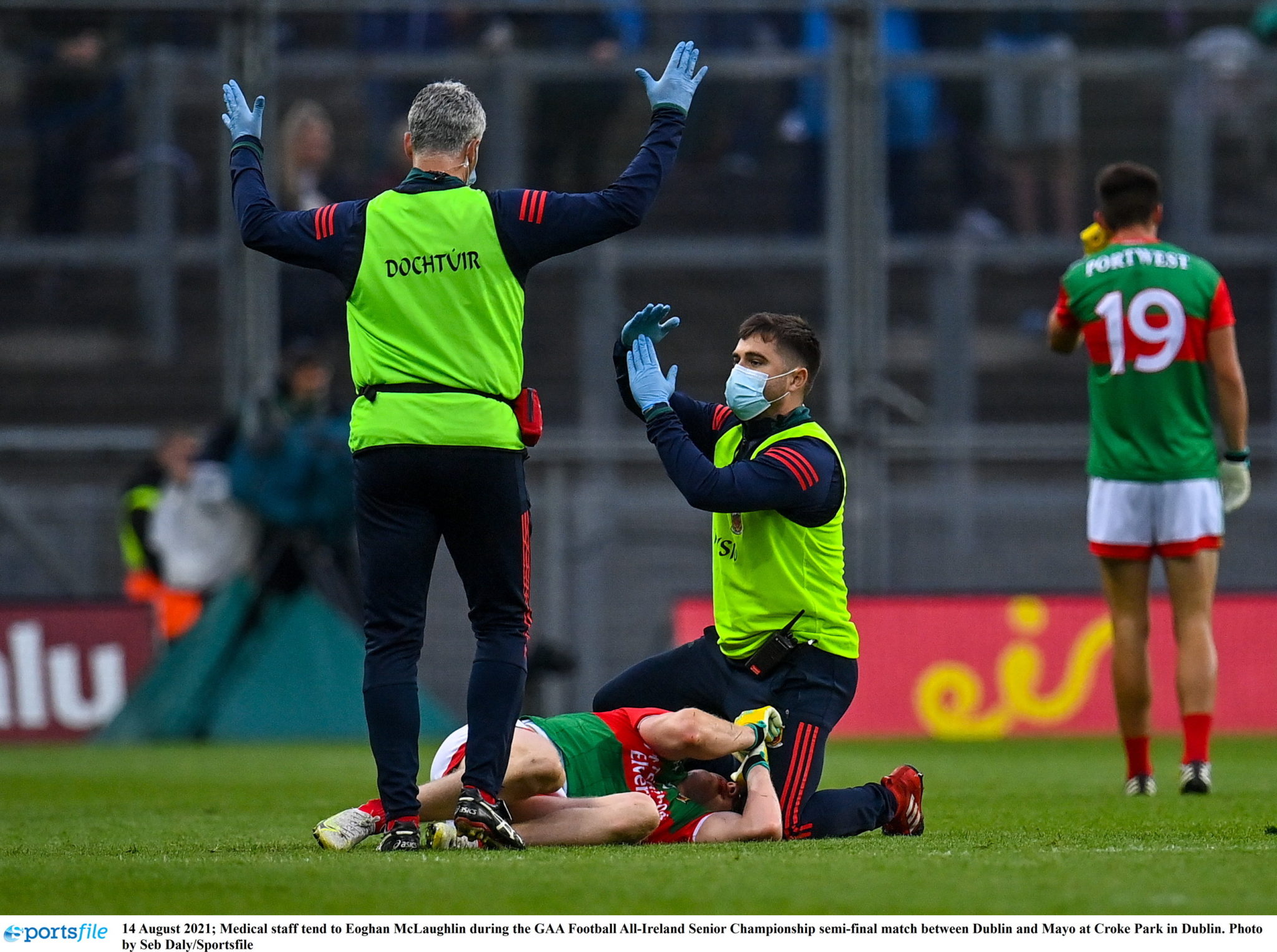 Horan was ecstatic after Mayo got over the line, knocking the Dubs off of their perch in the process.

The focus now turns to the All-Ireland final on September 4th where Mayo are scheduled to meet Kerry.

Dublin and Mayo reveal their teams for All Ireland football final

Horan: Mayo need to win opposition kick-outs if they're to beat Dublin