Ahead of this weekend's three provincial finals, Enda McGinley considered the bearing half-time changes have had on Cavan, Tipperary and Meath in this unusual championship year.

For three of this weekend's six provincial finalists, their championship has at one stage or another looked in great peril.

In Munster, Tipperary required extra-time to overcome Limerick after trailing by seven points at the half-way mark. Meath scored only 0-4 of their 5-9 tally against Kildare in the first 35 minutes of their Leinster semi-final last weekend.

"Lads were very much aware that we hadn't performed," manager Andy McEntee admitted of Meath's outlook at half-time, "but at least we had another 35 minutes or more to put that right."

Meanwhile in Ulster, after Cavan impressively came from behind to defeat Monaghan in the quarter-final, serious questions were being asked with Down eight points ahead at half-time in the semi-final.

In every instance, the teams rallied and delivered a second-half performance worthy of their eventual win.

Yet, why has their been such a disparity between first-half performances and second? Why can these evidently capable teams not demonstrate their best selves from the outset?

"Every manager and player asks themselves those same questions," Enda McGinley explained to OTB Sports, the former All-Ireland winner with Tyrone no stranger to such turnarounds.

Assessing Cavan's progression to this weekend's Ulster final with Donegal, McGinley examined the dynamics that he believes to have been at work in their bumpy ride to this point.

"Cavan demonstrated for a me a wider trend that I've seen develop within the game," he outlined. "They will have come in to both of their games with very clever, carefully thought out plans. Fellas will have had multiple things going on in their head: who to track, where to position, what the team ethos is, how will we defend, etc.

"There is an information overload, perhaps - paralysis by analysis, that old term. So, I think they are coming out initially over-thinking things. In the second-half then, the shackles are thrown off. They decided to push up and have a go.

"While there has to be tactical awareness, I think it sometimes limits teams and players are playing the game within their own head. When they do fall behind then, the handbrake comes up and they realise there's nothing to lose. 'Boys, forget about everything and just bring it. Cut into these guys.'"

Although McGinley allowed that players are so hard-wired with tactical analysis that they can never really cut loose in the truest sense, it is only when all appears lost that they can demonstrate the best of their preparation and innate footballing talent.

Nevertheless, as Tipperary, Meath and Cavan overturned negative situations for their own benefit, Limerick, Kildare and Down were left with the sinking feeling of a second-half collapse.

"One of the biggest things in Gaelic football is the thought of choking," McGinley insisted, drawing on an example from his own playing days. "Nobody wants to throw away a big lead." 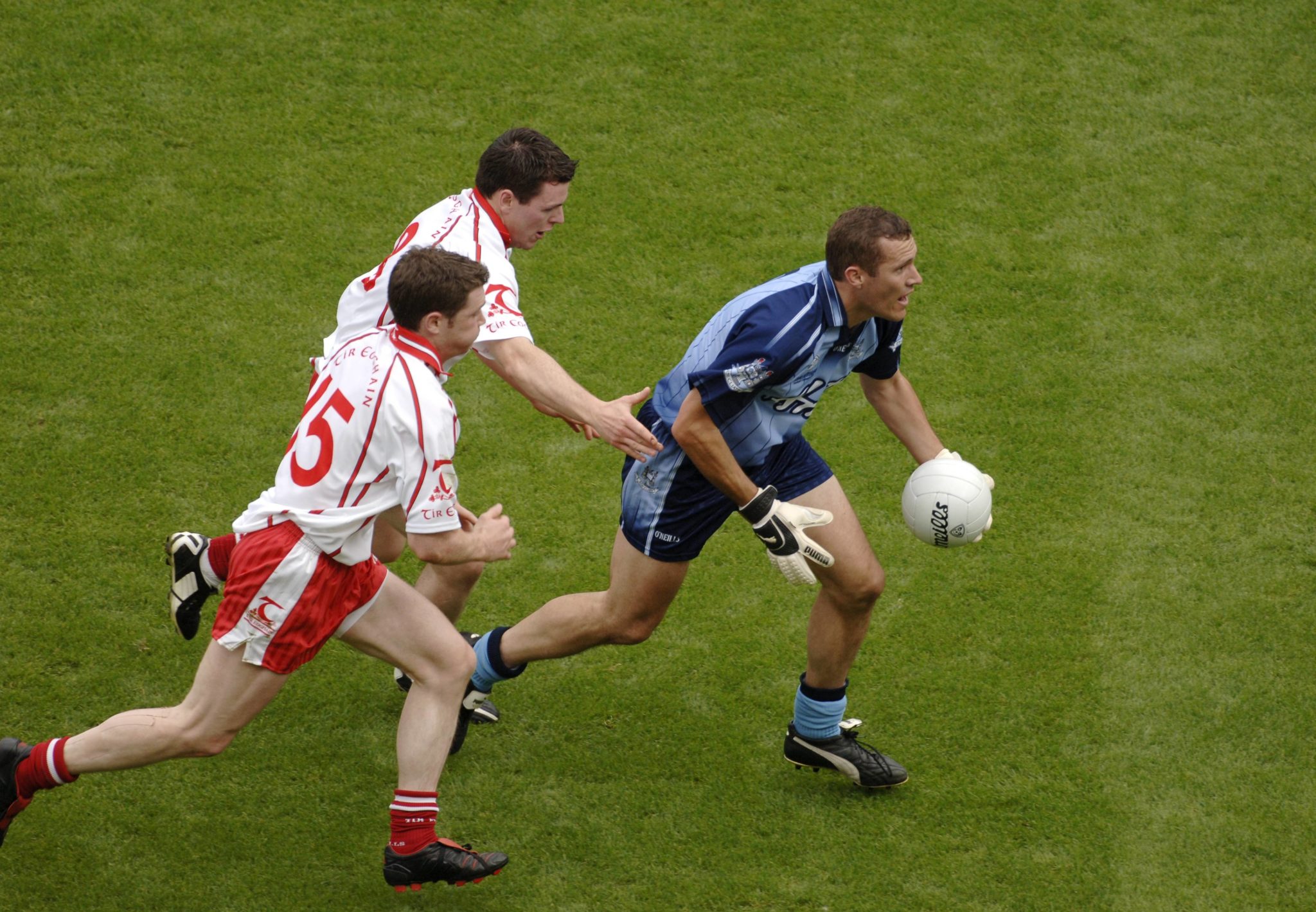 In the 2005 drawn All-Ireland quarter-final between Tyrone and Dublin, a narrow lead for Dublin at the half-way mark did not do justice to their dominance.

"Alan Brogan was leading us on a merry dance from centre-half forward that day," McGinley recalled. "[After half-time] Joe McMahon went in on him and Conor Gormley came out. I got moved out as well I think to midfield.

"It is funny looking back now, but Dublin had been the bridesmaids a number of times at this stage. We felt in Tyrone that there was probably a psychological weakness there because they never had gotten over that line on the big day.

"We had much more in us and we could bring that. All you have to do is start turning the tide and close down the lead a wee bit. As soon as you manage that, you're getting more and more momentum as they feel more and more pressure."

On their way to winning a second All-Ireland final in three years, Tyrone cruised by Dublin with a seven-point winning margin two weeks after the drawn game.