Having been sprung from the bench in their first game at GAA HQ, Donaghy helped Fitzmaurice's side salvage a 1-16 apiece draw.

Speaking on Saturday's Off The Ball with Nathan Murphy, the former Kerry boss insisted that the decision to bring Donaghy on was a bigger gamble than it appeared.

"It was funny, in the drawn game he hadn't played a lot of football up until that point in the summer," he said.

"He had a hip-groin injury for the earlier part of the year and he hadn't really got a flow going. For the All-Ireland quarter-final game, we didn't even bring him on. He was very disappointed.

"In training afterwards, he was playing in midfield for a few sessions. I spoke to him about getting some form going that he'd need to be out in the middle of the field.

"He'd need to be working and getting on ball. It was more all or nothing in the full forward line the way he played. It can be great when you're in form, but tough if you're looking for a bit of form.

"When we brought him on, it was midfield initially. But Mayo got a penalty that Cillian O'Connor stuck away. By that stage it was go for broke, so Kieran went in full forward." 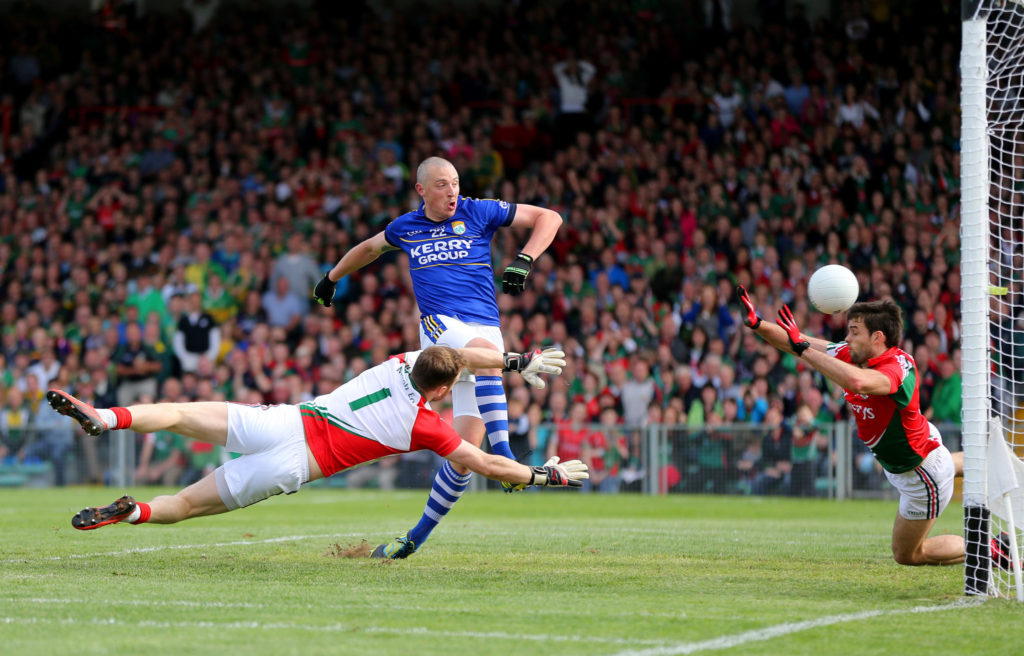 Kieran Donaghy scored a crucial goal against Mayo in Limerick.

Kieran O'Leary brought the game to a replay after his injury-time point, but the performances of Donaghy and James O'Donoghue – who scored 1-3 – will be remembered for turning the game in favour of the Munster champions.

"After that for the following week, we went from the start with Kieran. Certainly when we'd had the chance to think about it - his history against Mayo and what he'd done in the past against them - he potentially could do a job.

"For the second game there was a little bit more clarity in our thinking, whereas for the drawn game it was an all-or-nothing move at the end."

Asked whether the it was difficult to remain calm when making season-defining decisions such as that, Fitzmaurice added: "I think you have to be [calm]. You need to try stay as clear-headed as you possibly can to make decisions.

"I found was able to stay quite calm. But it's all based on how that decision works out."

'I shouldn't have been dropped' | Sexton can avoid Donaghy's 2015 fate

'He'll fight back, he's no other choice' | Fitzmaurice on O'Donoghue's injury