Longford footballer Mickey Quinn joined OTB AM to discuss the upcoming All-Ireland winter championship, and had some useful tips for looking to beat the Dubs.

While recognising that beating Dublin was going to be hard work for anyone, Quinn identified some areas that Meath might look to exploit.

Limit goal chances for the Dubs 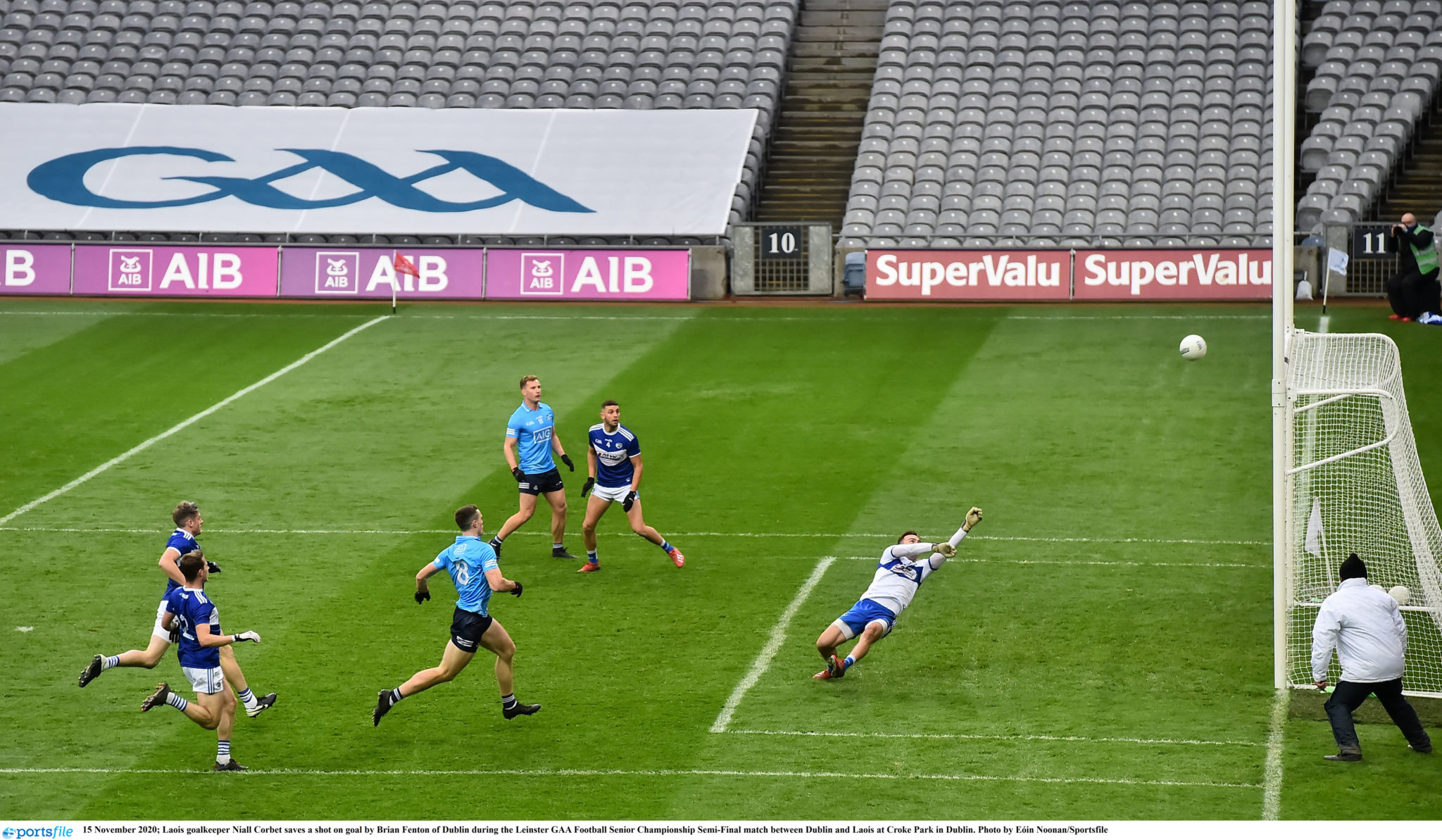 "Then you have got to be able to force them to make those turnovers." 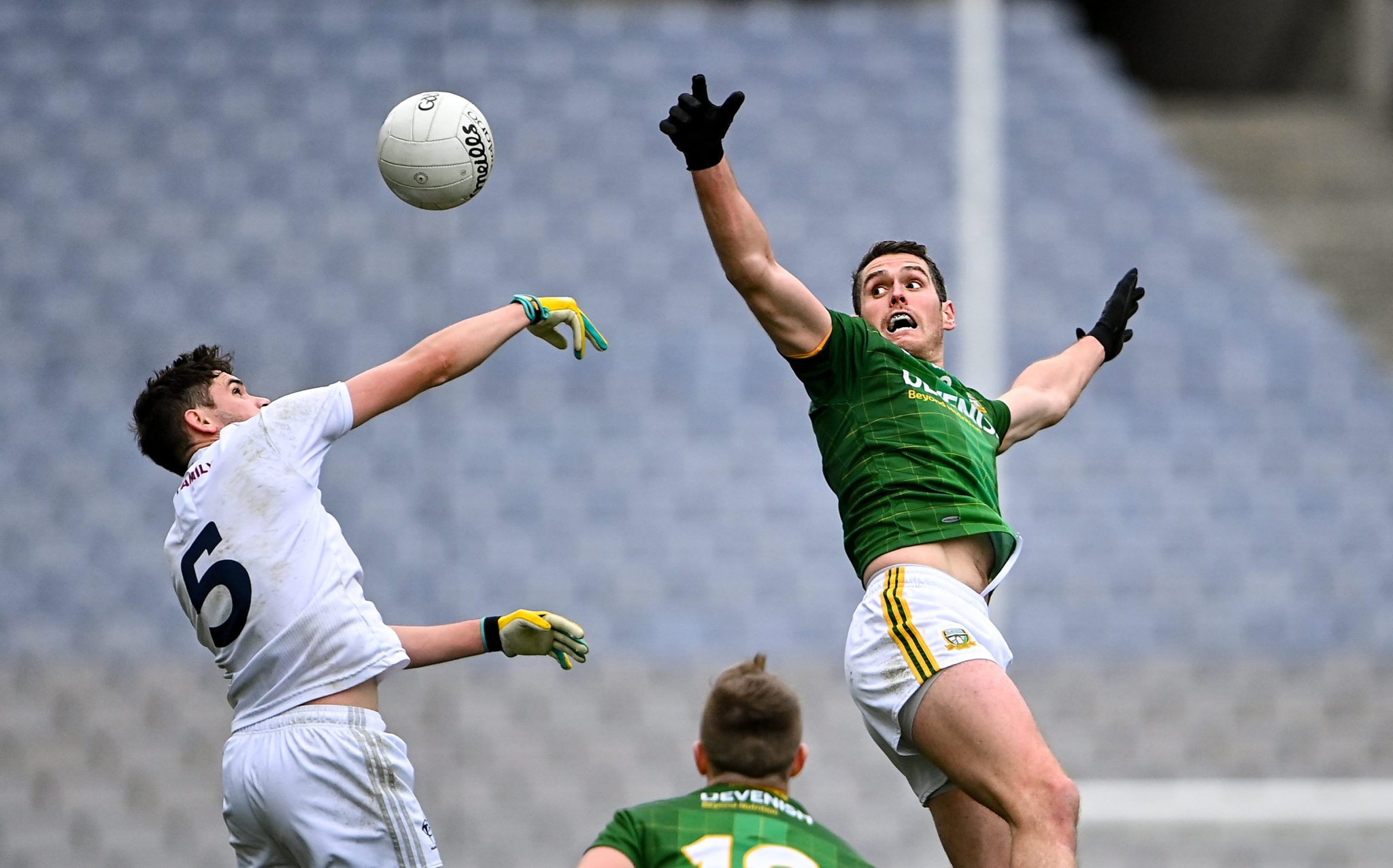 15 November 2020; Bryan Menton of Meath in action against David Hyland of Kildare during the Leinster GAA Football Senior Championship Semi-Final match between Kildare and Meath at Croke Park in Dublin. Photo by Piaras Ó Mídheach/Sportsfile

"Dublin's first half performance against Laois was something that stands out - they had 14 negative turnovers attacking inside 45.

"14 times they went inside and the ball came straight back out. That is very unlike Dublin - they had 52 entries in total to the attacking 45 and they had a total of something like 25 negative turnovers.

"You have got to make turnovers."

Transition at the Dubs quickly 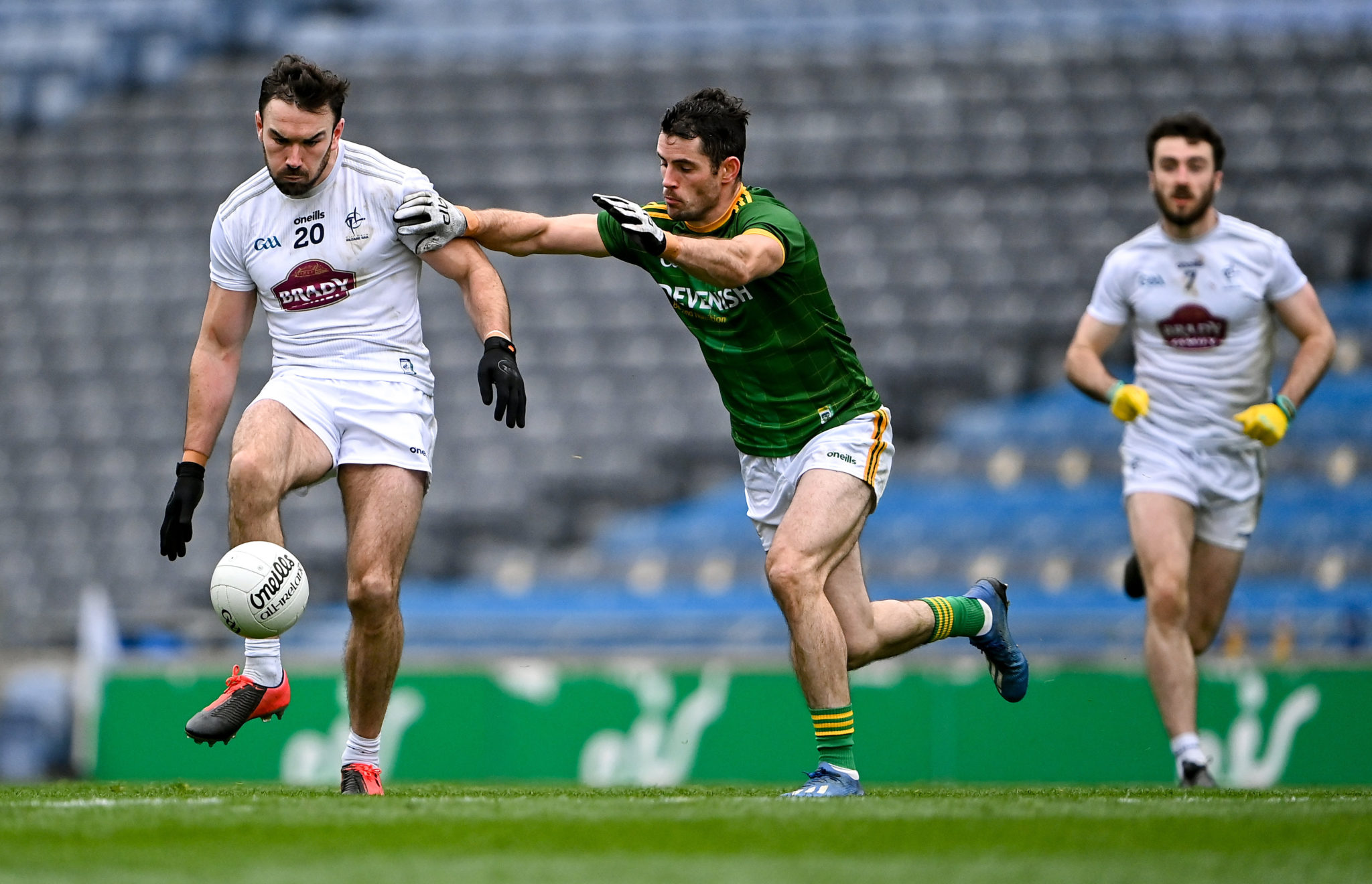 15 November 2020; Fergal Conway of Kildare in action against Donal Keogan of Meath during the Leinster GAA Football Senior Championship Semi-Final match between Kildare and Meath at Croke Park in Dublin. Photo by Piaras Ó Mídheach/Sportsfile

"You need to transition at pace, quickly, and get those numbers with that break.

"That is where most people - and Jim McGuinness has mentioned it too - believe is the second point to beating Dublin. There is no point setting up defensively and sitting back waiting for the floodbanks to break. You have to be able to go at them when you get the chance.

"Transitioning at pace is going to be huge. Those negative turnovers are something when you do get a turnover, you have got to go quick and support your play.

"That is where Dublin are very good at cynical fouls high up the pitch and getting away with them." 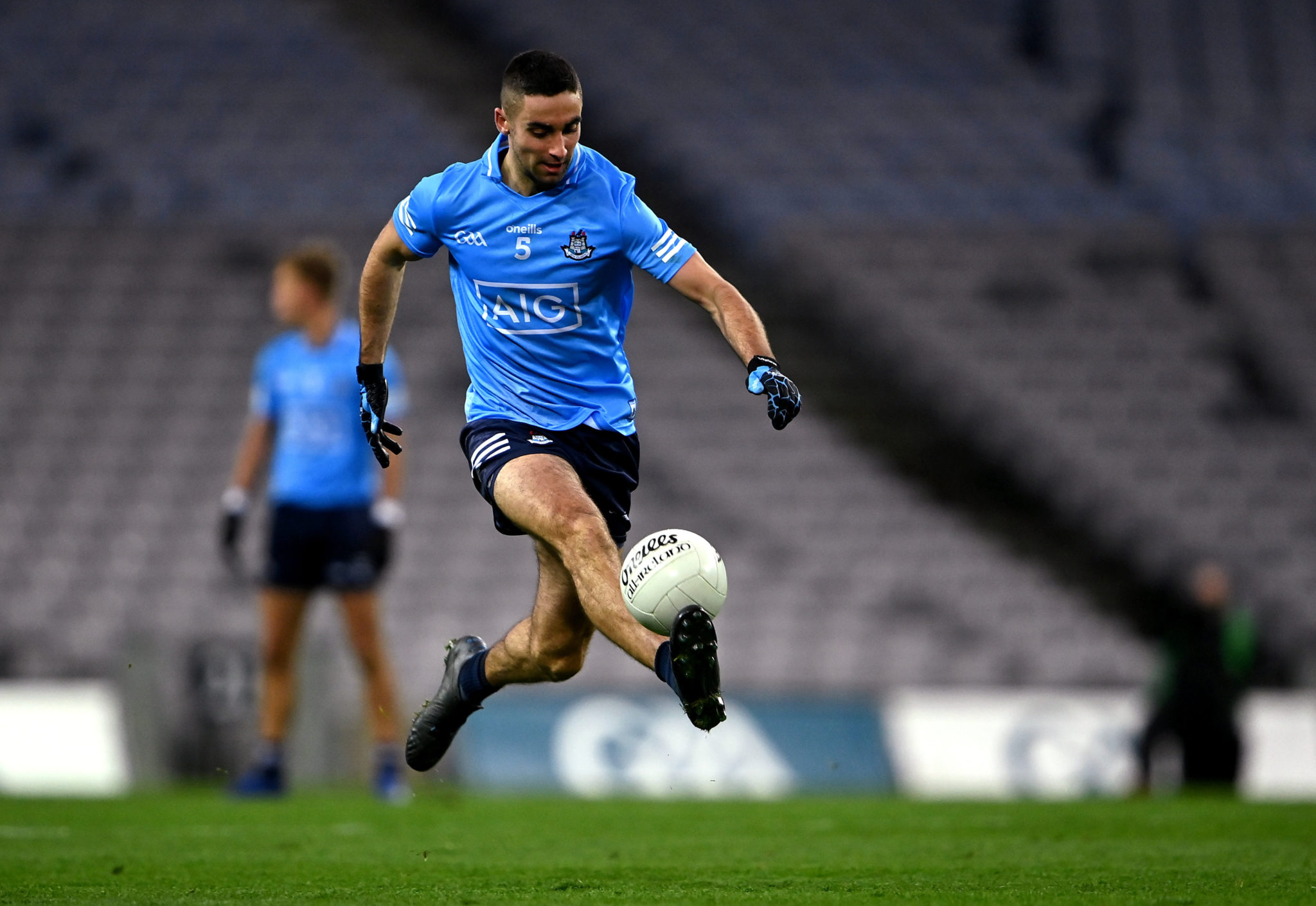 "Once you get that high up the field, you have got to take your chances. Shooting efficiency is going to be huge, and where your shots are from.

"Dublin will force you to shoot from outside your scoring area, or where you want to shoot from. But trying to get inside that defensive line - that is up to your inside-forwards and the forwards to run at their man, take them on and get by them."

Win own kickouts against the Dubs 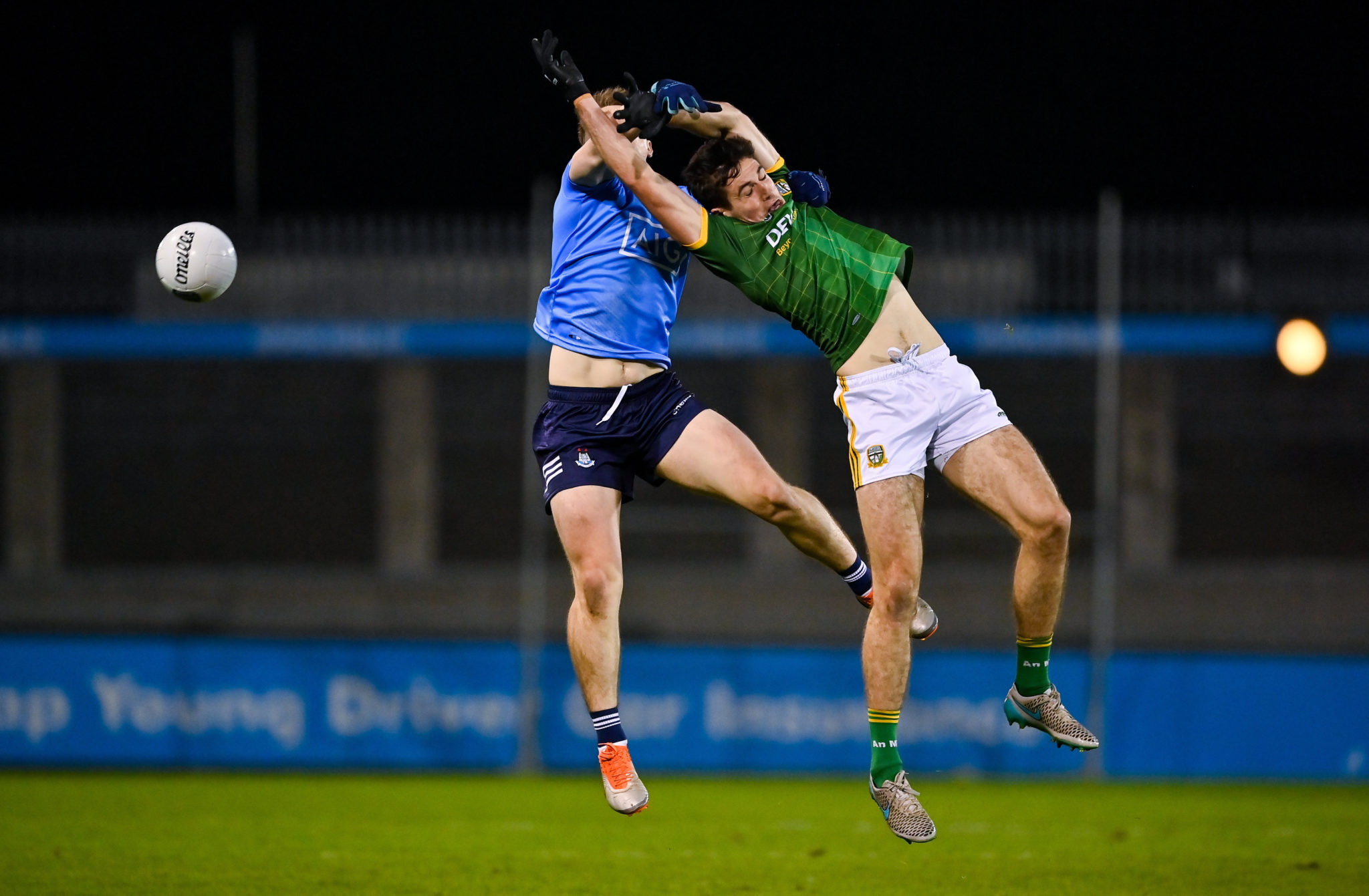 17 October 2020; John Small of Dublin and Ethan Devine of Meath contest a kickout during the Allianz Football League Division 1 Round 6 match between Dublin and Meath at Parnell Park in Dublin. Photo by Brendan Moran/Sportsfile

"If we look at Laois over the weekend, they probably had 30-35 kickouts at least and you have got to make the most of them.

"That is what Dublin want - they can set up a 4-4-3 press high up the pitch, and when you're kicking long to Brian Fenton and James McCarthy in midfield, they are really going to hammer it right back in on top of you again and you're starting from scratch."

"He had my back" | Kennelly on Ciaran McDonald and International Rules