Dublin 0-17 Waterford 1-10 Champions Dublin became the first side to book their place in this yea...

Champions Dublin became the first side to book their place in this year’s TG4 All-Ireland Senior Championship semi-final, but only after a ferocious Group 3 battle with Waterford at Baltinglass.

Captain Sinead Aherne kicked 0-6 for Mick Bohan’s side, who opened their campaign with a three-point triumph over Donegal last weekend. Their Munster counterparts provided a stubborn resistance and when Roisin Tobin shook the net on 44 minutes, just a single point separated the teams.

However, Dublin showed all of their big-game experience to get themselves over the line and put both Waterford and Donegal out of the running for top position in the group. 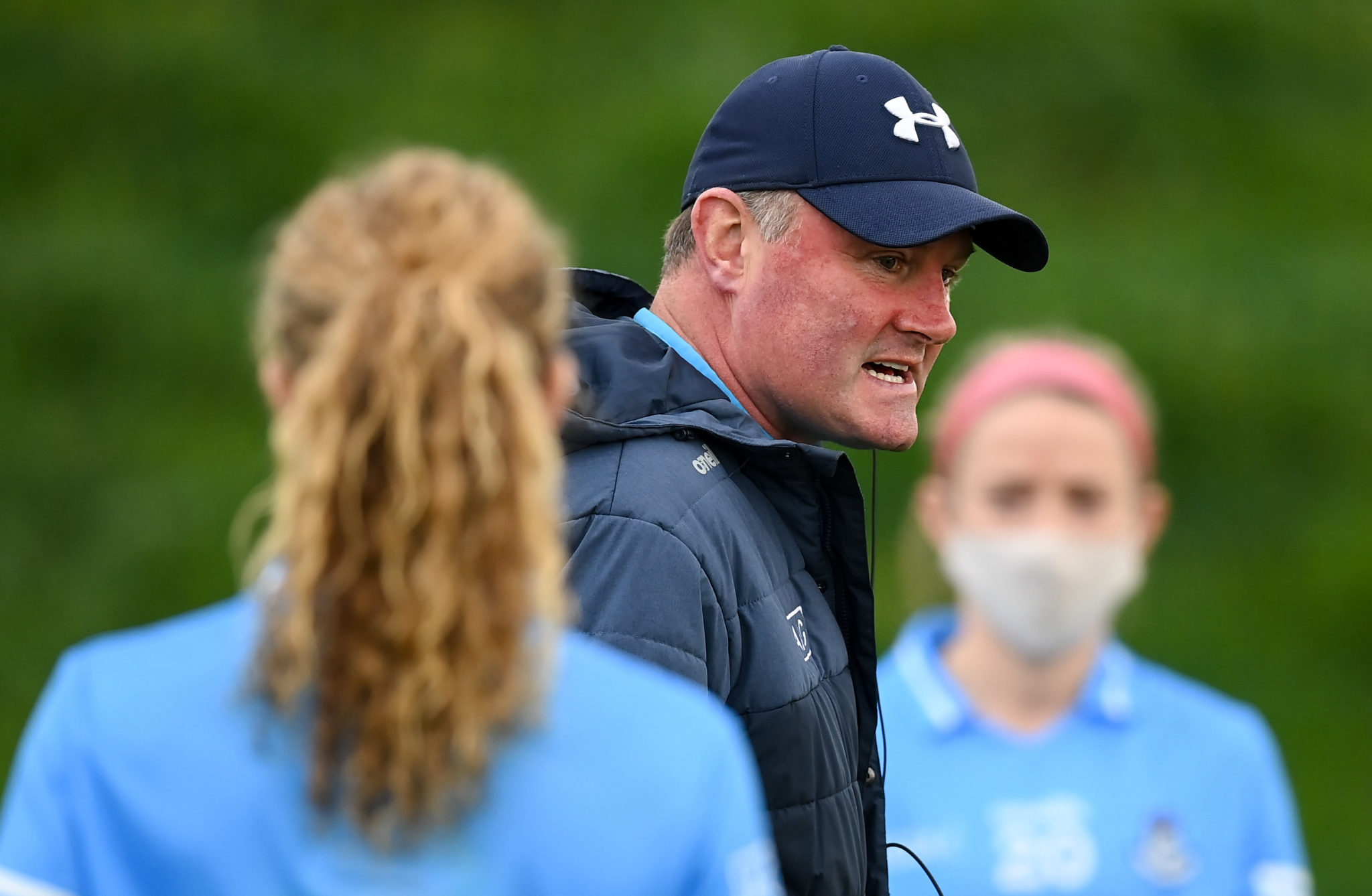 Dublin initially set out their stall with points from attackers Aherne and Caoimhe O’Connor, before Fennell split the posts at the opposite end. Tobin cancelled out another Aherne score to keep Ciaran Curran’s charges in touch, but the holders proceeded to dominate the remainder of the first-quarter.

Sarah McCaffrey, Carla Rowe, O’Connor and Niamh McEvoy rattled off four points in as many minutes to give Dublin a 0-7 to 0-2 cushion at the first half water break. The Metropolitan outfit subsequently increased their lead with Aherne’s third of the opening period, only for a resilient Waterford to storm back into contention.

Katie Murray, Fennell (two) and Aileen Wall all found the target to move the Deise women several steps closer to their high-flying opponents. Dublin lost Lauren Magee to a yellow card on 27 minutes and despite a fine contribution from Rowe, another superb score by the impressive Fennell meant their lead stood at 0-9 to 0-7 during the interval.

The Dublin defence held firm under increased pressure on the resumption and wing-back Orlagh Nolan roamed forward to edge them further in front in the 38th-minute.

They looked set to push on when Rowe and Davey raised white flags in quick succession, only for Waterford to once again display their mettle. After running straight down the heart of the Sky Blues defence, Wall released the advancing Tobin for an unstoppable strike beyond the reach of Ciara Trant.

Dublin suffered a further set-back when key defender Martha Byrne was sin-binned on 49 minutes. But instead of being reined in, Dublin moved three in front courtesy of a two-point salvo by 2018 Footballer of the Year Aherne.

Waterford persevered in the closing moments and Fennell’s seventh point of the tie offered them a fighting chance. Yet with substitute Lucy Collins and Aherne hitting the mark either side of this score, Dublin had done enough to secure a last-four spot.