Mick Bohan once believed that winning an All-Ireland was enough.

After guiding Dublin to a third successive All-Ireland senior ladies championship this year, he discovered this not to be the case among his own players, however.

"I didn't realise it until after this All-Ireland final," he admitted on Thursday's OTB AM, "but one of the biggest disappointments this team have had is their performances in this year's final."

On a wet and windy afternoon in Croke Park, Dublin, the heavy favourites going into the final against Galway, eventually won on a scoreline of 2-03 to 0-04.

Although it looked on occasion like Galway may cause an upset, the welcome competitiveness of the tie didn't mask what was a game somewhat lacking in quality.

With the exception of Sinead Goldrick's goal for Dublin on the 22nd-minute mark and Sarah Conneally opening point for the Tribeswomen a few minutes later, the first-half left both sides wondering what had gone wrong.

While Bohan's Dublin ladies would win out, on what was a landmark day for women's sport with the record-breaking crowd this game attracted they were left disappointed at how it had transpired.

"They know they don't get many opportunities to promote the game. Normally, they get one opportunity to show what they've worked on.

"This year's All-Ireland final was a disappointment and even though they were successful, they didn't reach the standards they'd set for themselves.

"It took me a while to digest that." 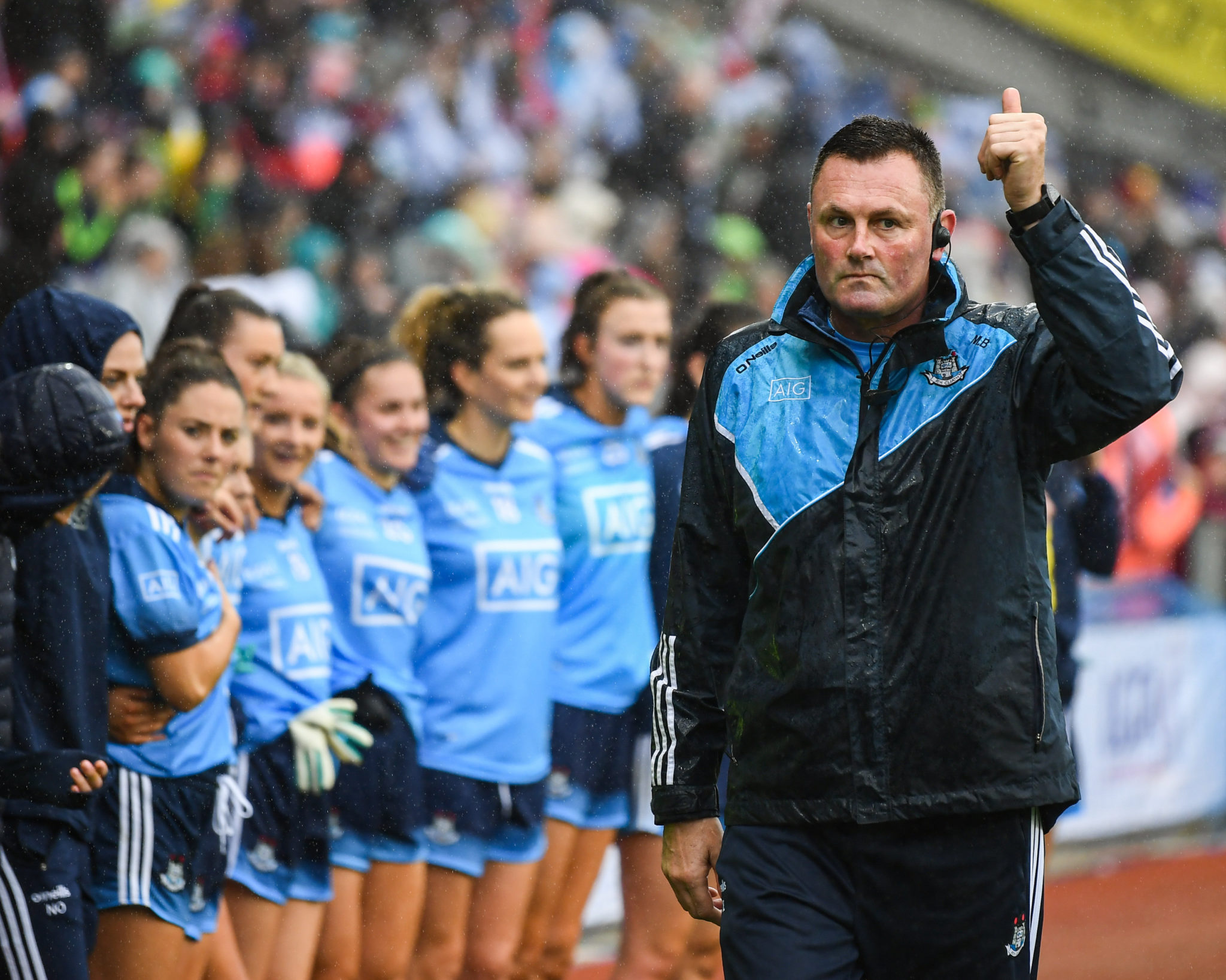 It has been a source of some pride for Irish sport that the All-Ireland Ladies football finals day is now afforded a level of prestige that is deserving.

Nevertheless, Mick Bohan isn't satisfied that a growing awareness of the women's game at an elite level is sufficient.

"The game has changed in terms of how people perceive it," he explained in his role as a 20x20 campaign ambassador. "Obviously the numbers have increased for that day of the year (All-Ireland final), but I think it is way more important that we focus on bigger attendances throughout the year and the exposure of those games.

"There's a huge disconnect between All-Ireland final day and the rest of the year.

"It's not good enough to go and support only one day of the year."

Kick it Out urges Premier League players to take a knee