Journalists Johnny Ward and Tommy Conlon discussed the way that Dublin carry themselves on and off the pitch on the Sunday Paper Review on Off The Ball.

While many lamented the fact that Dublin continued their dominance of the All-Ireland Senior Football Championship, the Sunday Independent’s Conlon and broadcaster and journalist Ward suggested that the capital’s professionalism should be lauded.

In particular, Conlon suggested that Dublin captain Stephen Cluxton should be celebrated for the respect that he pays his opponents after his side wins.

“He spoke to Joanne Cantwell last night, he and Dessie Farrell, for the highlights of the Saturday Game,” Conlon said.

“Stephen Cluxton said a very interesting thing, almost volunteered it, and we got an explanation for something we have seen over the last 10 years.

“It was Cluxton leaving the pitch almost immediately after the final whistle.

“He was almost bashful about saying it, but he said he does it out of respect to the defeated opponents.

“More or less he said that he is aware that the celebrating players are whooping and hollering within earshot of the crushed opponents, and basically he doesn’t want to be a part of that.

“He said he has experienced enough of that himself, he knows what it feels like, and that is why he leaves the pitch and goes back into the dressing room.” 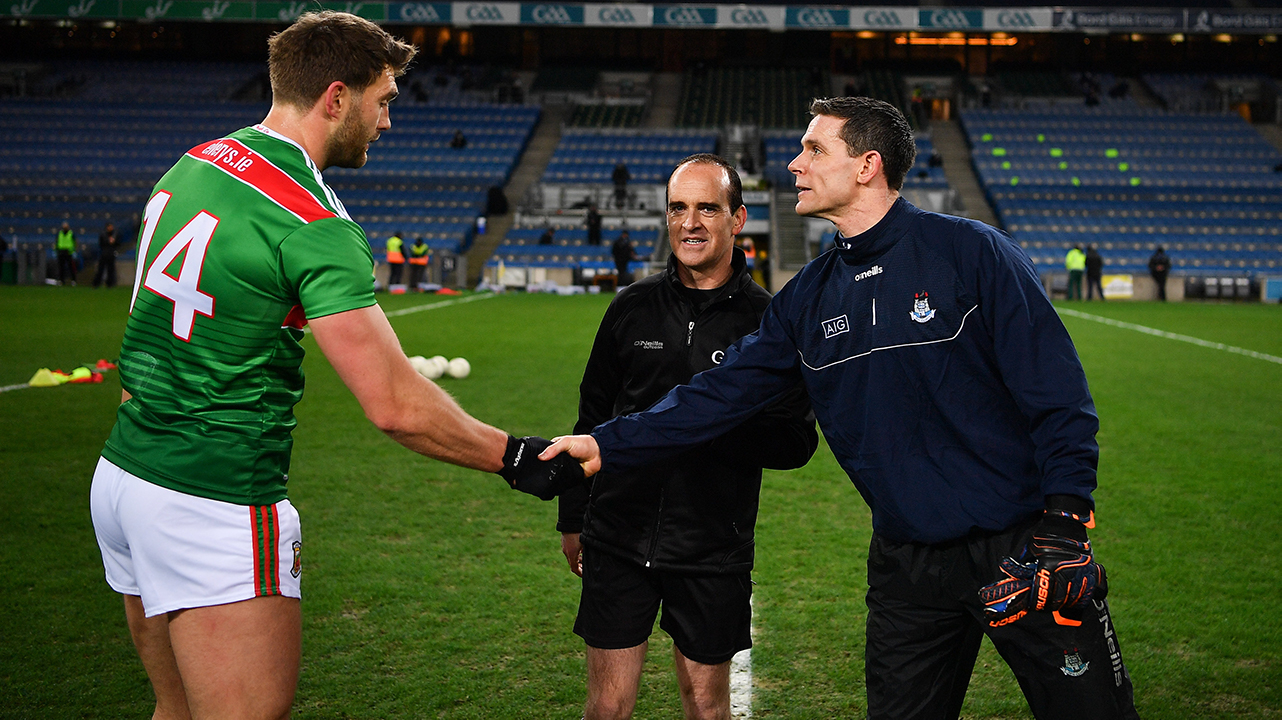 Referee David Coldrick looks on as the two captains, Aidan O'Shea of Mayo, left, and Stephen Cluxton of Dublin, greet each other before the GAA Football All-Ireland Senior Championship Final match between Dublin and Mayo at Croke Park in Dublin. Photo by Ray McManus/Sportsfile

Conlon felt that this sign of respect showed the character of the Dublin captain.

“I thought that was hugely impressive,” Conlon said. “[It shows] a tremendous sensitivity and emotional intelligence, and it is something that he never really explained before. I really admire that.”

Ward agreed, suggesting that Cluxton’s behaviour represents the same respect that the rest of his team have for their opponents.

“That is the thing as well, because they are just such laudable team,” Ward said. “There just doesn’t seem to be any arrogance about them.

“We should never lose sight of how much we should laud [this Dublin team] for the way they carry themselves and the way that they play football.”

Rhys McClenaghan vows to bounce back after 'incredible experience' in Tokyo