Former Mayo footballer David Brady was surprisingly happy after watching Dublin win their sixth All-Ireland in a row on Saturday.

Speaking to OTB Sports after the All-Ireland Senior Football Championship final, the Mayo man would have been forgiven for being disappointed having watched Mayo lose in Croker.

This was not the case, however, as Brady was merely happy to have seen the championship take place at all during the difficult year that was 2020.

“Probably, if you were carried in the emotion of an 83,000 capacity stadium, you’d be zonked,” Brady said.

“I am not really disappointed to be honest with you, because I can obviously see where we went wrong.

“It is not that there was management wrong or that the team went wrong. We just didn’t have the numbers.

“We didn’t have the 20 players to compete; we had the seven or eight.” 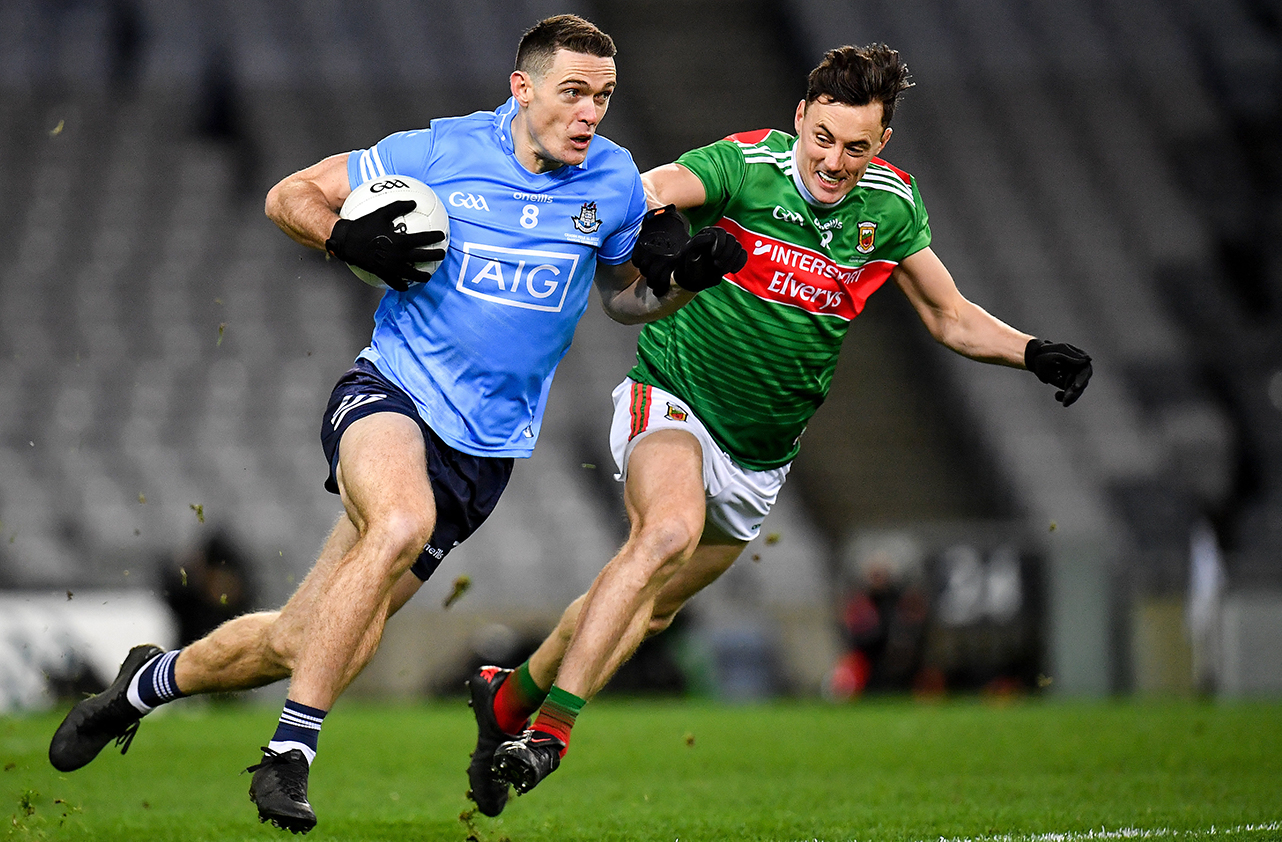 Brian Fenton of Dublin in action against Diarmuid O'Connor of Mayo during the GAA Football All-Ireland Senior Championship Final match between Dublin and Mayo at Croke Park in Dublin. Photo by Seb Daly/Sportsfile

Mayo were well in the game for most of the match, with only five scores separating the two counties at full time.

Brady felt that Mayo did well to keep Dublin to within a single score for much of the game, with Dublin only pulling away in the final quarter.

“Our strong seven and eight cancelled out a lot of what Dublin’s strengths were,” Brady said.

“Not many will look back now at the simple mistakes that Dublin made, the uncharacteristic wides that they made.

“Sometimes they are forgotten about in the shroud of victory, but they are human.

“They are a team that, once you compete with them and once you are in their face and don’t stand off them, they are liable to a few mistakes.” 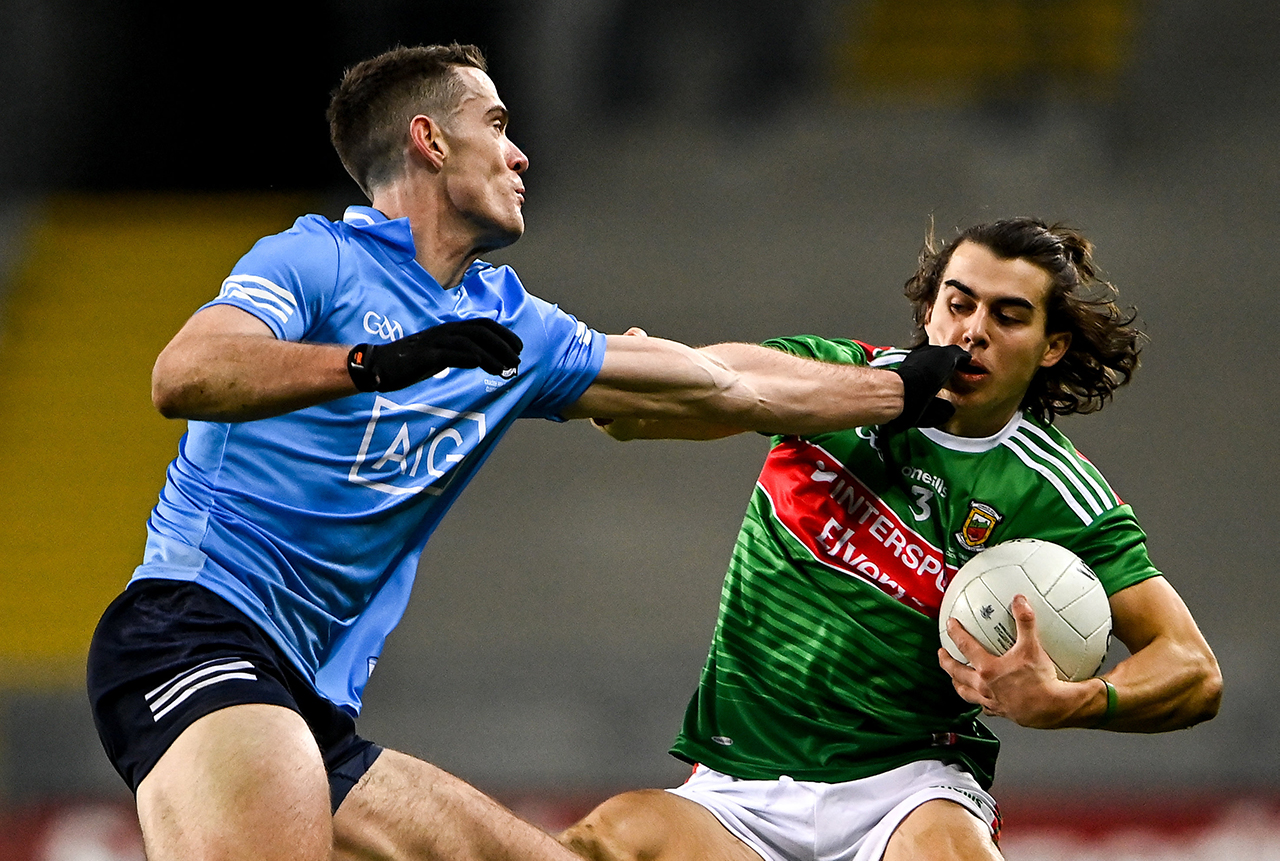 Oisín Mullin of Mayo is tackled by Brian Fenton of Dublin during the GAA Football All-Ireland Senior Championship Final match between Dublin and Mayo at Croke Park in Dublin. Photo by Piaras Ó Mídheach/Sportsfile

While this is no doubt one of the greatest football sides in history, Brady mentioned that their All-Ireland finals are never walk-overs.

“They have never ever walked an All-Ireland final,” Brady said.

While he admitted that, from a Mayo perspective it might not be a great memory, for the sake of history this Dublin side will be remembered fondly by most fans.

“There will pictures and there will be stories and documentaries about them, because they deserve them.