Armagh manager Ronan Murphy spoke to OTB Sports after a tough loss to Dublin in the TG4 All-Ireland Ladies Football semi-final on Saturday.

Armagh were kept out of a Christmas in Croke Park after losing 3-13 to 3-08 in Cavan.

Dublin got off to a flyer, however Armagh never let them get too far out in front, constantly clawing their way back into the match.

Murphy was impressed with the fight that his players showed to stay in the game.

“We got off to a really poor start and clawed our way back in as we do,” Murphy said.

“We really credit Dublin; they didn’t let us settle and they didn’t give us any momentum.

“They broke up play and they really closed the middle on us, so we found it hard to get any sort of rhythm going around the middle.

“We probably went into too many tackles, but [I am] immensely proud of the girls and their performance.” 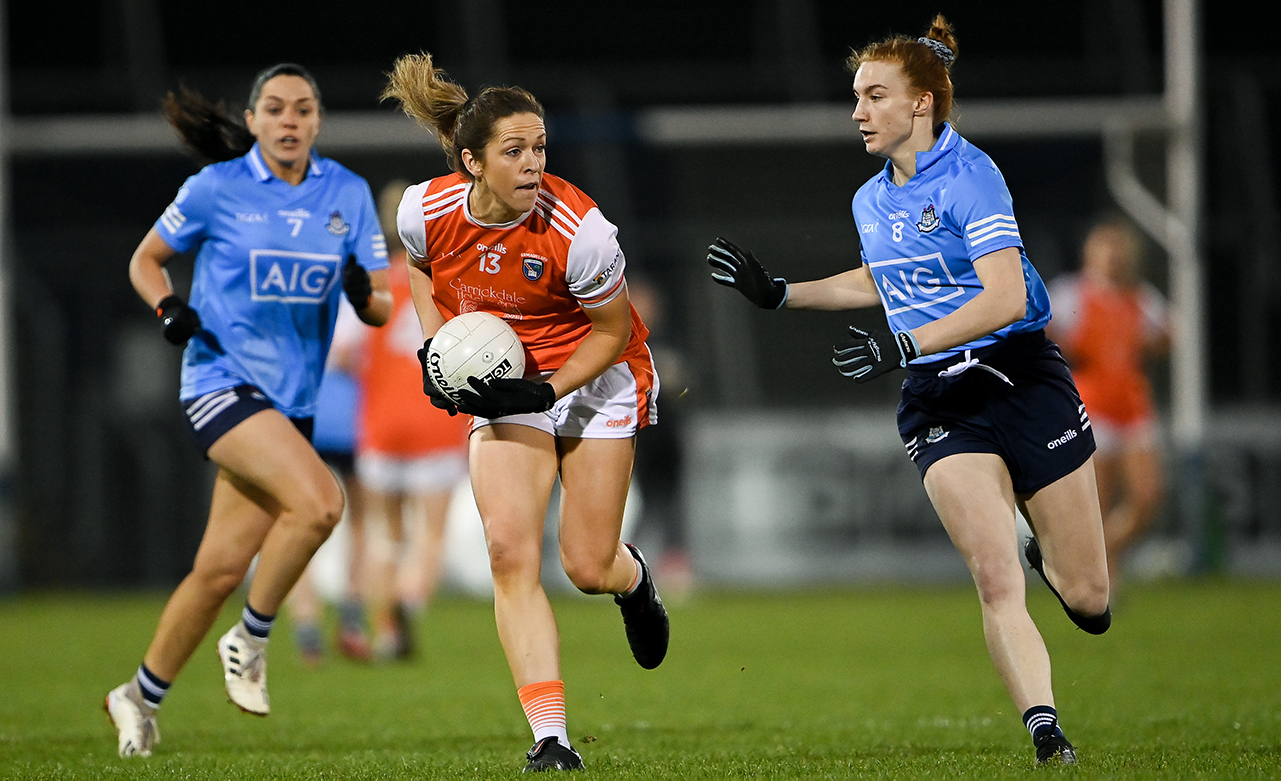 Caroline O'Hanlon of Armagh in action against Sinéad Goldrick, left, and Lauren Magee of Dublin during the TG4 All-Ireland Senior Ladies Football Championship Semi-Final match between Armagh and Dublin at Kingspan Breffni in Cavan. Photo by Piaras Ó Mídheach/Sportsfile

Although he credited Dublin with a good win, Murphy felt that the officiating was not up to the standard required by the occasion.

“I thought there were some big calls that went against us,” Murphy said.

“We were forced to take off a player that got two yellows, or two ticks. Some of the other challenges weren’t even ticked across the field.

“So, some strange refereeing decisions, but you never blame a referee in a defeat.”

Clodagh McCambridge was the Armagh player that was sent off, which Murphy said really hurt his side.

“They score one two when we had Clodagh off, and [she] is an exceptional defender,” Murphy said.

“You have to look at it, but there’s nothing we can do about it now.

“We played some good football when we can, and Dublin came out to make sure to stop us in that flow.

“That is where we are at now, and unfortunately we just have to take it on the chin and move on.”