Dublin may be going for a seventh All-Ireland win in succession, but Andy Moran believes that Dessie Farrell's team will achieve something very special if they get over the line in 2021.

With Stephen Cluxton looking to be the latest player to take leave of the panel, the Mayo native reckons that Dublin's brain drain may finally take its toll.

"I think if Dessie manages to win the All-Ireland this year, it will be some achievement," asserted Moran on the latest installment of OTB's The Football Pod.

"[They have] James McCarthy, Con O'Callaghan, Ciaran Kilkenny, Niall Scully, Jonny Cooper and these guys, but [the absence of] Jack McCaffrey and Paul Mannion now becomes a bigger issue because Cluxton is gone.

"If the opposition can't smell blood this year, we are as well to pack it in." 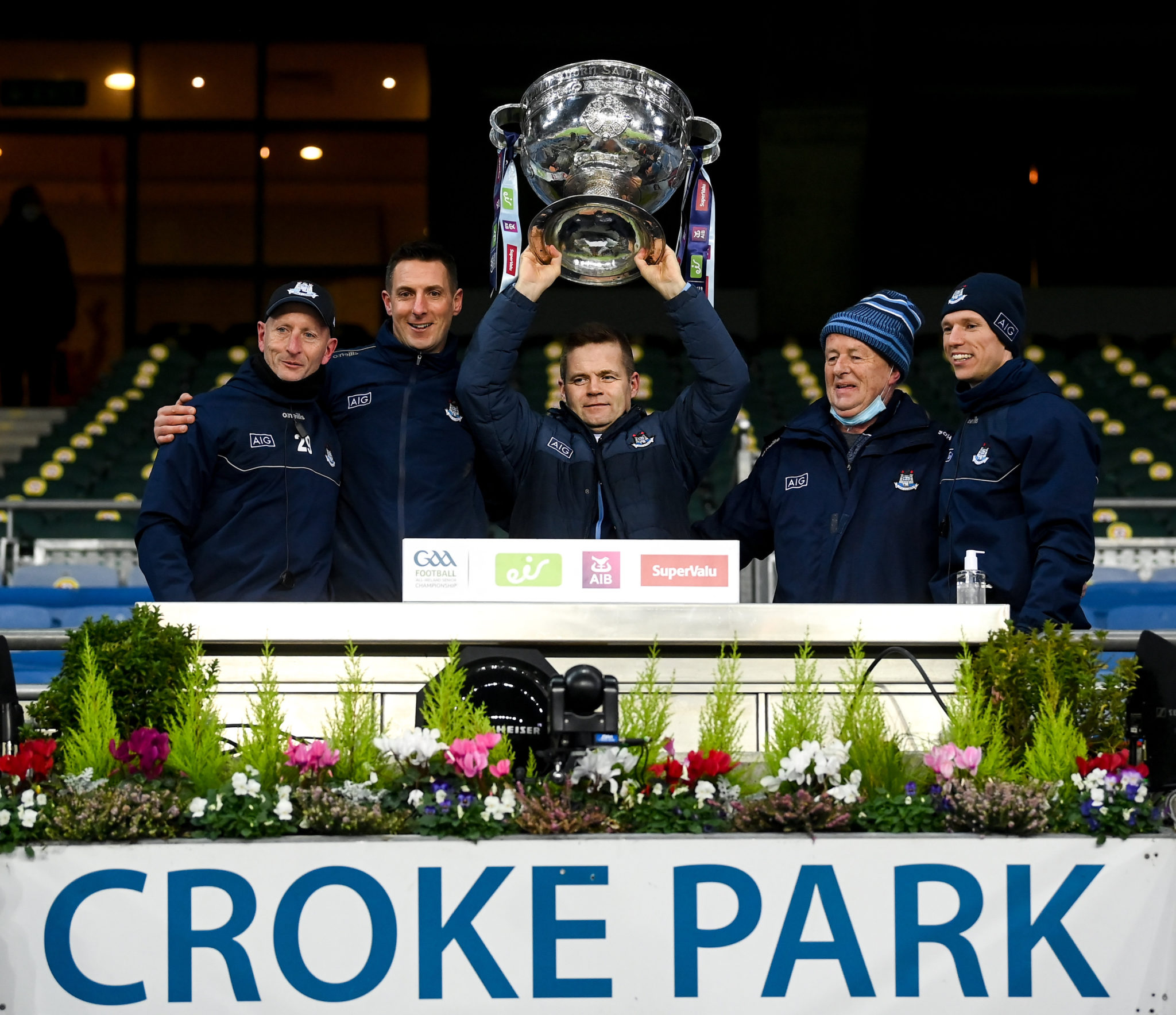 Acknowledging that there are talented players coming through, Moran believes the gulf if probably to vast to overcome in a single season.

"Evan Comerford, however good he is, isn't going to be as influential as Stephen Cluxton," he suggested. "If Jonny Cooper hasn't played much football this year, Seán McMahon is good but not as good as Cooper.

"[Robert] McDaid did exceptionally well last year, but he cannot do what Jack McCaffrey did in 2019. It isn't even the loss of Stephen Cluxton as much in my opinion, it is [the combined loss]."

Andrews: Attention is the last thing on Stephen Cluxton's mind
'Tailteann Cup is a Losers Cup' | McGinley rails against disrespectful GAA
GAA Power Rankings | Are Dublin going to be fine?

Although they will certainly be among the favourites to win the Sam Maguire Cup this summer, seven-time All-Ireland winner Paddy Andrews accepted that Dublin are in a period of transition.

Nevertheless, the task remains the same.

"Dublin will still expect to win the All-Ireland this year," he insisted. "That will be the goal."

LISTEN to Ep. 9 of The Football Pod with Paddy Andrews and Andy Moran right here