Saturday night’s meeting of Tyrone and Dublin at Croke Park could go down as perhaps the biggest game of the season thus far.

The dominant Dubs received their third loss of this year’s league campaign and after winning five of the last six league titles, Jim Gavin's side sit in fifth place and are out of contention. They will miss the league final for the first time since 2012.

Under the lights, they were beaten by a Tyrone team who bore a grudge. A team that were embarrassed by this Dublin side no more than 6 months ago in the All-Ireland final. A team they hadn't beaten in six years.

And, as there always is between Dublin and Tyrone, there was a championship niggle in the game even even at these early stages of the year.

This physicality at times may have crossed the line however.

As Shane Stapleton and Matty Forde showed in today’s Gaelic Football Show, there were a couple of kicks thrown that could be seen as almost harmless, just setting a precedent at most.

But at times the challenges went overboard as Johnny Cooper rested his studs on the arm of a Tyrone player...

And in Paddy Andrews’ case, this niggle had gone so overboard it became detrimental - taking a shoulder to the face, resulting in a broken jaw for the St.Brigids’ clubman. 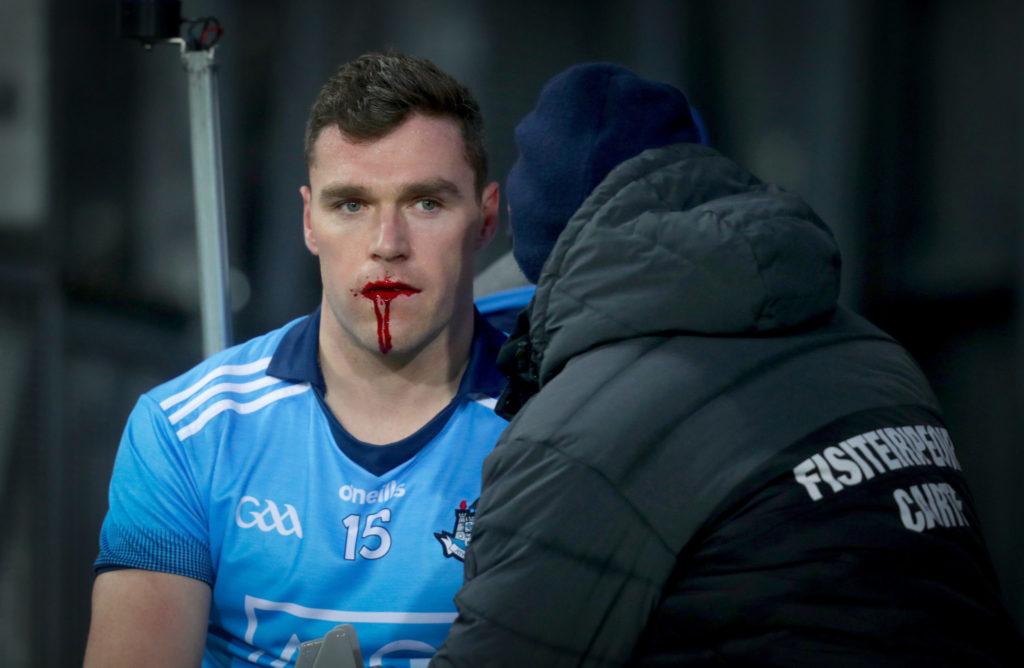 Wexford legend Matty Forde reacted to the physicality of the game and some of the challenges in today’s Gaelic Football Show.

"Stills [images] I think are kind of a bit unfair, you can’t really judge a fella on a still [but] when you see the actual footage of particularly the Niall Morgan [incident] in my opinion, it does look bad," he said

"The still doesn’t look good but then the actual footage doesn’t look great either. You don’t want to see lads getting hurt, but a bit of needle in championship games [is no harm]."

There is nothing wrong with bringing to the league that elusive ‘championship intensity’ that escapes so many counties come May each year, but ruling players out for extended periods (as Paddy Andrews has been) is not what we want to see in these games.

Tyrone goalkeeper Niall Morgan received a yellow card from referee Jerome Henry on Saturday night so no further action can be taken by the CCCC for his above challenge on Andrews. Andrews is reported to have already had corrective surgery to his jaw and will be out for his club’s upcoming championship games.

You can watch the latest episode of The Gaelic Football Show here.

Tyrone, Mayo, Clare and Laois into Round 4 qualifier draw